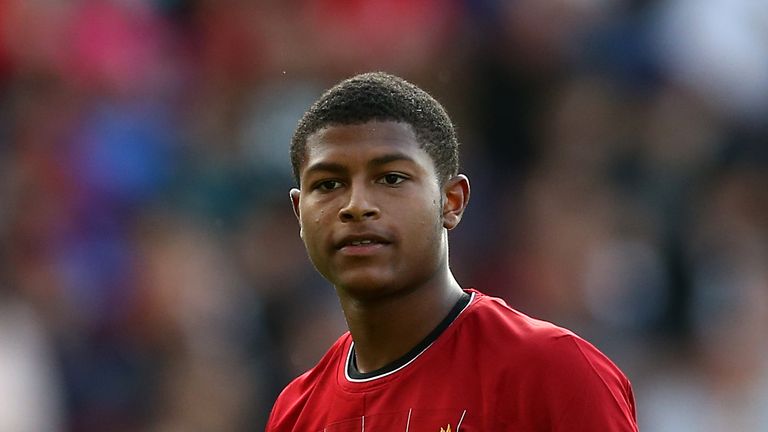 Teenage striker Rhian Brewster is in Liverpool’s squad for their Champions League group game against Napoli, with injured Divock Origi missing out.

The Champions League holders begin the defence of their sixth European Cup title in Naples on Tuesday at the San Paolo Stadium. Also in Group E are Belgian side Genk and Austrian club RB Salzburg.

Brewster, 19, has not been included in a Premier League matchday squad this season. His only first-team involvement this term has been in the 22-man UEFA Super Cup squad.

But Origi’s injury against Newcastle in Saturday’s 3-1 win at Anfield increases the likelihood of Brewster’s involvement against Napoli with Liverpool short on back-up striking options. In fact, Origi’s injury on Saturday prompted the Liverpool U23 coaching staff to substitute Brewster 15 minutes into their match against Derby.

Origi, the Belgium forward, was taken off after suffering an ankle injury in Saturday’s 3-1 win at Anfield and, according to manager Jurgen Klopp, he will undergo a scan to assess the damage.