Rio Ferdinand led the praise of ‘man mountain’ Harry Maguire after England brushed aside Ukraine 4-0 in Rome to reach the Euro 2020 semi-finals.

Gareth Southgate’s side have yet to concede a goal in the tournament so far, and will return home to face Denmark at Wembley on Wednesday night.

Former England defender Ferdinand told the BBC: ‘He (Maguire) brings composure and sometimes the team looks different when someone wants the ball. 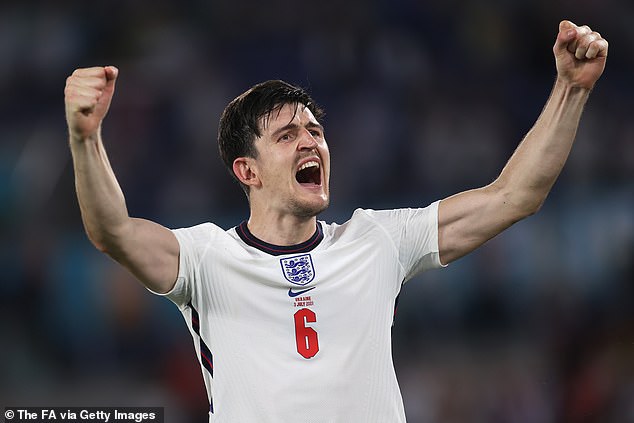 ‘He wants to get on the ball and take pressure off the other players. The team breathes more when he’s in the team. They are a stronger team and a better when he’s there. He’s so comfortable in international football, some players prefer club level or playing for their country.

‘In an England shirt he looks like a man mountain. He comes out and just picks the right passes. You saw in his first game back he was threading balls in the lines. He brings someone in and then plays it through. That’s the difference between him and other centre-backs.’

Frank Lampard claimed the Three Lions ‘are a stronger and better team’ with the Manchester United star. 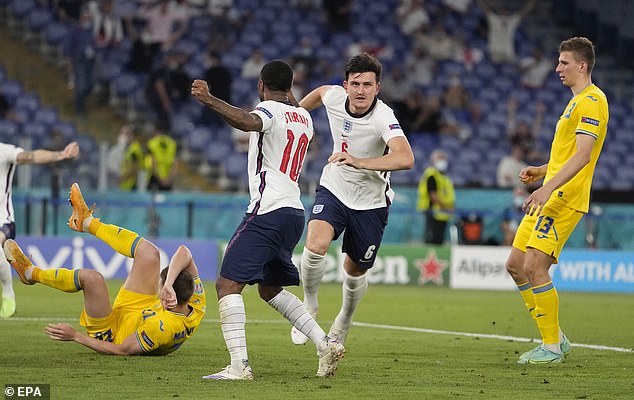 He said: ‘He’s a big lad and sometimes it takes a bit of time to get back to the level. He’s got an authority and an aura in this team.

‘The team looks different when he’s there.’

Alan Shearer added: ‘He’s got the respect of his team-mates who know what he brings to the team.

‘He brings stability. Bearing in mind he missed two games and while Tyrone Mings did very well, he just adds a little leadership to that team. He dribbles out with the ball, we highlighted it a few times over the last week or so, and he can really ping a ball. He can vary that ball forward too.’ 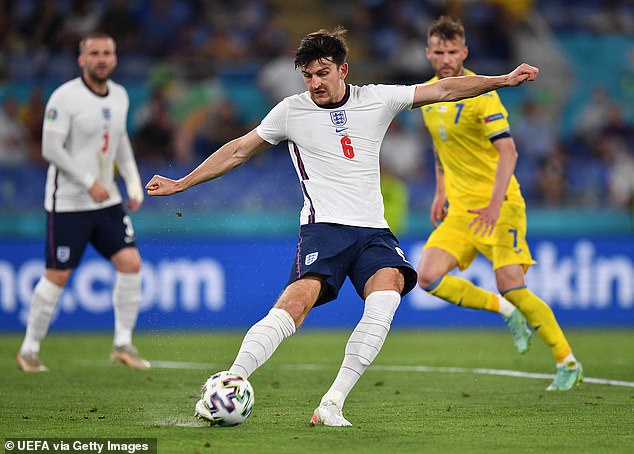