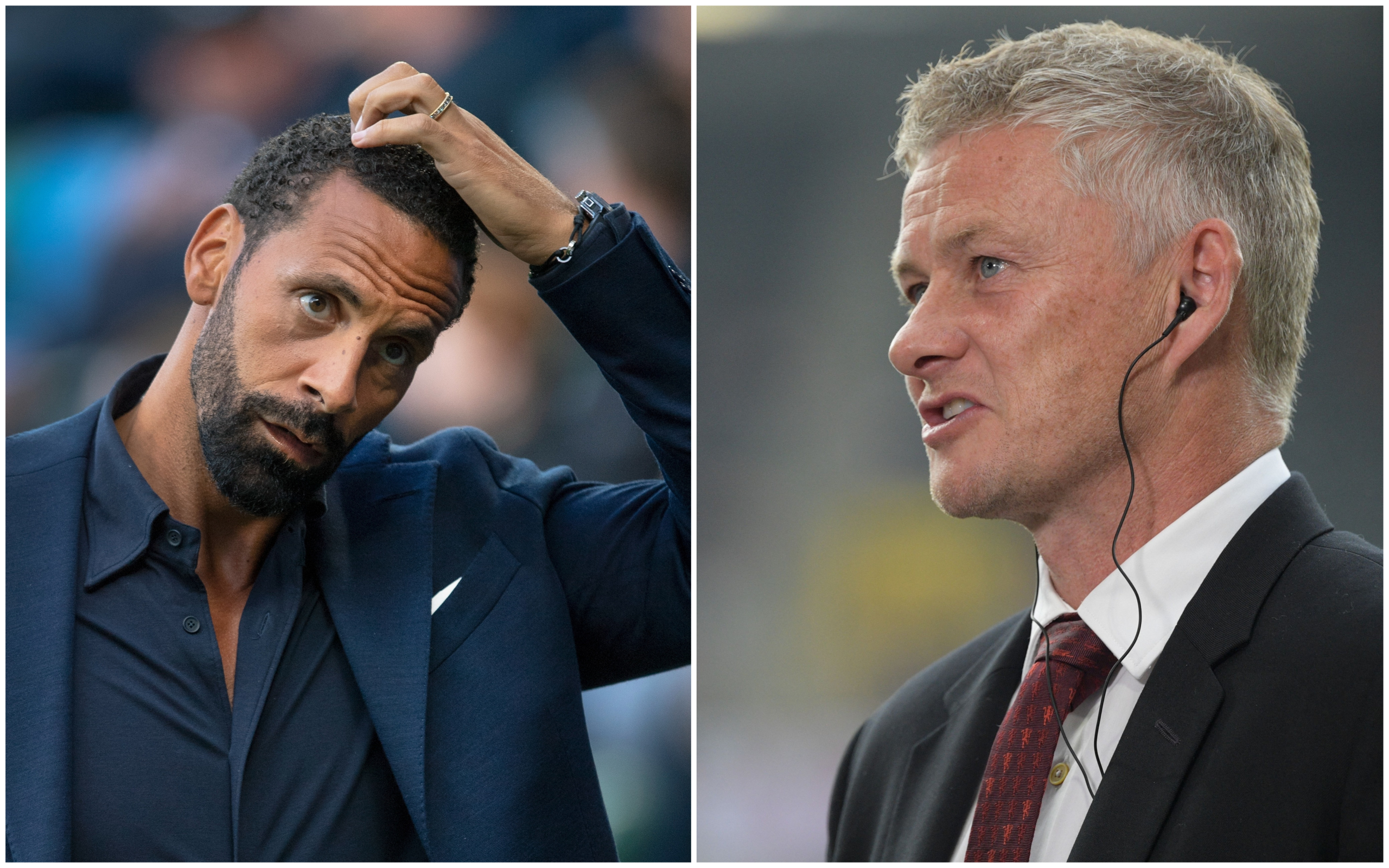 Rio Ferdinand insists there is no row brewing between him and Manchester United manager Ole Gunnar Solskjaer.

In August, Solskjaer labelled Ferdinand ‘out of order’ after comments made about current United defender Phil Jones – remarks the former England international has since apologised for.

But the former United favourite would irk the manager once again last week with comments about Cristiano Ronaldo, who joined his manager on the touchline to seemingly pass on instructions during the defeat to Young Boys.

‘If I’m the manager, I’ve got to be honest, I’m telling him to sit down,’ Ferdinand said on BT Sport, with Solskjaer responding to the comments during last week’s press conference.

‘Rio, again you know, sometimes he comments on things he doesn’t really know.’

Ferdinand was in a cheery mood however as he addressed the recent back-and-forth on Vibe with Five, insisting he will give the United boss a ‘big hug’ next time he sees him.

‘Ole has come for me the other day!’ Ferdinand said.

‘All I will say, people just need to watch the shows and watch the context of what was said.

‘When I see Ole I’m going to give him a big hug. I’ll shake his hand and say: ‘It’s all love’. You know I love him, I’m his biggest fan. Ole’s at the wheel wasn’t happening until I said it.

‘But sometimes stuff is said in the heat of the moment and you get things wrong here and there but it is a phone call, man. Just call me and say: ‘Ri, what’s going on?’. That’s what I would do if it was me. But when I see Ole, its all love, hugs and kisses.

He added: ‘I think deep down they know there is no malice in me.

‘They have all shared a dressing room with me, they know what I’m like and if I’m wrong I’ll hold my hands up like I did last week with Phil Jones.’