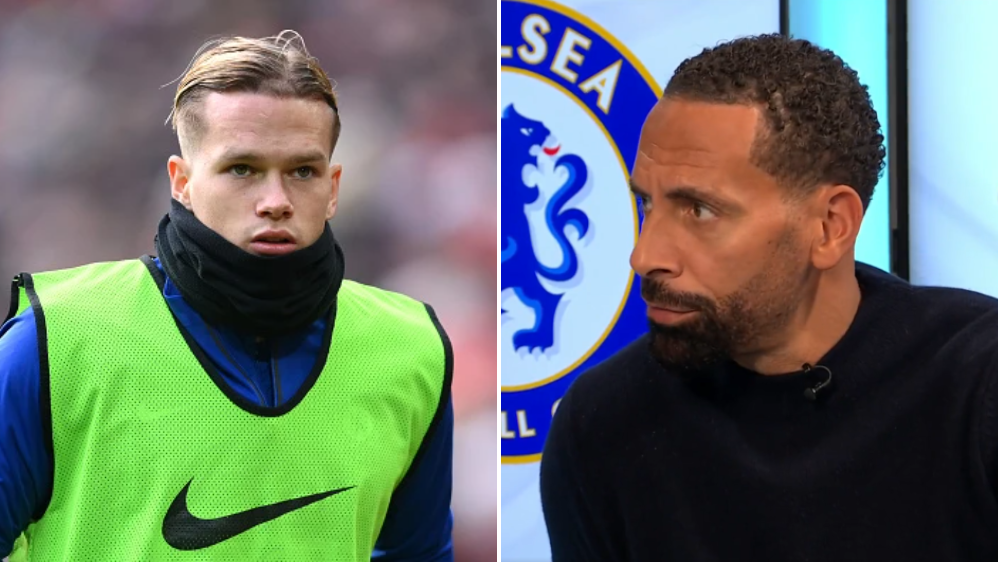 Rio Ferdinand believes Arsenal fans will be gutted they failed to sign Mykhailo Mudryk after his lively Chelsea debut against Liverpool.

Arsenal appeared to be leading the race to sign Mudryk and expected to welcome him to the Emirates in a deal worth around £80m.

But London rivals Chelsea hijacked the move and reached an £89m deal with Shakhtar Donetsk, with Arsenal subsequently signing Leandro Trossard from Brighton.

Mudryk made his Chelsea debut at Anfield on Saturday and impressed in the 0-0 draw, with Ferdinand insisting he will be a ‘frightening proposition’ for Premier League full-backs.

Rating Mudryk’s debut, Ferdinand told BT Sport: ‘We’ve all seen the clips of him and that explosive pace. But what I liked about him today is we saw soft feet on him and a good weight of pass too.

‘He was making good decisions in the final third and was showing calmness while running at speed. Those elements make him a frightening proposition for full-backs when he gets into full flow.

‘This is only his first minutes in a month or so. Who knows what he’s going to be producing after this but it’s exciting for Chelsea fans.

‘I’m sure there will be Arsenal fans sitting there going, “oh my days, how did we let that one go?”’

Mudryk was named on the Chelsea bench at Anfield but was introduced shortly after half-time as the visitors looked for a breakthrough.

Neither side were able to find a winner, however, leaving Chelsea 10th in the Premier League and Liverpool eighth.

Graham Potter, who has struggled since his appointment at Stamford Bridge, said ‘I thought the performance was good.

‘I’m happy with the team, the energy, what we tried to do. At Anfield, it is always tough. It is a clean sheet and a point, we move forward.

‘First half, we were decent, unlucky not to get the goal. It is what it is. They started the second half well, and we adjusted a couple of things and gained control, had a couple of chances.

‘Overall, a positive day, apart from the fact we wanted three points.’

On his new £89m signing, Potter added: ‘He’s not played football for a while, he’s been on a mid-season break. We had to manage his minutes, but you can see his quality.’

Jurgen Klopp, meanwhile, believes his Liverpool side made a ‘little step’ in the right direction as they battled to a draw against Chelsea.

‘We have to be ready for little steps and this is a little step,’ he said. ‘A clean sheet against Chelsea, we didn’t create a lot of chances and they had some as well.

‘We defended in the second half with passion and clear organisation, but we were too deep in these moments. In the end, I’m okay with 0-0 because you have to accept these steps. We can build on that.’