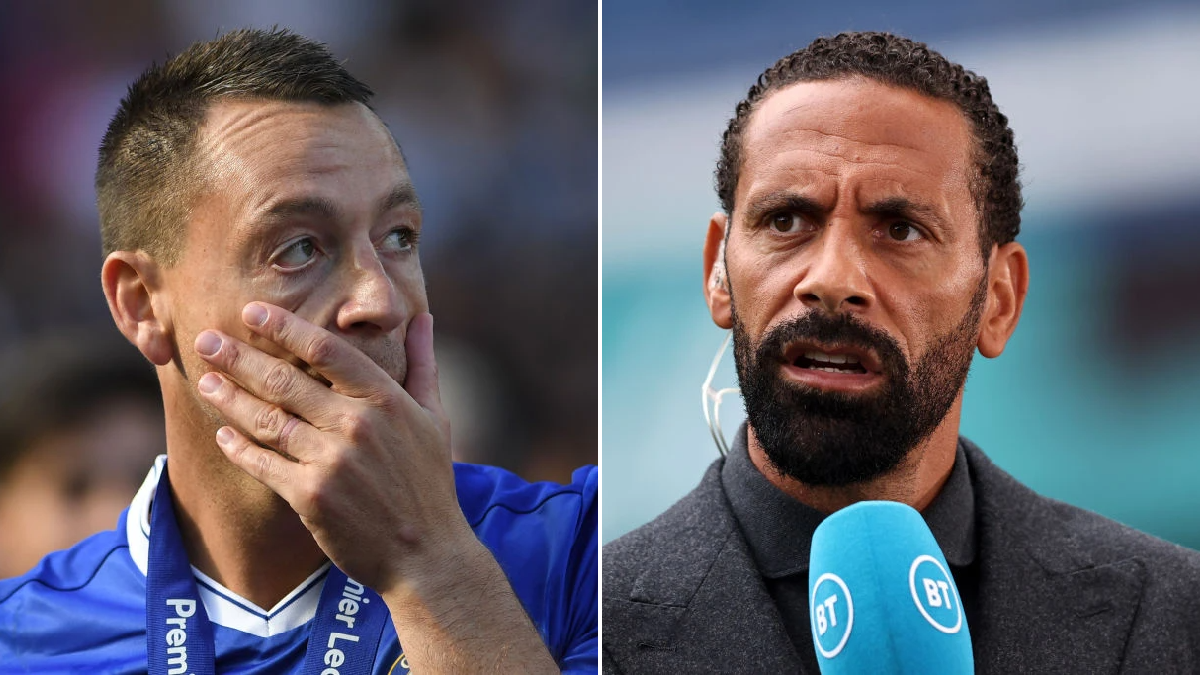 Rio Ferdinand has hit out at John Terry and his ‘fragile ego’ after the former Chelsea captain took umbrage with the Manchester United legend’s all-time centre-back rankings, even bringing up the racism storm that embroiled his ex-international team-mate.

The war of words stemmed from a seemingly innocuous interview Ferdinand conducted with Liverpool star Virgil van Dijk this week in which the pair ranked the greatest ever Premier League centre-backs.

Ferdinand – who picked himself at number one – somewhat surprisingly put both Van Dijk and Jaap Stam ahead of his old England team-mate, even though Terry’s collection of trophies far exceeds both players.

Terry still came in at number five on Ferdinand’s list, with the BT Sport pundit saying: ‘In terms of his longevity at that club, what they won, body on the line, a much better footballer than people give him credit for, could play off his left and right foot.’

But that praise was scant consolation for what Terry deemed an insulting ranking, with the Chelsea legend posting a string of images on Instagram highlighting his many accolades and titles alongside the message: ‘Opinions are great but stats don’t lie…’

But the rebuttal did not go down well with Ferdinand, who messaged Terry on Twitter just before midnight on Thursday accusing him of being insecure.

‘The moment one has to start pushing their own records and stats it’s really time to start addressing the fragile ego,’ he tweeted.

Taking the exchange even further, Ferdinand also suggested that Terry was lucky not to be discounted from the rankings list entirely after being accused of using racist language towards Rio’s younger brother Anton in 2011.

He continued: ‘You’re lucky I even put you in the top five after the racism case with my brother, so be thankful you made it.’

Terry was found not guilty in court over the allegations, though his FA charge – stating he had used ‘abusive and/or insulting words and/or behaviour’ which ‘included a reference to the ethnic origin and/or colour and/or race of Anton Ferdinand’ – stood, with the defender handed a four-match ban and fined £200,000.

Although Terry was cleared of racially abusing Anton Ferdinand after a five-day trial at Westminster magistrates court in 2012, the incident prompted the end of his international career after he was stripped of the captaincy, with the defender announcing his retirement on the eve of the FA’s subsequent hearing.