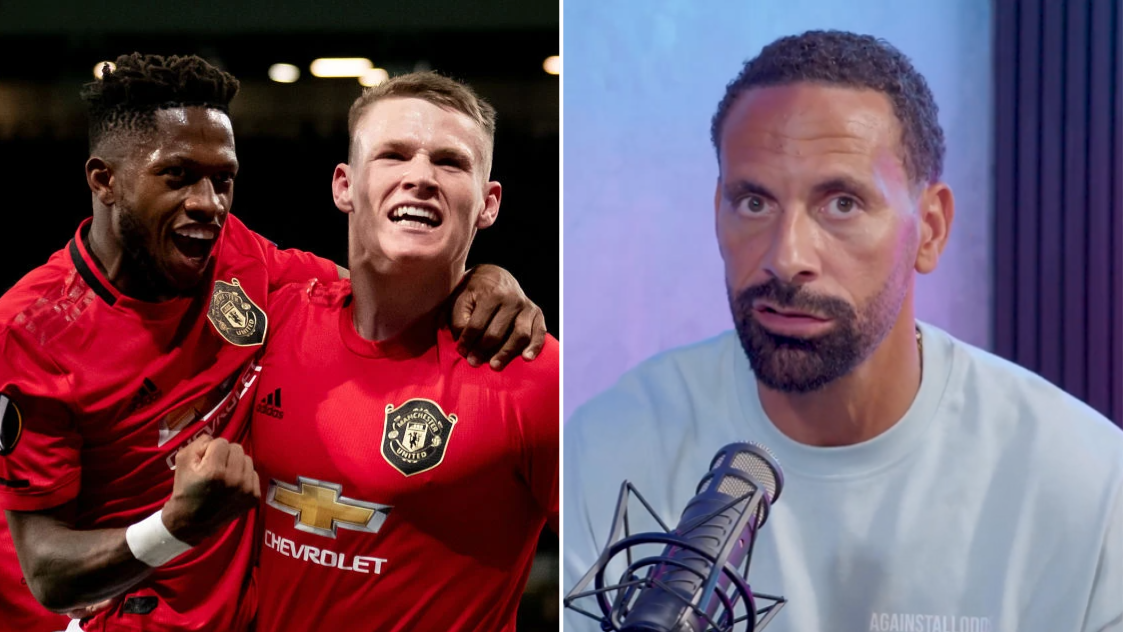 The Argentine had a somewhat difficult debut for the Red Devils, with many critics feeling he was at fault for Brighton’s opening goal in Sunday’s 2-1 defeat after failing to track his runner.

Martinez also struggled to contain the power and physicality of Danny Welbeck and was fortunate not to concede a penalty when he barged the forward over inside the box.

But the Ajax defender’s baptism of fire was nothing compared to the examination United’s midfielders received, with Fred – who was replaced shortly after half-time – and McTominay both under fire for their lacklustre displays.

Having lost Paul Pogba and Nemanja Matic over the summer, United had been looking to bolster their midfield but a move for Barcelona’s Frenkie de Jong has hit an impasse as the Dutchman does not want to leave Camp Nou.

That holding midfield role is becoming something of an early problem for Ten Hag, but Ferdinand feels the versatile Martinez – who did occasionally play further up the pitch at Ajax – could slot in until a proper replacement is signed.

Asked to name the starting XI he would pick for United’s next fixture away to Brentford on Saturday, Ferdinand said on his Vibe with Five YouTube show: ‘In my midfield, I’m going to play Martinez as the holding midfielder and take Fred out. I’m going to play Varane and Maguire [at centre-back].’

Asked if he’d still keep McTominay, Ferdinand added: ‘I wouldn’t pick McTominay or Fred. Listen, whatever happens, Man United will improve from the first day against Brighton. Things can only get better.’

Ferdinand was not particularly enthused by Martinez’s debut given his troubles against Welbeck and feels the rather diminutive Argentine will need to be very cute and smart with the way he defends aerial balls, likening him to old team-mate Gabriel Heinze.

He continued: ‘He reminds me of Gabi Heinze a little bit, but he’s better on the ball.

‘But Harry Kane, Erling Haaland, Darwin Nunez, Chris Wood, Aleksandar Mitrovic, Danny Welbeck… these guys, if I’m them, I go and stand on him [Martinez] when the ball is wide.

‘Because of the height difference you just do it and then it’s up to him: can he deal with it?’

Offering some advice, he added: ‘Gary Neville wasn’t the tallest, but if the ball was coming across and he knows he’s got a big fella coming in behind him to smash him over the top, before the ball is even there: bang! [hit them] Put them off, they can’t head it cleanly.’