In between the greying tower blocks that dominate the Sarcelles skyline, a father continuously forces his son to act as his substitute in the middle of street rondos.

The kid, willowy but supremely wily with the ball at his feet, gets trained on how to work in the tightest of spaces without even knowing it. By needing to win back possession, he understands how markers will try to thieve it from him and weaves that knowledge into his attacking game.

However, at 15 these dad-and-lad lessons grievously stop for Riyad Mahrez. His father, Ahmed, succumbs to the heart condition which forced him to leave Algeria in the 1970s, to seek out advanced treatment in France that prolonged his life.

When Mahrez lines up for Manchester City against Chelsea in the Champions League final on Saturday, club football’s grandest stage, he will carry those sessions with him. Because as he sidestepped the slums, taking rejection in his stride and skinning defenders en route to becoming a professional footballer, those memories with his father have served as fuel.

“My dad was always behind me, he wanted me to be a footballer,” the Algeria international explained in 2015. “He was always with me. He came to every game with me to give me help.

“He played before for small teams in Algeria and France so he knew what he was saying, so I listened to him. Losing him was maybe was the kickstart. I don’t know if I started to be more serious, but after the death of my dad things started to go for me. Maybe in my head I wanted it more.”

Mahrez used to tell anyone who’d listen that he’d grow up to play for one of the world’s biggest teams in the Champions League. His prediction was slightly off, imagining he’d be making his dad proud in the colours of Barcelona, rather than propelling City to the brink of history. The club’s Abu Dhabi ownership and limitless resources will be in the spotlight as they contest the final with Chelsea, but remarkable stories like Mahrez’s don’t deserve to get lost in the noise.

Three years after his father’s passing, the expert dribbler was invited for a trial in the Scottish First Division with St Mirren reserves. Aged 18, he’d never been separated for his family by such a distance and for so long. In baltic conditions that were alien to him, he danced past opponents in a blend of panache and power to score seven goals in four friendlies.

St Mirren would keep him in limbo for nearly three months in 2009, before he returned to Sarcelles, but he never wondered if being a professional footballer was a far-fetched fantasy.

Between 12 to 16, Mahrez was persistently told he was too small to have any sort of physical presence in a game. Opponents would clatter into him and he did not have the intelligence nor the strength yet to shield the ball and outmanoeuvre them.

His late development was an obstacle, but Mahrez’s will, belief and ability to manipulate the ball would attract another opportunity. Quimper, an amateur team in France’s fourth tier, offered him a trial. Despite his desperation to turn football into his career, Mahrez wasn’t sold.

“It was five hours on the train,” he would explain to L’Equipe. “My friends told me: ‘Oh Riyad you are crazy! Go on, this could be a springboard!’ I went. I smashed it. I came back in July, but, then, I struggled physically in games, even though in training I killed everyone.

“I still managed to get a contract. I did not play at the beginning. Sometimes, it was 14-hour bus ride to the away games and I did not even get substituted on! I felt like shit on the bus in the way back, telling myself: ‘This sucks. You are rubbish, Riyad!’”

The initial ticket to get from Sarcelles to Quimper cost an exorbitant €160 that his mother, Saliha, shelled out for. Mahrez pledged he would break through and pay it back in spades, but his initial contract was only for €750 per month. That went towards making ends meet, while living with Paul Pogba’s younger brother, Mathias, in accommodation he’d describe as “a total mess”. 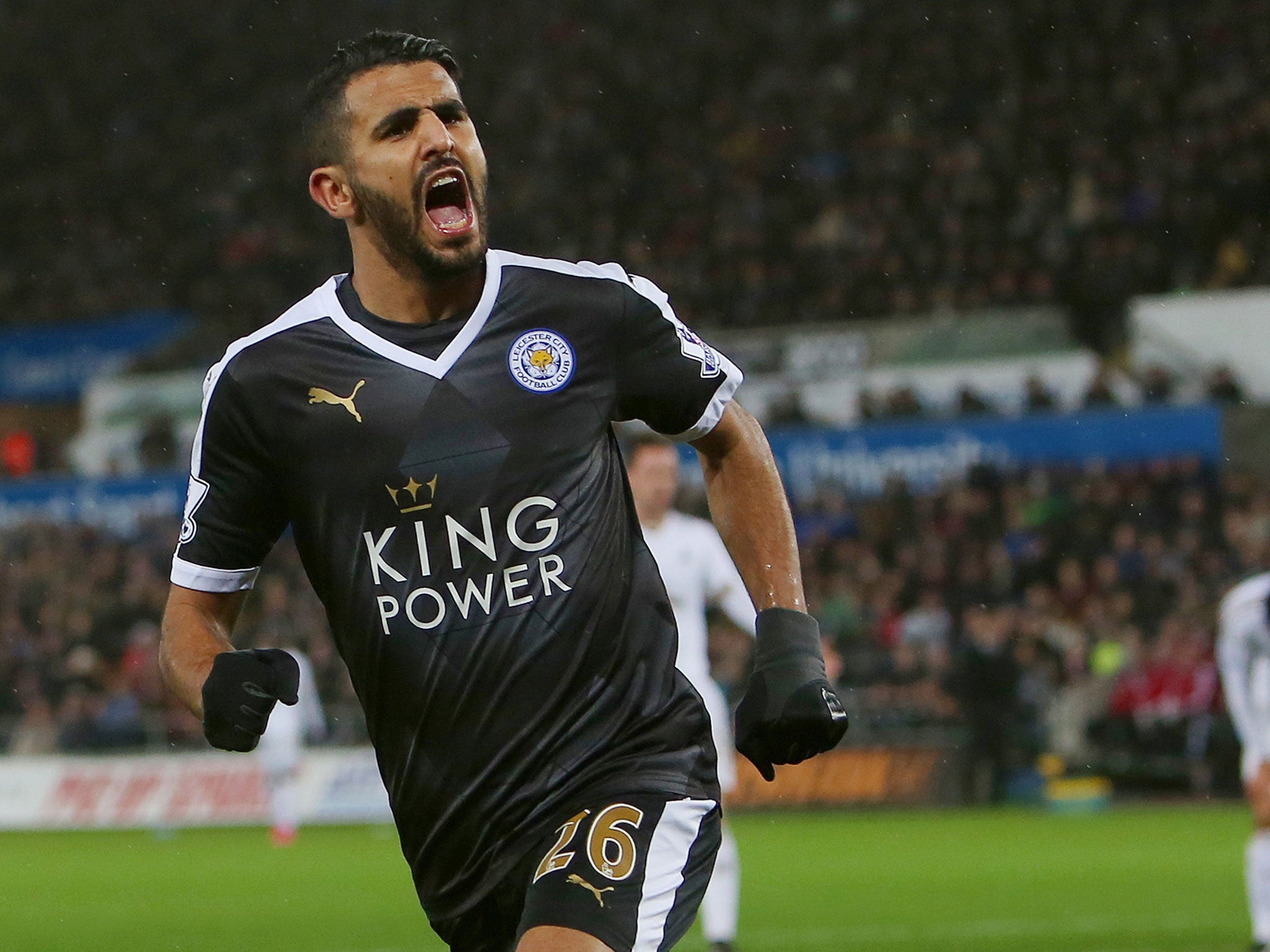 The opening months for Quimper were spent with their seventh-tier B team “because on a tactical level he knew nothing”. By the second half of the 2009-10 season, he was excelling for their first team but could not guide them away from relegation to the fifth tier.

Having come up against him, Le Havre’s reserves had taken note of Mahrez’s deadly set-pieces and dexterity with both feet. He rewarded their recruitment of him with 13 goals in his debut season, waiting 18 months before he earned a shot with the senior team in Ligue 2.

The Mahrez tale accelerates from there. In 2012, Leicester City had sent scouts to create a dossier on winger Ryan Mendes, his Le Havre teammate. But they were distracted by Mahrez’s touch, confidence in muddling markers and knack for creating moments out of nothing. He was raw, defensively poor and his decision-making needed work, but the talent and offensive aggression was clear.

Leicester’s chief scout, David Mills, watched him twice more with their former head of recruitment, Steve Walsh, going over to cast a final eye. The man that had pushed Michael Essien and Didier Drogba to Chelsea was sold on Mahrez and the club parted with £450,000 to sign him in January 2014.

He helped catapult them out of the Championship, winning that league in 2013-14 and was core to ensuring Leicester’s Premier League survival before deservedly being crowned PFA Player of the Year as he dazzled in their 5000-1 miracle of being England’s best.

While Mahrez glistened at Leicester, he became a luxury when City broke their club record fee at the time to sign him for £60m in July 2018. Often on the fringes, used chiefly as a substitute and seen as a player Pep Guardiola could easily dispense of, he flipped the script as has been the arc of his career.

The 30-year-old was a leading light as City won another league title, but it is in Europe that he has most clearly illustrated the effectiveness of his dynamism. His six goal contributions in the last five Champions League matches for the club, which included the ousting of Paris Saint-Germain, have delivered them to the point they have strived towards and pumped billions in.

Mahrez has long since repaid his mother, plus some, for that train ticket. He’s now journeying towards the stage he’s father had always dreamed of for him.