The last time Liverpool rocked up on Spanish turf to play against Real Madrid in the Champions League, a wave of confused, nervous laughter broke out as the team-sheets were read aloud.

The English giants had finally earned themselves a place back at Europe’s big table, following a scintillating 2013-14 Premier League season in which they went agonisngly close to finally clinching a league title.

Brendan Rodgers had defied all belief with his free-flowing, rampant Liverpool side that season and many people thought the Merseysiders were finally set to climb back atop their perch.

But then came the demise, jolting the momentum Liverpool had been laying down and stopping the red machine dead in its tracks. 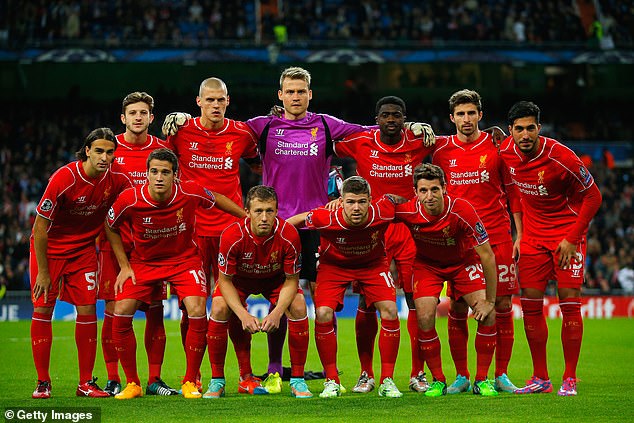 A dismal summer window offset by the loss of talisman Luis Suarez meant Rodgers’ side became a shell of its previous self. A miserable series of events would lead Liverpool to a downfall inside one of the grandest stadiums of all; the Bernabeu.

Champions League nights under the lights in the Spanish capital are the stuff of childhood dreams, yet Rodgers’ team-sheet elicited gasps as fans learned that the likes of club captain Steven Gerrard and his midfield protege Jordan Henderson were left on the bench, along with rapidly emerging wonderkid Raheem Sterling.

Did Liverpool even want to win the game? Had they surrendered to the Spanish giants before a whistle had even been blown? And what exactly was Rodgers’ thinking behind that starting XI? Sportsmail travels back to November 2014…

It’s hard to know exactly what was going through Rodgers’ head when he took his men to Spain, given the Champions League season was still in its infancy.

Liverpool had started their European campaign poorly, but to say all hope was lost would have been a huge overstatement.

An opening, narrow, victory over Bulgarian minnows Ludogorets at home was followed by a bitterly disappointing 1-0 loss away to Basle, before the Reds were comprehensively beaten 3-0 at Anfield by Madrid.

The return fixture in Spain, therefore, was a huge chance for Liverpool to inflict some damage and really shake up the group. Had they been triumphant in the capital, it would have placed heavy emphasis on Basle to get a result against the LaLiga titans.

As it happened, Madrid hammered the Swiss outfit 5-1 at home and took a 1-0 win at St Jakob-Park. Hindsight is indeed a marvellous thing but this was ideal for Liverpool.

They would have surely progressed had something been taken from the Bernabeu on the night of Tuesday, November 4, but Rodgers’ plan simply did not come off.

Liverpool would go on to fail to secure second place after an undefeated Madrid smashed the group emphatically with 18 points. Instead, a limp Basle side progressed with seven points and Liverpool finished with just five.

‘Throwing in the white towel’

Sitting in the punditry studio in the Bernabeu stands, Gary Lineker made a standout observation after Rodgers’ team selection was revealed.

Running through the list of players absent when going on air, Lineker’s brow became increasingly more furrowed as he spoke to the viewers at home.

‘Rodgers has left out [Jordan] Henderson, Sterling, [Mario] Balotelli, Gerrard and [Philippe] Coutinho at Real Madrid. He has, though, thrown in a white towel,’ said a bemused Lineker. 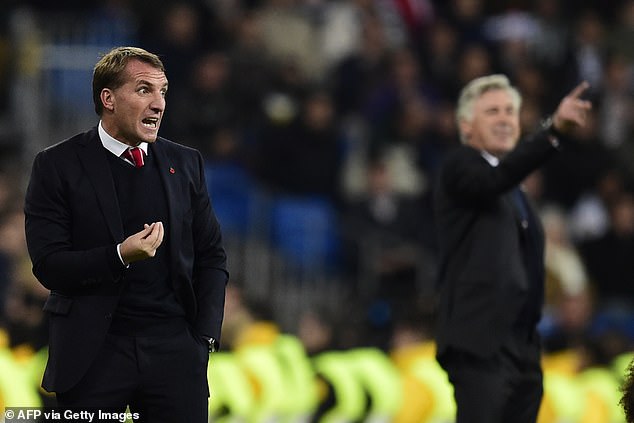 Liverpool had entered the stadium of the reigning European champions and it did indeed, on the face of it, look like Rodgers had conceded that an exit from the competition his side had fought so hard to get back into was an inevitability.

Fabio Borini, Lazar Markovic and Joe Allen were three of the bizarre 11 starters Rodgers opted for. A central defensive partnership of Kolo Toure and Martin Skrtel was in place, while in the advanced areas Adam Lallana was deployed on the wing.

It was a disjointed and entirely forgettable XI, with Allen joining Emre Can and Lucas Leiva in attempting to wrestle the control of midfield away from Luka Modric, Toni Kroos and Isco.

Rodgers was accused of having other concerns on his mind and simply wanting to get his side through the fixture unscathed, but remarkably Liverpool’s makeshift side battled valiantly and suffered only a 1-0 defeat, courtesy of a Karim Benzema strike.

Still, points are what matters and Liverpool ultimately spurned the chance to make ground and salvage their Champions League hopes.

Rodgers, however, took heart from the narrow loss and came out fighting post-match, opting to directly address Lineker’s ‘throwing of the towel’ comments. 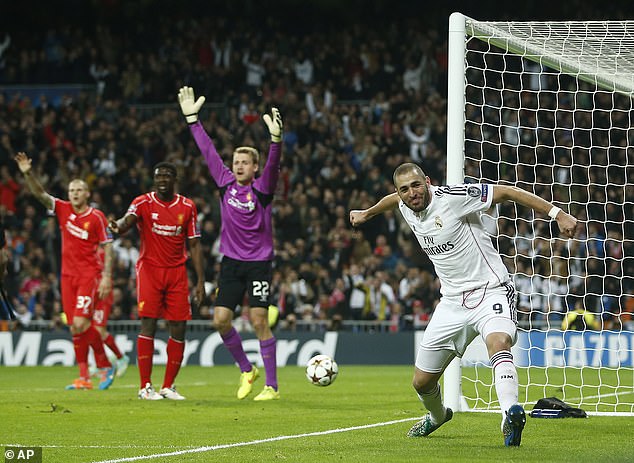 The irate Northern Irishman said in his post-match press conference: ‘I think the performance says the words.

‘Gary is a figure who I respect and was a top player in his day but he’s never been a manager, so he has never truly understood what it is like in terms of picking players.

‘I respect his opinion but I think the words were played out by my team. The performance was far from throwing the white towel in.

‘Right to the very end my players put in a performance befitting of the wonderful club this is. That would be my answer.’

It’s safe to say Rodgers’ words did not go down well. Liverpool fans didn’t want to hear about a ‘wonderful club’ putting in a solid shift against all odds, they wanted to see their very best XI out on the pitch at the Bernabeu, really going for Madrid’s throat.

Still, Rodgers was accused of having one eye on domestic matters, as he envisioned Liverpool’s season unravelling before it had even properly begun.

In the league Liverpool had already lost four matches and been held to miserable draws by Hull City and neighbours Everton. The most recent loss had come just days earlier, during a lacklustre performance at Newcastle. 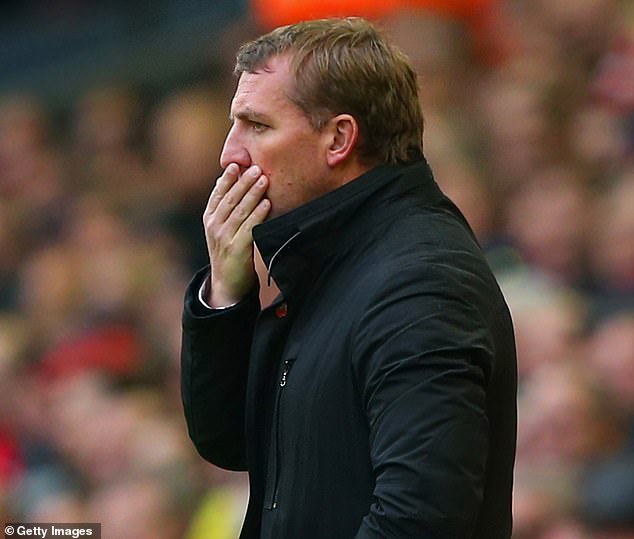 It was a far cry from the blistering football Rodgers’ men had played the season prior, and he was painfully aware of it.

Sensing the Champions League group was slipping from Liverpool’s grasp, Rodgers appeared to make a call to prioritise the situation at home.

Had the gamble paid off in Madrid, Rodgers would have looked like a genius. The slender scoreline showed that it almost did, yet Madrid all but controlled the game.

Rodgers offered his protestations at the time, insisting: ‘I didn’t rest players for Saturday [Premier League clash vs Chelsea].

‘I picked a team that I thought could get a result. The players that came in were excellent and we were unfortunate not to get a result.’

Still, Liverpool now had rested legs for the crunch visit of the Blues just four days later. It was the first meeting of the sides since Jose Mourinho’s men broke hearts at Anfield at the end of the previous season, killing the title challenge at the final hurdle in the game now most commonly remembered for Steven Gerrard’s slip.

Yet, despite the Madrid shake up, Liverpool’s full strength side fell to a 2-1 defeat courtesy of a second half Diego Costa strike.

They would then go on to lose away to Crystal Palace the following weekend, before the confidence-depleted side then drew to Ludogorets away. 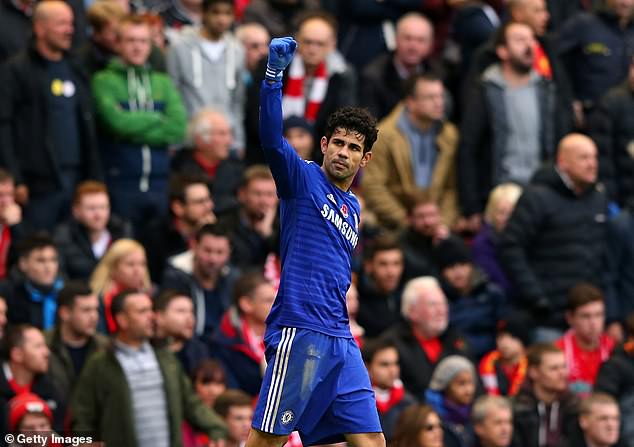 It got into the players’ heads and another draw to Basle followed, which closed out the group stages and resulted to their demotion to the Europa League – where they would lose immediately to Besiktas in the round of 32, on penalties.

Despite not admitting it, Rodgers would have been aware that work now needed to be done purely on home shores in order to get Liverpool back up to standard and to retain a top four position.

Liverpool ended the season in sixth place and lost the final game of the campaign – Steven Gerrard’s last outing with his beloved club – 6-1 to Stoke City in humiliating fashion.

The most notable omission in the Bernabeu was undoubtedly Gerrard.

Just over six months prior he had almost won a league title with his boyhood club at long last. At the age of 33, he had been experiencing something of an Indian summer with the Reds, linking up destructively with Suarez and helping the side tick.

Now, with the squad in disarray after the Uruguayan’s exit, Gerrard became one of Rodgers’ casualties as he cast eyes forward to the Chelsea fixture.

Gerrard was joined on the bench by his midfield protege and current skipper Jordan Henderson, along with the then rapidly emerging Sterling. 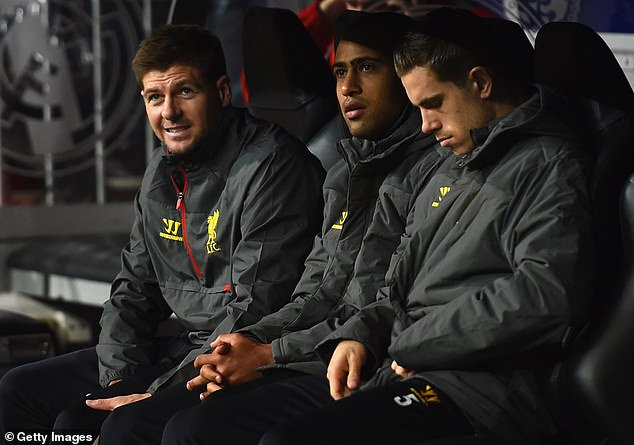 Cameras were pinned to Gerrard’s every facial expression as the match approached kick-off, capturing his dismay as he sat on the bench inside one of Europe’s greatest arenas.

It was no secret that the match was poised to be Gerrard’s last ever opportunity to play at the Bernabeu and go up against the likes of Madrid, but he had to settle for a 20-minute cameo after replacing Lucas in the latter stages.

Sterling joined Gerrard in entering the match, while Philippe Coutinho was given just 15 minutes by his manager. Henderson remained an unused substitute.

In his autobiography, Gerrard later admitted the Madrid snub would have knock-on effects when it came to his decision to call time on his Liverpool era and make an emotional departure from Anfield.

‘This was round about the time when I was doing a lot of thinking about what’s next for me,’ Gerrard said.

‘I’d had a couple of initial chats with Brendan saying to me ‘I’m going to start managing your games and I have to look after you and I want you to be fresh and I don’t want you to be playing three games in a week because you may be tired.’ 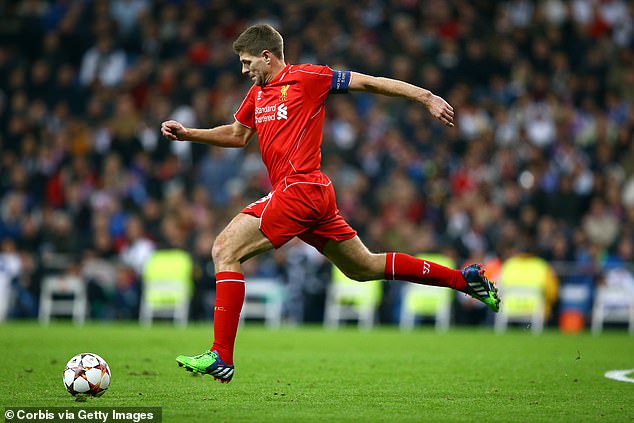 ‘But this situation was a bit unique because it was Real Madrid and I wanted to play.

‘When I was told I wasn’t playing for the sake of the team and the squad and my relationship with Brendan, I took it and I accepted it.

‘But I sat on that bench devastated because I wanted to play so, it is one of those situations.

‘It sort of pushed me making a decision to move on and try something different.’

Gerrard would go on to announce he would be leaving Merseyside at the end of the season, before agreeing a short-term deal with MLS outfit LA Galaxy.

It was to kick-start another series of changes for Liverpool, who looked to be in a state of flux under Rodgers.

The Northern Irishman’s days appeared to be numbered and the magic had gone. Rodgers would last in his position until the following October – just over a year on from the Madrid defeat – at which point another poor start to the season would force change.

In came Jurgen Klopp and the rest, as they say, is history.

Almost six-and-a-half years later Liverpool are once again widely regarded as one of the best teams in Europe, if not the greatest on their day. 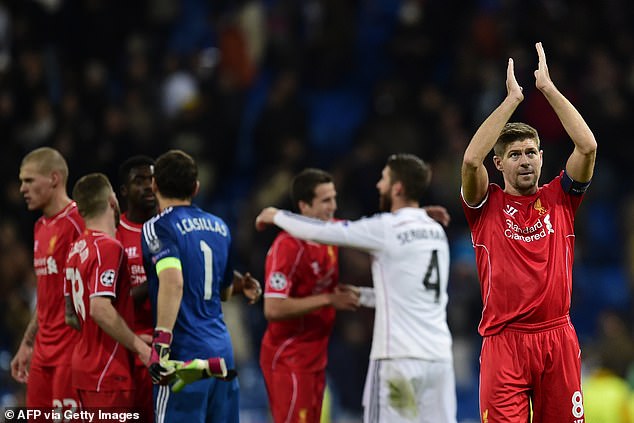 Klopp has already brought the Champions League back to Merseyside in his tenure, while also having lost a final to Madrid in Kiev.

The German will be out to right the wrongs from the Ukrainian capital in 2018, but Liverpool as a club have a golden opportunity to set the record straight against Madrid on their own turf.

It won’t be the Bernabeu – Zinedine Zidane’s men have spent the pandemic playing from their Alfredo Di Stefano training stadium complex – but it’s the next best thing.

Injuries may have ravaged the Reds this season, but it’s a guarantee that Klopp will be fielding the strongest available option in every single position as the action gets underway on Tuesday evening.

The ghosts of Rodgers’ gamble are set to be laid to rest.