Brendan Rodgers has admitted for the first time that Leicester are having to plan for life without star midfielder Youri Tielemans.

The Belgian, 24, scored the only goal in the final as Leicester won the FA Cup last season for the first time in their history but has yet to accept the club’s offer of a new deal, with his current contract expiring at the end of next term.

If Tielemans maintains his stance, Leicester will be forced to consider selling him next summer, or see him leave for nothing 12 months later, with the Premier League and European elite monitoring the situation. 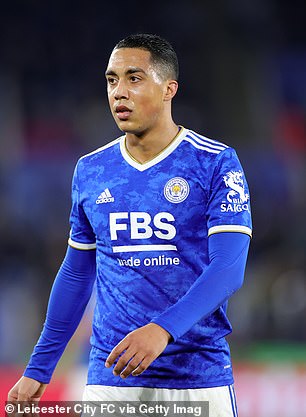 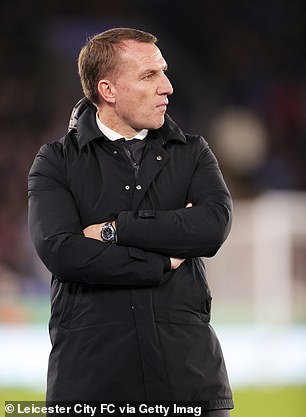 Asked if he had to prepare for a post-Tielemans future, Rodgers said: ‘You always have to, that is key. I have said it before about the pipeline of players.

‘You always have to be looking ahead, that’s important. Sometimes it happens unexpectedly, other times you know where the situation is at.

‘He is at an age and at a stage in his contract where he has to ensure he looks at every option. I would love it to be here at Leicester but I understand it’s a very short career. 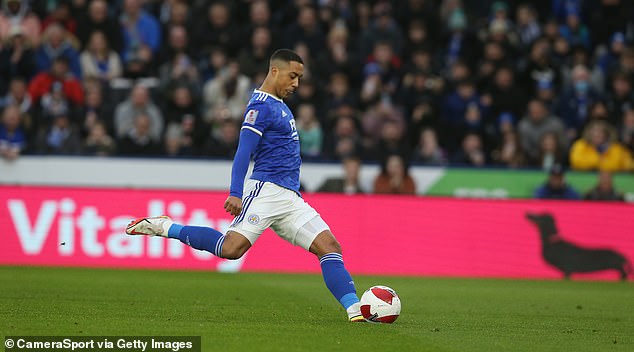 The Belgian, 24, midfielder has yet to accept the club’s offer of a new contract

‘For players it’s about ambition, the challenge and sometimes about a different environment. We have seen before that players will move on even after winning the Champions League.

‘We have a close relationship, it’s really strong. I made a commitment to him when I first came in that we would improve him as a player and be believes in the environment. Once the players are committed, focused and professional it’s never a worry for me. You can see Youri loves being here and you have to respect these guys’ careers are short.’

Rodgers remains keen to sign a central defender on loan this month though Leicester are boosted by the return of James Justin, who has been out for 11 months with a knee injury.