‘It’s a ridiculous schedule’: Brendan Rodgers SLAMS Leicester’s fixture turnaround as they prepare to face Liverpool just 51 HOURS after defeat at Man City… as he claims he is unable to make sufficient changes to his side

Brendan Rodgers has criticised Leicester City’s ‘ridiculous’ two-day turnaround and claimed he cannot make many changes to his severely depleted squad against Liverpool.

Eight first-team regulars are missing through injury, with Jamie Vardy and Wilfried Ndidi only named on the bench to make up the numbers at Manchester City.

Rodgers watched Leicester threaten an improbable comeback during the 6-3 defeat at City on Boxing Day but fears the same team are not physically able to produce again. There will be 51 hours between the final whistle at the Etihad Stadium and kick off at the King Power Stadium. 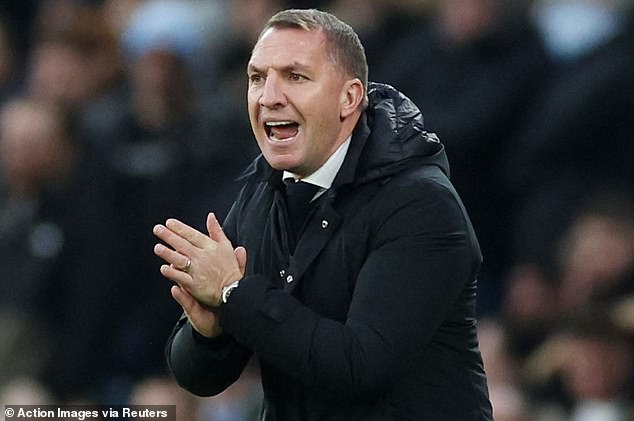 ‘It’s a ridiculous schedule, we all know that,’ Rodgers said. ‘Players aren’t fully recovered for 72 hours after a game so for us to be playing on Tuesday against Liverpool is ridiculous.

‘We have to play the game so there will be virtually no physical work, just recovery work and then we’ll look at some videos and prepare from there.’

Rodgers also bemoaned his luck after both City and Liverpool enjoyed clear weeks to gear up for the fixtures, putting Leicester at a disadvantage.

‘It is a big advantage (for them) and it is just a coincidence that in the context of these two games is probably one of the first weeks City have had off so they were fresh and ready,’ Rodgers added. 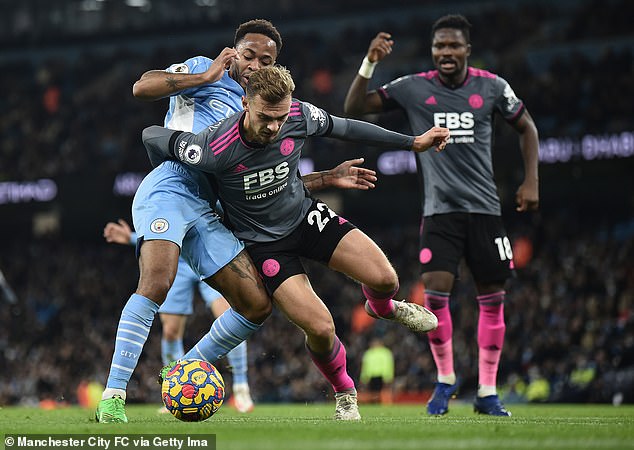 The Foxes were last in action at Manchester City on Boxing Day, suffering a 6-3 defeat 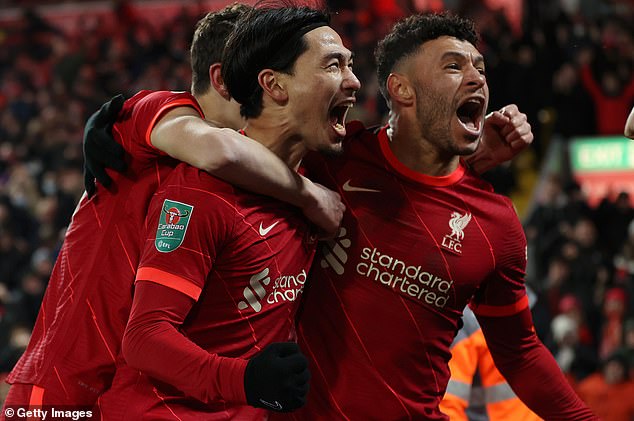 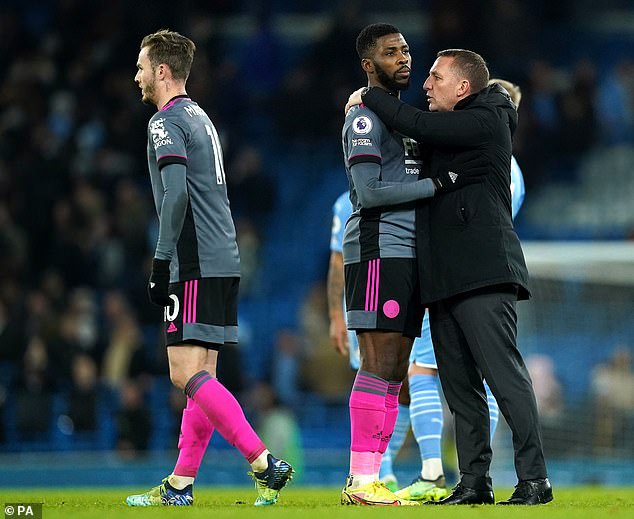 ‘Liverpool haven’t played since our (Carabao) Cup game so they’ll be able to bring players back in. That’s what we have to deal with. It’s a huge challenge for us but it’s a challenge we’re up for.’

Rodgers revealed that Liverpool youngster Tyler Morton’s challenge on Ricardo Pereira last week will see the full back miss up to two months with a fractured fibula, while he is pessimistic about any other absentees becoming available for Tuesday’s game. Jonny Evans is three weeks away from fitness and Harvey Barnes is out until New Year’s Day.

‘I don’t think we can (make many changes),’ he continued. ‘In the last few seasons we’ve been able to do that but we certainly won’t be able to do that. Some of the players will have to go again.

‘We couldn’t risk Jamie today or Wilf at City – they had hamstring issues from the game the other day so we had to put them on the bench and knew we weren’t really going to be able to use them. There will be some changes but probably not like over the last couple of seasons.’