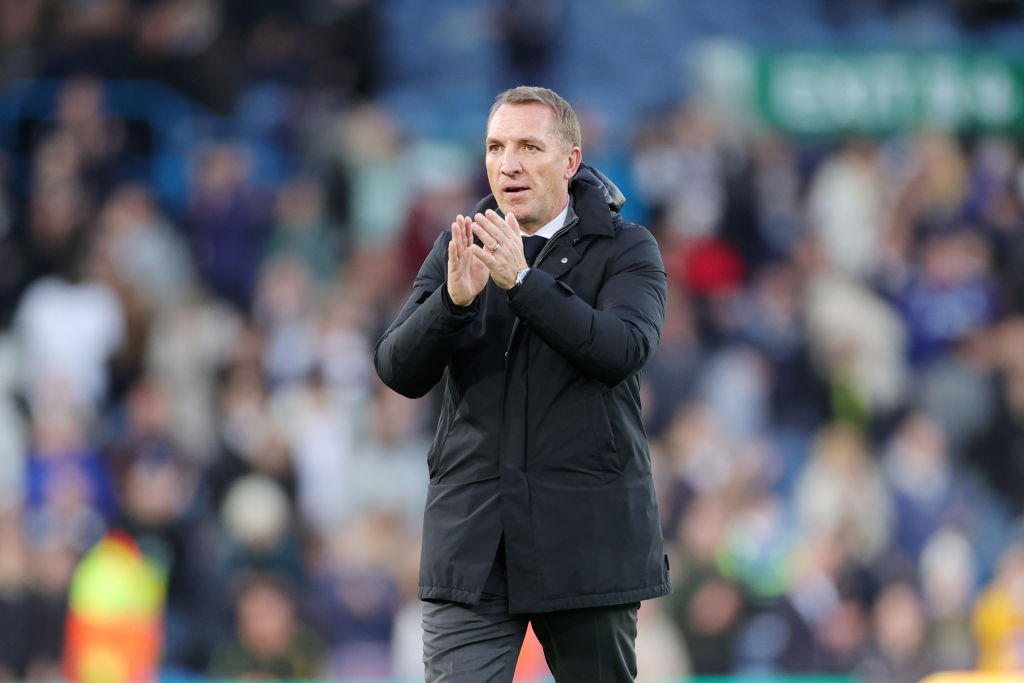 Danny Murphy feels Brendan Rodgers would be a better option for Manchester United than Mauricio Pochettino due to the Leicester boss’ experience of managing Liverpool.

United relieved Ole Gunnar Solskjaer of his duties on Sunday, less than 24 hours after the Red Devils’ 4-1 defeat away at Watford.

Michael Carrick is set to take charge of the side for Tuesday’s Champions League clash against Villarreal, with the club stating they are planning on appointing an interim boss until the end of the season.

However, recent reports have suggested that Pochettino is willing to leave Paris Saint-Germain immediately if United come calling.

Meanwhile, Rodgers has also been heavily linked with the role at Old Trafford, although the Leicester boss played down the speculation last week.

The Northern Irish manager spent three years in the dugout at Anfield before a stint at Celtic, and most recently led the Foxes to FA Cup glory last season.

Given his experience of managing a club in the Premier League with the expectations of Liverpool, Murphy thinks Rodgers would be a better choice than Pochettino.

‘It doesn’t surprise me there’s a link with Brendan and United at all,’ the ex-Reds midfielder told talkSPORT. ‘Do I think he’d take it? Yes I do.

‘I think I’d go with Brendan ahead of Pochettino.’

When asked why, he said: ‘I think the experience of Liverpool.

‘He’s been at a massive club and understands the expectations. I know Poch is at PSG and I know he was at Tottenham – it’s a big club but it’s not the same expectation being at Tottenham as it is at Liverpool and Manchester United.

‘So he’s got that little bit of extra experience by managing Liverpool rather than Tottenham. They’re both tactically good.’

Murphy also feels that Pochettino is a ‘risk’ due to the lack of silverware he has won as a manager.

He added: ‘Why aren’t you [United] aiming high? Why aren’t you aiming for the best? If Pochettino is the one, fine, but why is he the one? Because the fans wanted him 18 months ago before he struggled at Tottenham?

‘For me, he’s a manager who is yet to be proven at a top-level club winning things consistently. He made Tottenham into a competitive side by coaching players well, making them better collectively and individually. He did a great job at Spurs with players who wanted to be coached and get better.

‘He’s going to be walking in as he is at PSG – where he’s struggled a bit to be honest, he can’t seem to integrate the front three together.

‘I like him but no [I wouldn’t go all out for Poch] because it’s a risk.

‘He’s yet to show that he can deal with top-class international players over a period of time and win things.’

When pressed on whether he’d choose an interim coach or Pochettino at Old Trafford, Murphy replied: ‘I’d go interim.’