Roma 1-0 Udinese: Tammy Abraham scores first home Serie A goal to get Jose Mourinho’s side back to winning ways despite Lorenzo Pellegrini sending off

Roma got back to winning ways against Udinese after Tammy Abraham scored his first Serie A goal at the Stadio Olimpico, but Lorenzo Pellegrini was sent off and will now miss the capital derby against Lazio.

England international Abraham improvised with a sharp back-heel to fire the ball home after strong work from 19-year-old left-back Riccardo Calafiori, who ran half the length of the pitch before beating his marker and sending in a fine cross.

Roma needed to deliver a result after suffering their first defeat under Jose Mourinho against Hellas Verona at the weekend. 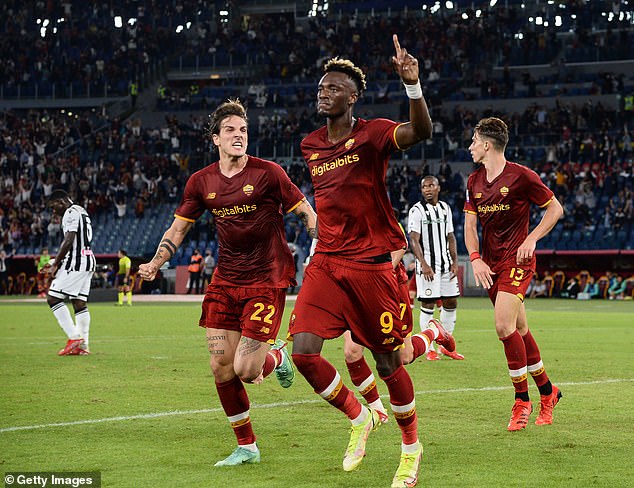 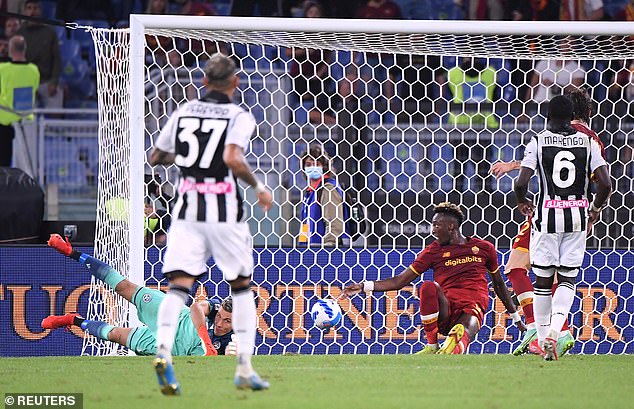 They dominated proceedings early on and had several decent chances. Henrikh Mkhitaryan saw a fizzing shot go just wide of the post, while Nicolo Zaniolo saw an ambitious long-range volley not trouble the Udinese goal-keeper.

Jose Mourinho’s men kept up the pressure and Abraham gave the hosts a deserved lead before halftime, his third goal in all competitions since joining from Chelsea in August.

However, the home side’s energy levels dropped in the second half and Udinese battled their way back into the game.

At times the visitors had Roma on the ropes, Destiny Udogie fired wide from a promising position and Gerard Deulofeu drew a smart save from Rui Patricio.

The hosts suffered a damaging blow in the dying minutes when captain Pellegrini was shown a second yellow card for a high elbow, meaning he will be suspended for the Rome derby on Sunday.

Jose Mourinho’s side climbed to fourth place on 12 points, three behind leaders Napoli. Udinese are 10th with seven points.