‘I am a killer on the field’: Romelu Lukaku sets sights on landmark 50th Belgium goal but insists he’s ‘relaxed’ about reaching target after scoring in Euro 2020 qualifying win in Scotland

Romelu Lukaku has insisted he feels no pressure to score his 50th goal for Belgium after moving one goal from the milestone following his strike in a 4-0 Euro 2020 qualifying win at Scotland.

The Inter Milan striker scored the opener after an assist from Kevin De Bruyne who also set up Thomas Vermaelen and Toby Alderweireld before completing the rout himself.

Now Lukaku, who helped his country maintain their perfect qualifying record after five games, has labelled himself as a ‘killer on the field’ as he aims to become the first Belgian to reach the half-century. 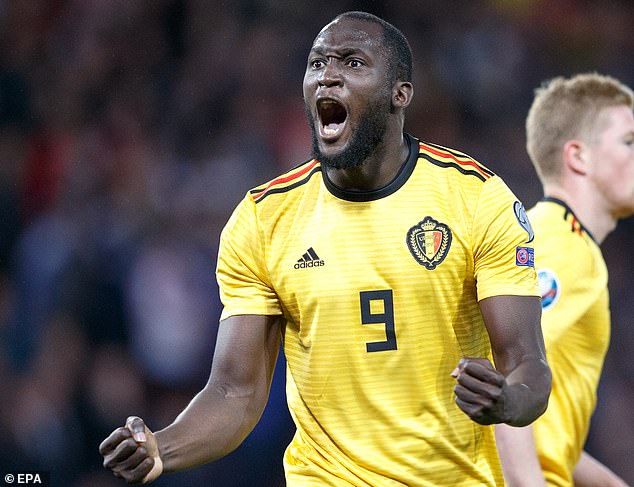 ‘I have to say that I was more concerned with the 30th, when I was able to break the record.

‘It was a long time ago that we had scored another goal on the counter. If we can play like this, we are deadly. The best counter-attacking team in the world.’ 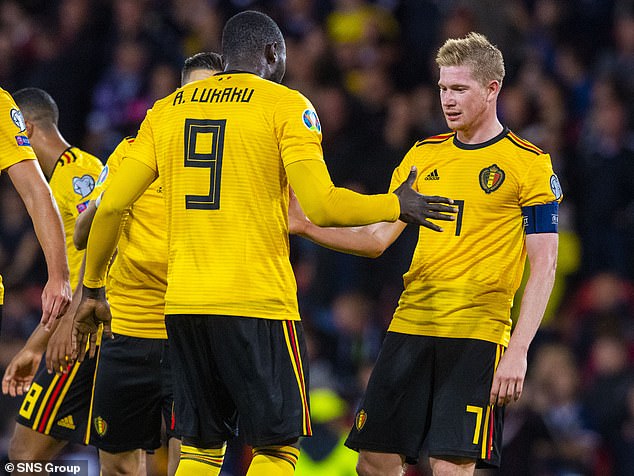 Lukaku also had praise for De Bruyne after his man-of the match display, having laid on the fourth for the Manchester City midfielder.

‘I am happy that I could give an assist to De Bruyne. He finished it nicely,’ Lukaku said.

‘The finish was more beautiful than the pass itself.’