Cristiano Ronaldo has been pictured fighting back tears whilst signing along the Portuguese national anthem ahead of their World Cup opener against Ghana.

Despite mounting speculation surrounding his role in the national team, Ronaldo captained Portugal into the fixture, marking his fifth appearance at a World Cup finals.

As the television cameras panned across Fernando Santos’ team, the 37-year-old could be seen looking forward sternly with a tear in his eye whilst A Portuguesa played inside the Stadium 974. 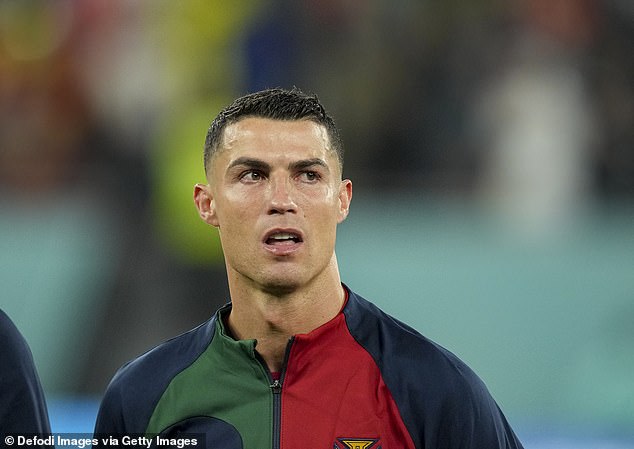 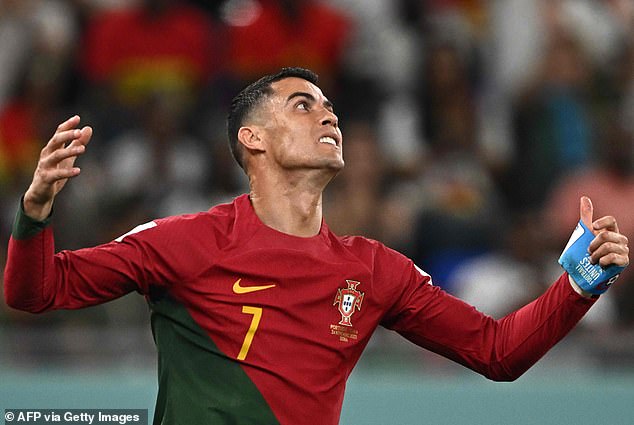 The game marks the first time that Ronaldo has taken to the pitch following his public falling out with, and subsequent contract termination from, Manchester United.

After remaining at Old Trafford despite his well-publicised desire to depart the club in search of Champions League football this summer, Ronaldo found himself utilised as a squad player in his second season back at United under new boss Erik ten Hag.

Matters continued to deteriorate throughout the current season, reaching a boiling point when the veteran striker refused to come on as a late substitute as Ten Hag looked to consolidate a win against Tottenham.

An explosive TalkTV interview with Piers Morgan followed, that saw the five-time Ballon d’Or winner claim that he felt ‘betrayed’ by how he had been treated at United since returning last year. 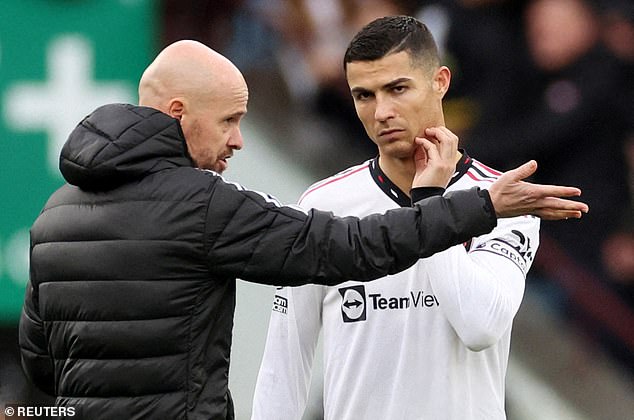 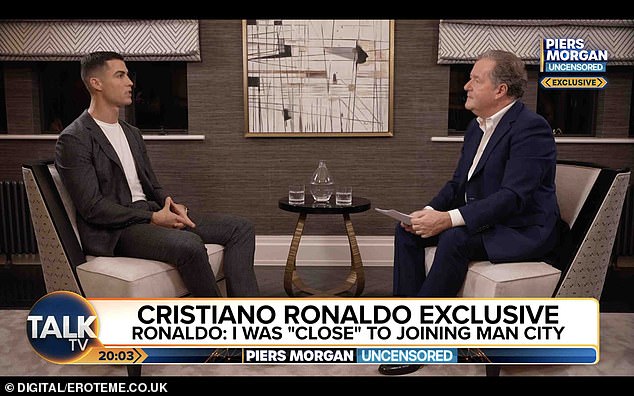 United responded to the claims by insisting that they were following legal advice regarding the situation before coming to a mutual agreement with the player to terminate his £500,000-per-week contract with immediate effect.

‘Following conversations with Manchester United we have mutually agreed to end our contract early.’ Ronaldo explained in a statement made during the World Cup.

‘I love Manchester United and I love the fans, that will never ever change. However, it feels like the right time for me to seek a new challenge.

‘I wish the team every success for the remainder of the season and for the future.’