Manchester United star Cristiano Ronaldo has been tipped for a new role at the club as he continues to start on the bench under boss Erik ten Hag. The five-time Ballon d’Or winner has begun each of the last four games as a substitute, and the Red Devils have subsequently won each time with the latest being Sunday’s 3-1 victory over Arsenal.

Ronaldo had been linked with a move away from Old Trafford but will remain at the club until at least January after the transfer window closed, and could be primed for a new role according to former Manchester City defender Pablo Zabaleta.

“I would like Cristiano Ronaldo to be a mentor for the young players,” Zabaleta told ESPN. “Imagine if you have players like [Jadon] Sancho, [Marcus] Rashford, Antony, all these guys and you have Cristiano coming to you and saying you have done this and that well, you have to understand your position.

“He’s not getting any younger, he can teach the young lads a lot of things and that would be nice to see. I know his personality, he’s been a top player, always wants to play but I think at some point you must accept that you can’t play every single game and you have to support the young players and wish them well.”

Man Utd transfers: Glazers ready to back Ten Hag with biggest call of all 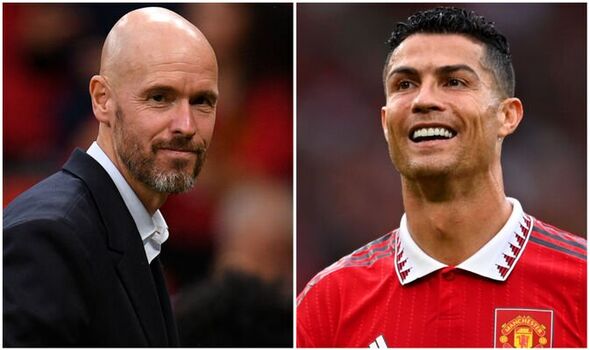 United’s younger frontline flourished during the victory over Arsenal, as new £85million signing Antony got a goal on his debut before he was replaced just before the hour mark by Ronaldo. Marcus Rashford assisted the Brazilian for the opening goal, and then scored twice in the second half to seal all three points for Ten Hag’s side.

Rashford moved to the left after Ronaldo’s introduction and Ten Hag explained how the Portuguese striker can aid the forwards’ flexibility. “It can also do it from the right, you bring in Cristiano Ronaldo as a frontman,” Ten Hag said after being asked the reasons for moving Rashford out wide. 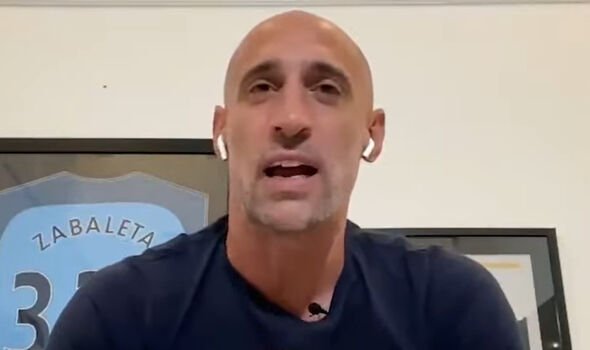 “Marcus did as a nine and from the wing, he played like Christian Eriksen, a pressing game, he transferred really good, but we expect from him a way of playing as a striker to be the target, drop in, play over, linking, arriving in the box and scoring goals.

“I’m really happy with his performance, it shows his development and room for improvement, but he’s got such great capabilities, I’m happy with him in the team.”

Ronaldo’s 32 minutes against Arsenal was the most he has managed since playing the entirety of United’s 4-0 defeat to Brentford in August, as Ten Hag has previously claimed the 37-year-old is still getting up to full fitness after missing almost the entirety of the Red Devils’ pre-season.