Home » ‘Run with it – it’s worth it’: How Hamza Choudhury is helping inspire British Asians into football

Hamza Choudhury never set out to be a role model. We know this because when he’s asked what it feels like to be one, he grins, suppressing an embarrassed laugh.

He set out to be a footballer. Ideally a Premier League one, no doubt, but any level of professional suited him fine. The game was an infatuation cultivated in a large Muslim Bengali household that was helmed by a mother, Rafia, who could not have been more encouraging of the pursuits of her children.

The result is that Choudhury is a Premier League player, part of a Leicester City side at home in the top four, and capped by England at Under-21 level. As such, he is the most prominent British Asian in football. And the rarity of his background in the top-flight is something not lost on the 23-year old. Especially when it’s brought up by others.

“Every time somebody mentions it, it makes me feel pride,” says Choudhury. “I feel proud. And grateful that I’ve got the opportunity to do it.”

That pride has been distilled into a campaign to highlight the lack of British Asian representation in professional football. Driven by EA Sports, Choudhury has become a Fifa ambassador as part of a drive to work as a role model for future generations.

The campaign will feature an advert showcasing Choudhury and the Midnight Ramadan League: a grassroots team set up as a way for those observing Ramadan to play football. Matches kick-off after Iftar and before Suhoor and act as another way for the Muslim community to come together during this time of reflection and worship. A number of bespoke Midnight Ramadan League kits will also be available as assets within Fifa 21.

Accompanying the advert, which debuts on Friday night, is a comic book by Choudhury titled “Hamza: My Story”. The comic, in conjunction with Show Racism the Red Card and Premier League Primary Stars, charts his upbringing as a British Asian. A journey of discovery and embracing of his differences that made him the person and player he is today.

Illustrations are provided by Raj Dhunna, an artist of Indian background based in London. Choudhury’s story was put into words by myself.

Speaking personally, football has always been a passion. Like Choudhury, it was a love fuelled by family members infatuated with the sport who did not see themselves in it. A lack of representation was an ongoing factor for my generation, along with those before and after, who were perhaps wary of entering into a domain that seemed unwelcoming to those who looked like us.

There is optimism that those numbers are moving in the right direction, on and off the pitch. The media landscape is becoming more diverse, and players like Choudhury and Swansea City’s Yan Dhanda, whose paternal grandparents hailed from the Punjab, India, are two of many footballers making serious moves in the game.

Such progress is reflected in other areas. Earlier this month, Sikh brothers Bhups and Sunny Singh Gill became the first pair of British South Asian match officials to work on a Championship game when they officiated Bristol City against Nottingham Forest.

That Choudhury currently boasts the highest profile in the biggest league does not mean his story is any less identifiable. He, too, has suffered racist abuse, both online and on the pitch, notably during an Under-10s game for Leicester City where he was abused by parents on the other team.

To be a British Asian in football is to be wary. However, the message Choudhury is keen to reiterate is that he does not need to be considered an exception because of how far he has risen. 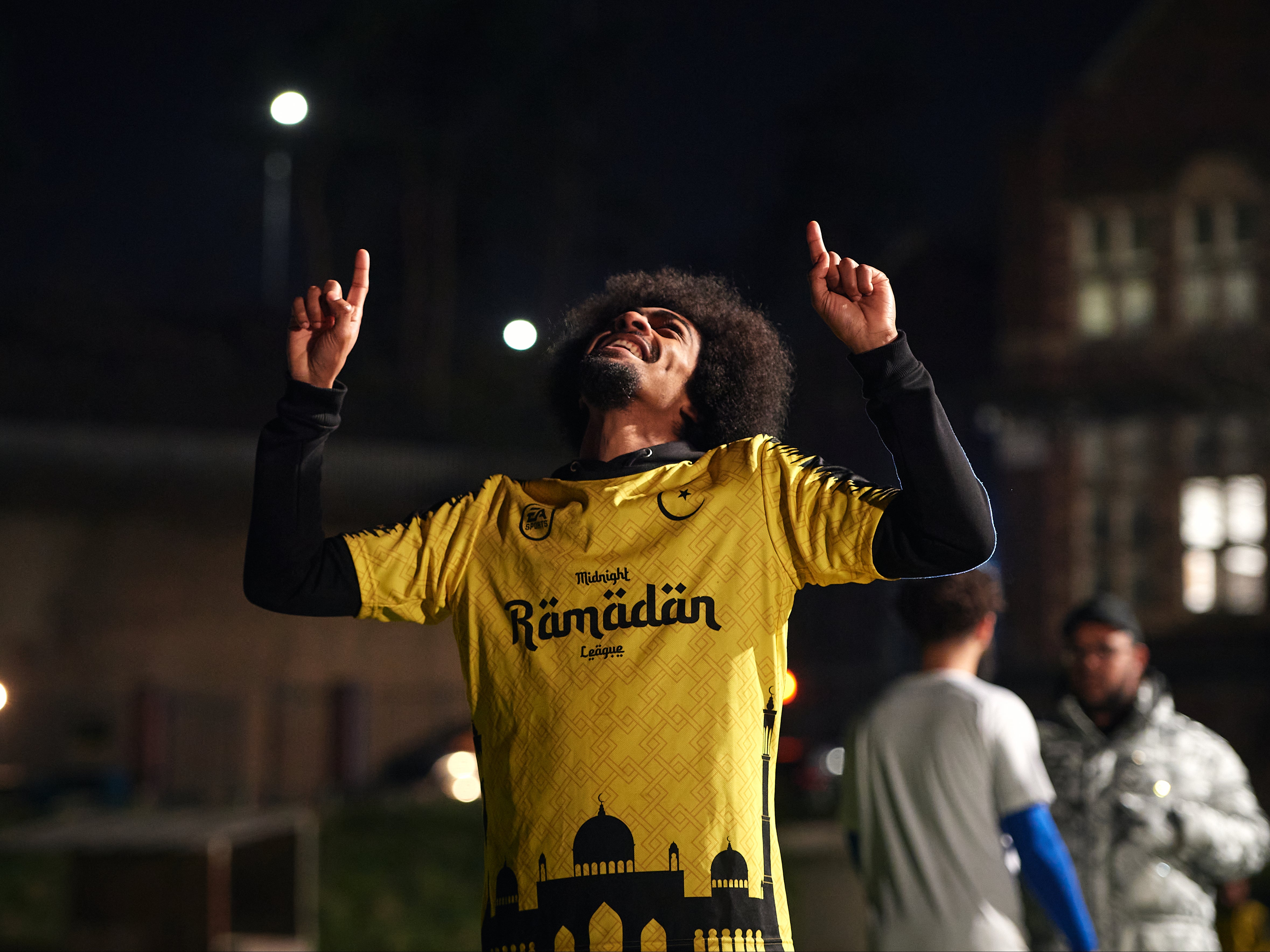 Like any of us, he has wrestled with acceptance, at times of his own identity. And that he has reached a plane of satisfaction in who and what he is – right down to the growing out of his hair which got him further in touch with his father’s Caribbean heritage – is as much a collective success as it is his.

Choudhury does not just want to encourage a greater swell of professional footballers with South Asian backgrounds. He wants to send the message that football as a whole, with its various avenues and varied communities, is a place where we all belong. And there is no reason to feel otherwise, even if some go out of their way to make it seem that way.

“It’s the unknown that scares a lot of people,” he says. “It’s not guaranteed – nothing is in life. Football is a harsh game and a small minority make it. But what comes with it is amazing. You won’t really find it in any walk of life. The fun along the journey is worth it even if I didn’t make it to the level I am.

“People feeling like they can go into these situations and they can survive. It’s not as harsh as it seems on the outside.”

The journey for Choudhury is just getting started. He ticked off a first Leicester appearance in November 2017, his first Premier League minutes in April 2018, a first league goal in January 2020 and, earlier this season, became the first Bangladeshi to score in one of Uefa’s two major club competitions with his strike in a 2-1 win over AEK Athens in the Europa League.

The firsts, for him and the wider community, will keep coming. Naturally, influence and inspiration of others will follow. Simply by being where he is and who he is, he is a role model. And as he comes to grips with the notion, the laugh subsides but the smile remains.

“I enjoy representing. I do appreciate this all and that it’s important for people to know the opportunities are there and should be taking it in their stride. Run with it – it’s worth it.”

‘A big test’: Fogarty knows what Blues must do to upset Bulldogs