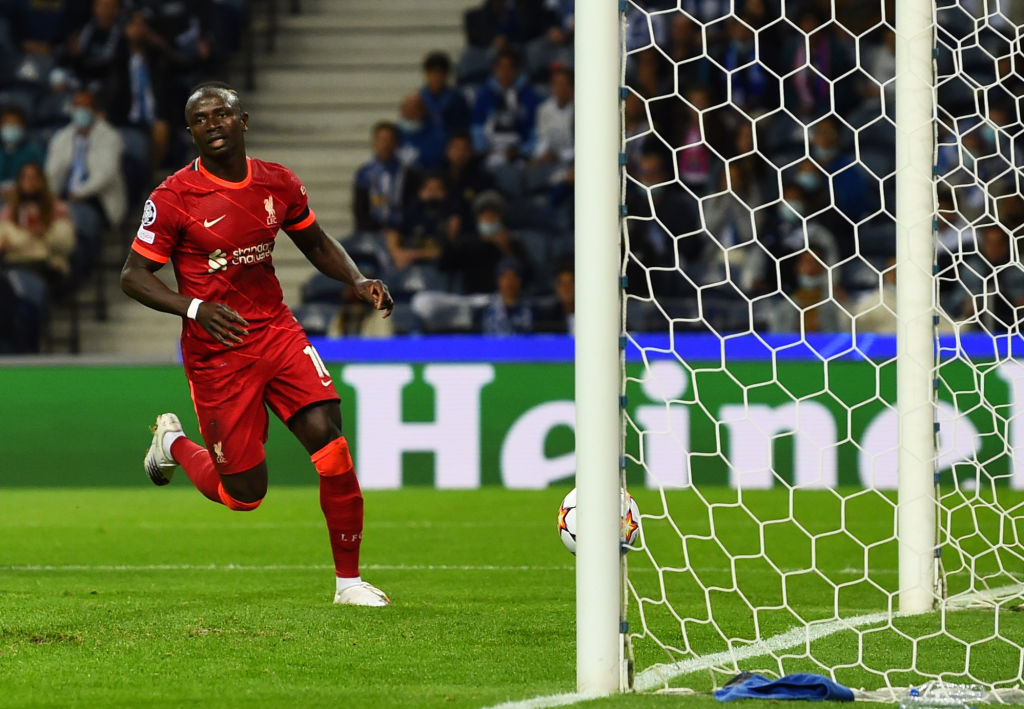 Sadio Mane became just the third Liverpool player to score 20 goals in the Champions League on Tuesday night, when he scored in the Reds’ 5-1 win over Porto.

The 29-year-old tapped home from a James Milner cross in Portugal as Liverpool eased into a comfortable 2-0 lead, joining an elite club in the process.

Only Steven Gerrard and Mohamed Salah have scored more Champions League goals for the Anfield club and with the Egyptian also scoring in Porto, he has moved closer to breaking the club record.

Gerrard currently holds that record, with the former captain scoring 30 Champions League goals for the Reds, but now Salah is in touching distance of that impressive tally.

When Salah opened the scoring on Tuesday night it was his 28th Champions League goal for the club and he followed that up in the second half with his 29th.

He will now fancy leapfrogging Gerrard during the current European campaign.

The Liverpool stars are performing well in the Champions League but they are a long, long way behind the all-time top goal-scorers in the competition.

Lionel Messi is behind him with 120 Champions League goals and Robert Lewandowski in third on 75.

It looks likely that Roberto Firmino will become the next man to reach 20 Champions League goals for the Reds after he came off the bench in Porto and scored twice.

The Brazilian took his tally to 18 Champions League goals for Liverpool with those two goals as he piled the misery on the home side as the visitors left with a 5-1 win.