Home » Soccer » San Marino vs England: Live score and updates across every qualifier

San Marino vs England LIVE: Emile Smith Rowe and Aaron Ramsdale are handed their senior debuts while Gareth Southgate sticks with a back three as his side try to seal qualification for next year’s Qatar World Cup

Gareth Southgate’s England can finally seal their 2022 World Cup spot next winter should they avoid defeat to San Marino on Monday – who are ranked as the world’s worst team.

The Three Lions face a side ranked 210th in the world out of 210 teams, with Southgate expected to make several changes ahead of their Qatar place being confirmed

Expect goals tonight in Serravalle, as England have won their last five encounters against their European minnows by an aggregate scoreline of 29-0.

Elsewhere, Group I rivals Poland are also in action tonight as they host Poland. Group F is decided but Scotland vs Denmark is an enticing game regardless, while Group C is set for an epic finale, with Italy and Switzerland still battling it out for top spot. We will keep you up-to-date across the board.

Right, we’ve got some team news!

There are eight changes from the Three Lions side who beat Albania 5-0 on Friday night, including first starts for Arsenal duo Aaron Ramsdale and Emile Smith Rowe.

Harry Kane, Harry Maguire and Phil Foden are the only three players who keep their places from the Wembley clash, with the England captain hoping to build on his 44 Three Lions goals this evening.

Bukayo Saka looks like he is turning out at left wing-back, with Trent Alexander-Arnold on the other side, while Connor Gallagher will be hoping to get his Three Lions debut off the bench.

When you play the worst team in the world, you’ll get the worst treatment.

A power cut in Serravalle temporarily plunged this World Cup qualifier into doubt tonight, but electricians managed to get the lights back on and this game is now going ahead again.

There was a similar incident in English non-league football over the weekend, with non-league side Marine seeing their floodlights go out during their FA Trophy clash with Dunston. But a visiting midfielder, who is an electrician by day, managed to solve the situation in his kit!

Maybe England need a non-league player or two in their set-up, just in case!

One more result is needed.

Gareth Southgate’s England squad have nearly booked their spot in Qatar. In fact, if the Three Lions do not seal it tonight, it would football’s greatest every underdog story.

To put it simply, England need to avoid defeat to the world side in the world. A point is needed in Serravalle but the Three Lions are widely expected to win, and win big.

Southgate is set to make the changes, so this is a big chance for the likes of Aaron Ramsdale, Emile Smith Rowe and uncapped Connor Gallagher to show their worth at this level.

Kick-off in San Marino is at 7.45pm (GMT), and we’ve got team news coming within the next 25 minutes… 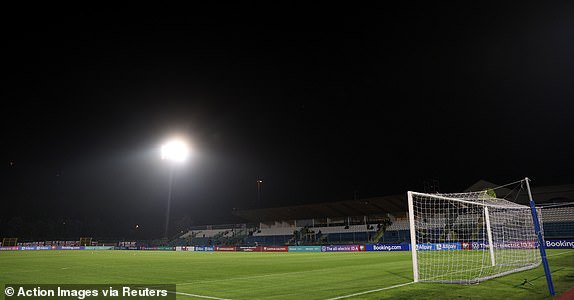 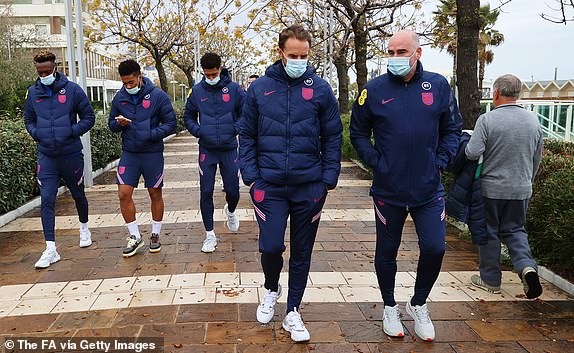