REVEALED: Saudi Arabia were a HUGE 500-1 to beat Argentina after Lionel Messi’s opener… before the rank outsiders came from behind to win in one of the biggest upsets in the history of the World Cup

Saudi Arabia upset the odds in more ways than one in their shock victory over Argentina as they were a huge 500/1 to win the World Cup clash when trailing 1-0.

The Saudi Arabian side caused one of the biggest upsets in the history of the World Cup as they came from behind to beat Argentina 2-1 in a memorable Group C encounter.

Lionel Messi had given Argentina, one of the pre-match favourites, the lead 10 minutes in before Saudi Arabia – ranked 48 places below the South American giants – launched a stunning fightback. 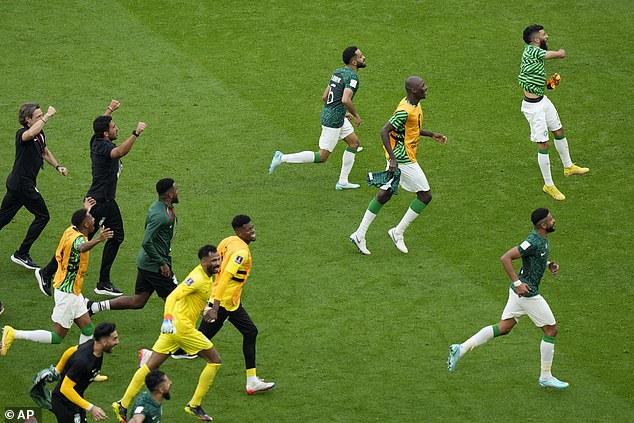 At that stage, SkyBet had Saudi Arabia as high as 500-1 to come from behind and secure all three points.

Saleh Al-Shehri equalised just after half-time before Salem Al-Dawsari’s wondergoal put Saudi Arabia in front. They then held on amid intense pressure from Argentina, sparking wild celebrations from their fans and players alike.

Saudi Arabia were a 33/1 shot to win the game before kick-off at the Lusail Stadium – and were still 30/1 to claim an unlikely victory when the match was level at 1-1. 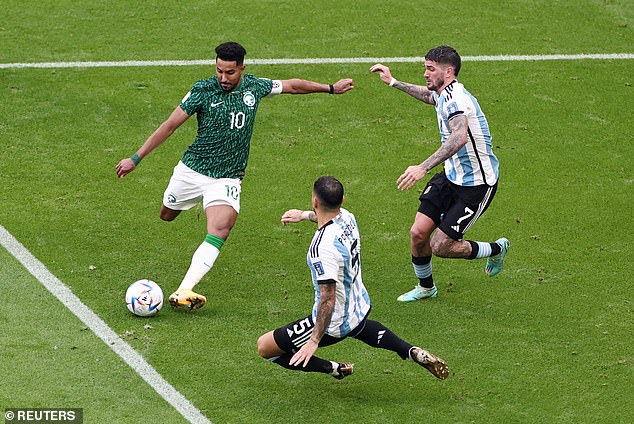