The power of football! Saudi Arabian fan rips his own FRONT DOOR off its hinges in incredible celebrations after their stunning victory over World Cup favourites Argentina in Qatar

A jubilant Saudi Arabia fan took his own front door off its hinges when he celebrated the winning goal in their shock 2-1 victory over Argentina.

Saudi came from behind to score two goals in just eight minutes in the second-half of their Group C clash to pull off arguably one of the greatest World Cup shocks ever.

Lionel Messi opened the scoring from the penalty spot in the 10th minute of the match, but his effort was cancelled out by goals from Saleh Al-Shehri and Salem Al-Dawsari. 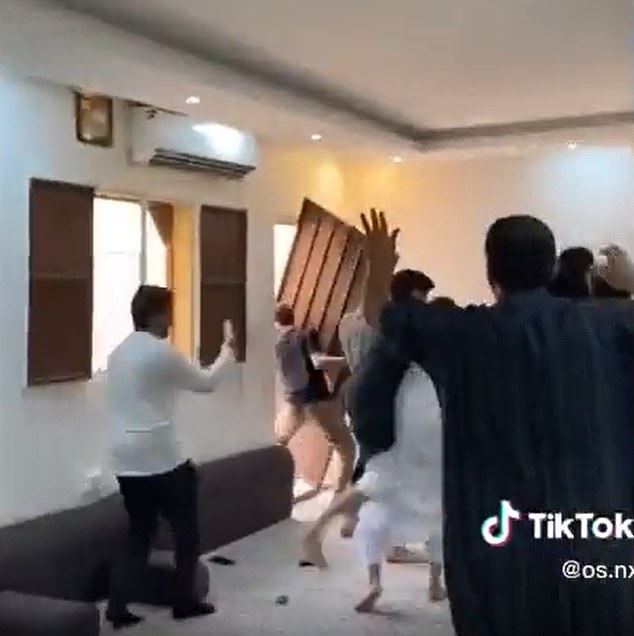 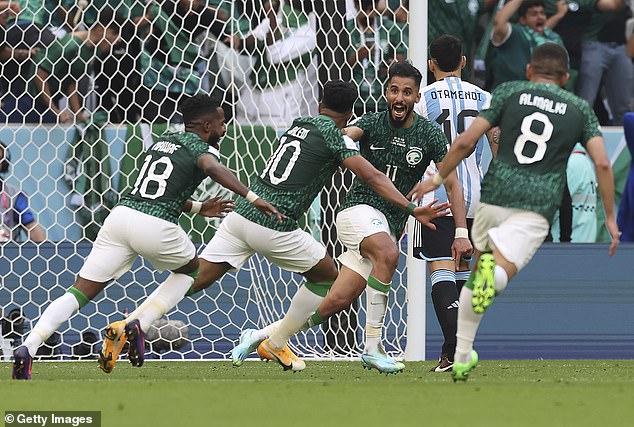 Saleh Al-Shehri drew them level as he stole a yard on Cristian Romero to fire across goal and equalise.

Al-Dawsari then got himself into space to shoot inside the box to pick out the top corner as Argentina’s defence was breached again.

His goal sent Saudi fans into wild celebrations with one fan ripping a door off its hinges while watching the game with a group of others watching the match.

Football fans have taken to social media to show their amusement from the excitement shown by the Saudi fan.

One said: ‘Only football can make you feel like this

A second posted: ‘The World Cup is undefeated.

Another added: ‘Grown men breaking doors in Riyadh in ecstasy while kids are crying in Buenos Aires, greatest sporting event on earth.’

Saudi Arabia fans were also filmed mocking Lionel Messi and Argentina by copying the ‘Sui’ celebration of his rival Cristiano Ronaldo to celebrate their victory.