‘When you’re watching that you are a little bit embarrassed’: Paul Scholes hits out at first half performance by Manchester United after they were ‘outclassed’ in defeat to Juventus in the Champions League

The Serie A champions turned on the style in the opening 45 minutes and took a deserved lead through Paulo Dybala after a fizzing cross from Cristiano Ronaldo was not dealt with.

And for Scholes, the lack of ambition and discipline throughout the team left Jose Mourinho’s side ‘outclassed’ and ’embarrassed’. 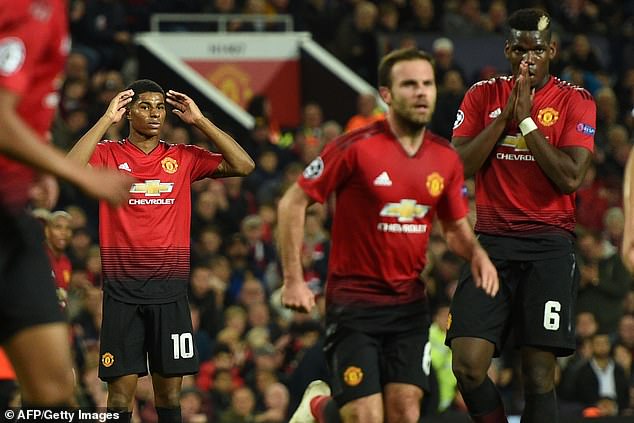 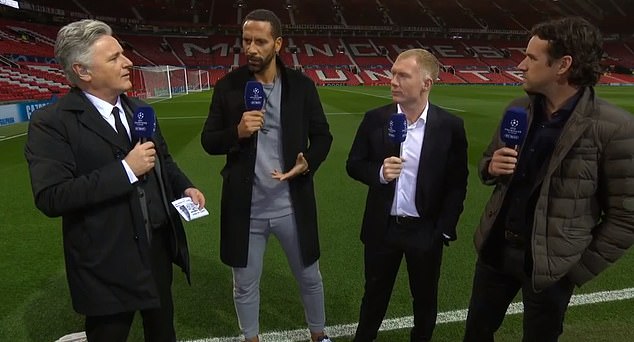 United improved markedly in the second half but could not find the decisive equaliser, having just a single shot on target between the first whistle and the last.

‘Juventus have outclassed United in every area of the pitch I think,’ Scholes told BT Sport.

‘Credit to (Paulo) Dybala he’s finished it well. I give Juventus credit for an away performance against a big club, not a big team as they once were, but they have been so composed.

‘There is such a gulf in class. When United have the ball they look nervous. Is (Jose) Mourinho happy with that? Maybe he is. Who knows? When you’re watching that you are a little bit embarrassed.’ 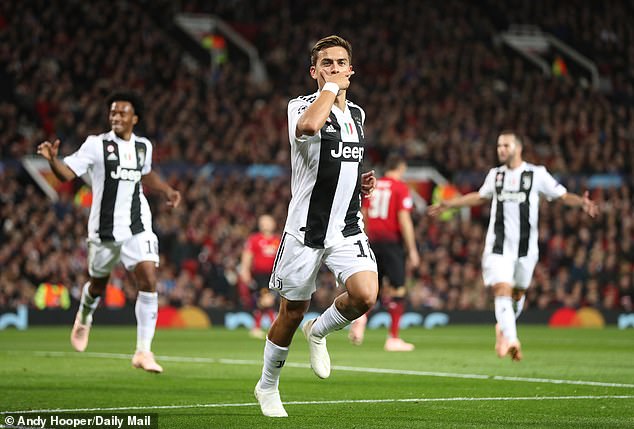 All eyes were on Ronaldo on his homecoming to Old Trafford and he was afforded acres of space with United struggling to keep pace with the vistors’ dynamic and inventive midfield.

Falling behind is nothing new for United or the club’s supporters. But unlike recent comebacks against both Newcastle and Chelsea, they could find no way through the Juve rear-guard despite Paul Pogba rattling the post late on.

‘It’s very similar to the last two games going a goal behind,’ Rio Ferdinand, alongside Scholes as a pundit for the game, added. ‘If I was to try and sum that game up you’d say it was men against boys.

‘We asked for a fast start which you’d expect under the lights in the Champions League. It’s been a lethargic first half and the shape and invention of this Juventus team has caused United plenty of problems.’ 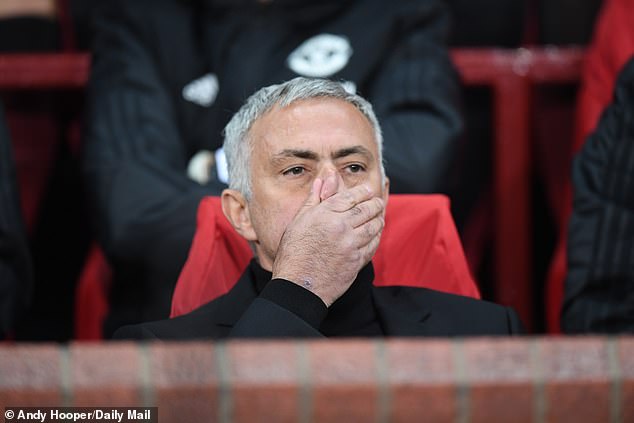