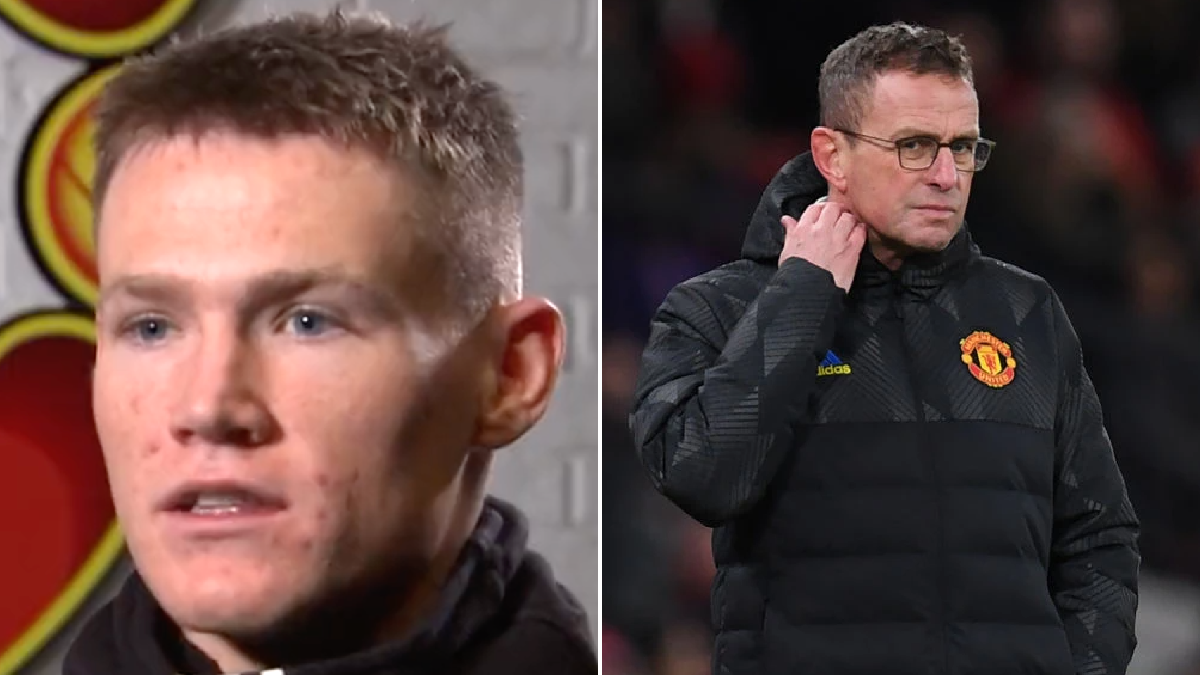 Rangnick was appointed as United’s interim boss until the end of the season following the sacking of Ole Gunnar Solskjaer last month, who left with the club teetering in eighth place in the table.

The 63-year-old took charge of the Red Devils for the first time in their 1-0 Premier League win over Crystal Palace on Sunday, before he fielded a youthful side in a meaningless Champions League group stage match against Young Boys on Wednesday night, a game which they drew 1-1.

McTominay played the full 90 minutes against Palace, with Rangnick singling him and fellow holding midfielder Fred out for praise after the match, while also urging them to cut the sloppy square passes from their games.

Speaking ahead of United’s clash against bottom of the table Norwich on Saturday, the Scotland international opened up about his first impressions of the new boss and his managerial style.

‘He’s been really, really good and he’s been good with the schedule, making sure we have enough sleep and the times we’re in we can prepare,’ he told Sky Sports.

‘[He has] more steel behind closed doors, very firm, very driven, he knows what he wants in meetings. He’s very, very clear.

‘That’s the way it is in football, to get your point across you have to be clear and forceful and if players aren’t doing what he’s asking then he’s not shy to tell him.

‘First impressions are very, very good, we’ve obviously had a good result against Crystal Palace and now hopefully we can move forward with that and win more football games.’