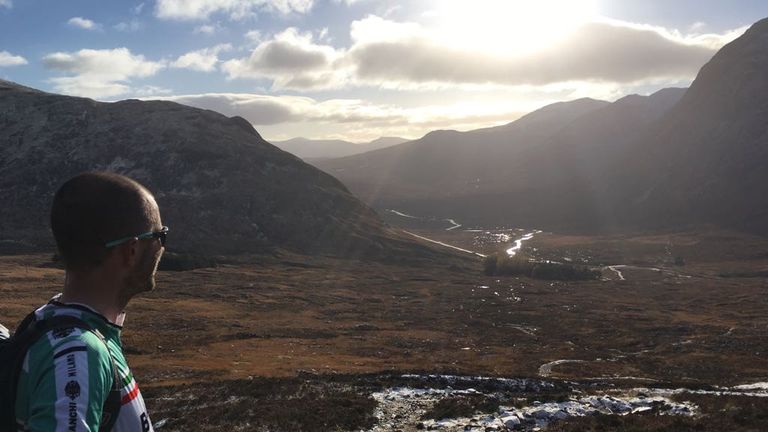 Steven Harris’ job with the Scottish Football Association sees him allocating referees to fixtures in the Premiership and other leagues down the ladder.

Last weekend, however, the logistics of his task were very different – running a marathon route in Glen Coe and skirting around Ben Nevis, in the Mamore mountain range in the Highlands.

The 37-year-old Professional Game Appointments Officer was taking on the endurance test to remember a young man who is greatly missed.

“In the summer of last year, my wife’s cousin Ryan took his own life,” says Steven, speaking to Sky Sports. “He was only 26, and had been suffering from depression. It’s been a devastating time for the whole family and they’re still working through their grief. “Ryan was also gay. He was assaulted twice, and although we won’t ever know for sure, it may have been due to his sexuality.

“My wife’s family are from Kilmarnock. It was a tough place for him to grow up in, and that was a big part of his story.” 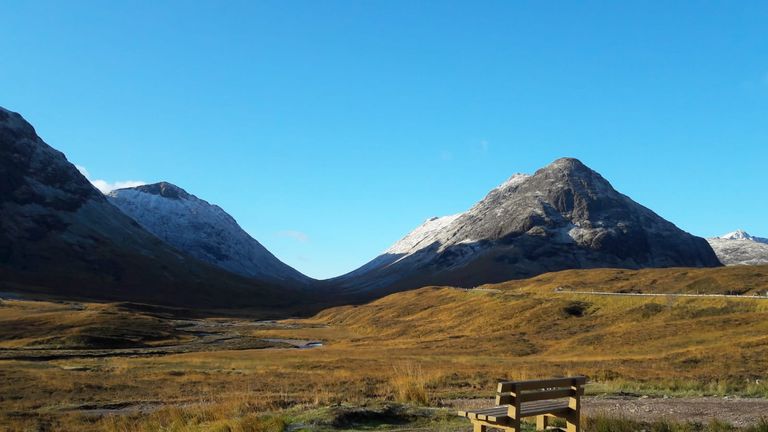 The cyclist Graeme Obree, who twice broke the world hour record in the 1990s, is from the same area in the west of Scotland. Obree has spoken of his own mental health issues – he is bipolar – and how his struggle with his sexuality contributed to two suicide attempts before he felt able to come out as gay to his family.

Steven’s wife Sarah grew up on the same street as her younger cousin; they were very close. “We’ll never know the full extent of the cause of Ryan’s depression, but there were incidents of anti-gay bullying,” says Steven. “Ryan often found himself in an environment that wasn’t fully supportive.”

In order to honour Ryan’s memory and to help raise awareness, Harris decided to run a route that is a variation of the Glencoe Marathon. “It’s still 26 miles – the same number as his age – so that seemed appropriate, and as I know Glencoe quite well, I thought I’d go for the mountain marathon.

“But what was also really important to me was to run it wearing Rainbow Laces. It’s a campaign that we’d supported at the Scottish FA last year, only a few months after Ryan passed away, and I’ve always kept my laces in my trainers since. 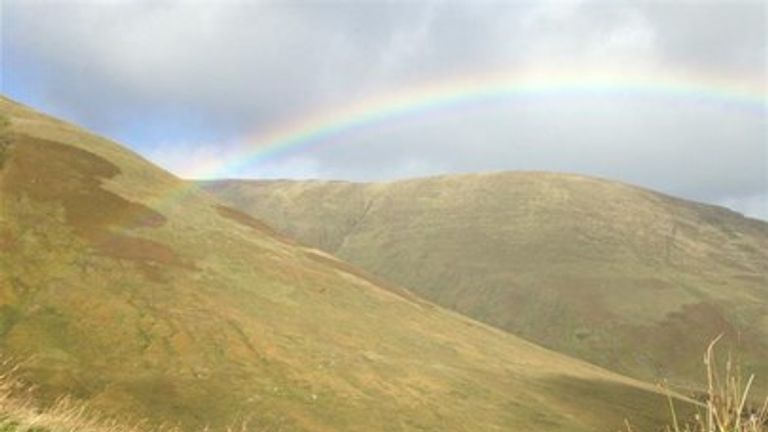 “I really think Rainbow Laces are such a brilliant idea. We put on lapel and pin badges for various things but after a certain time has passed, they come off. You can wear the laces all year round and show support for the campaign.

“Particularly when I play football, I always think they send a good message to anyone new who comes into our group.”

It was Harris’ own love of football which encouraged him to apply for his current role; he was previously in social work. “Now I manage the refereeing appointments for the professional game in Scotland, from the Premiership to League Two, and also in the Highlands and Lowlands leagues – basically everything that falls under the pro game umbrella.”

In recent weeks, the Scottish FA has also been tackling the issue of men’s mental health, with regional football manager Paul McNeill contributing a powerful video in which he talks about his father’s suicide and the effect that had on him.

The power of football reaches far beyond the pitch.

This is his story. pic.twitter.com/CCdVPckwf4

“Paul is an inspirational guy. People should watch his video if they haven’t already seen it,” says Steven.

“Taking on a challenge myself gave me something to focus on. It can be really hard to talk about grief and loss when it hits a family. It’s been good for my own mental health too.”

The route taken by Steven and his friend Craig Freshwater, from Glen Etive to Fort William, took six hours and nine minutes for them both to complete. Steven’s father-in-law Ian McLaughlan provided water supplies and support, following the hardy duo by van and for some sections, by bike. “We’ve raised over £1300 so far for Stonewall, the LGBT charity behind Rainbow Laces – I’m hoping we might be able to get up to £1500.

“The original target was £500 but everyone’s been sharing it and it’s really snowballed.” The Rainbow Laces campaign will receive its annual activation in mid to late November and early December. Steven believes the initiative remains an important cause for the whole of British sport to rally behind.

“Men’s football still seems back in the dark ages at times, when it comes to this topic,” he says. “LGBT people have come out in all walks of life but not often in this one.

“That matters, because football is such a huge part of our culture here in Scotland. If you were to get a role model there who could help younger people be more comfortable in themselves, it would have a big impact.” 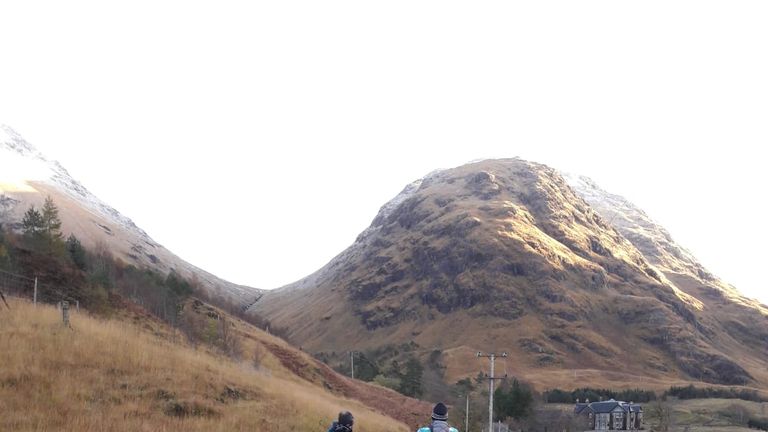 Stonewall’s School Report survey last year found that 45 per cent of LGBT pupils in Britain’s schools are bullied about their sexuality or gender identity. More than four in five transgender young people surveyed said they have self-harmed, as have three in five lesbian, gay and bisexual young people who aren’t trans.

One in five LGB students who aren’t trans told the survey that they have attempted to take their own life. That figure rose to more than two in five for students who are trans.

“Some of the stats are unbelievable,” says Steven. “It’s high time everyone was just accepted for who they are, and aren’t put at any risk of assault or bullying because of that.

“Fortunately people are starting to talk about mental health more. It’s in the zeitgeist now. We’re also seeing those traditional ideas of masculinity being challenged by men sometimes showing their vulnerable side.

“That’s a good sign for football. It’s ridiculous that in the game, the issue of sexuality is still kept under a blanket. Rainbow Laces is helping to break that taboo.” 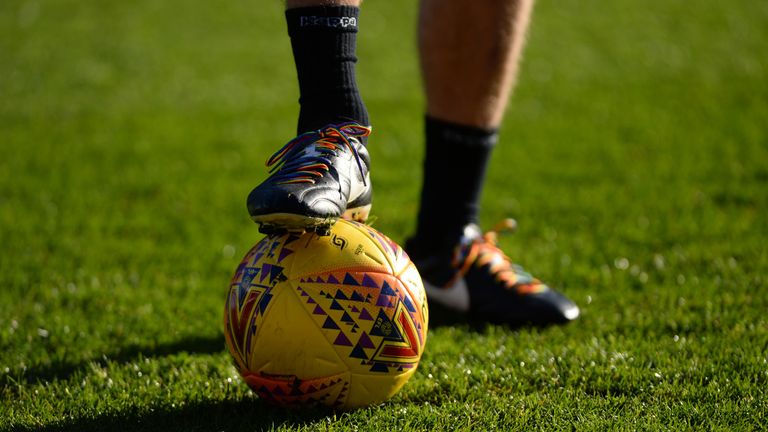 You can donate to Steven’s fundraiser in memory of Ryan Gibson at https://www.justgiving.com/fundraising/thegymshoe

Stonewall’s Rainbow Laces campaign will receive its annual activation across British sport from November 17 to December 6. Contact us at Sky Sports if you’d like to share a story to help raise awareness around LGBT inclusion. 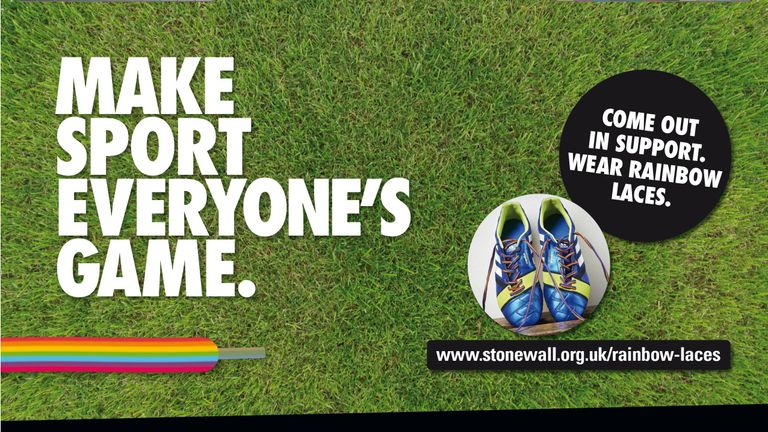