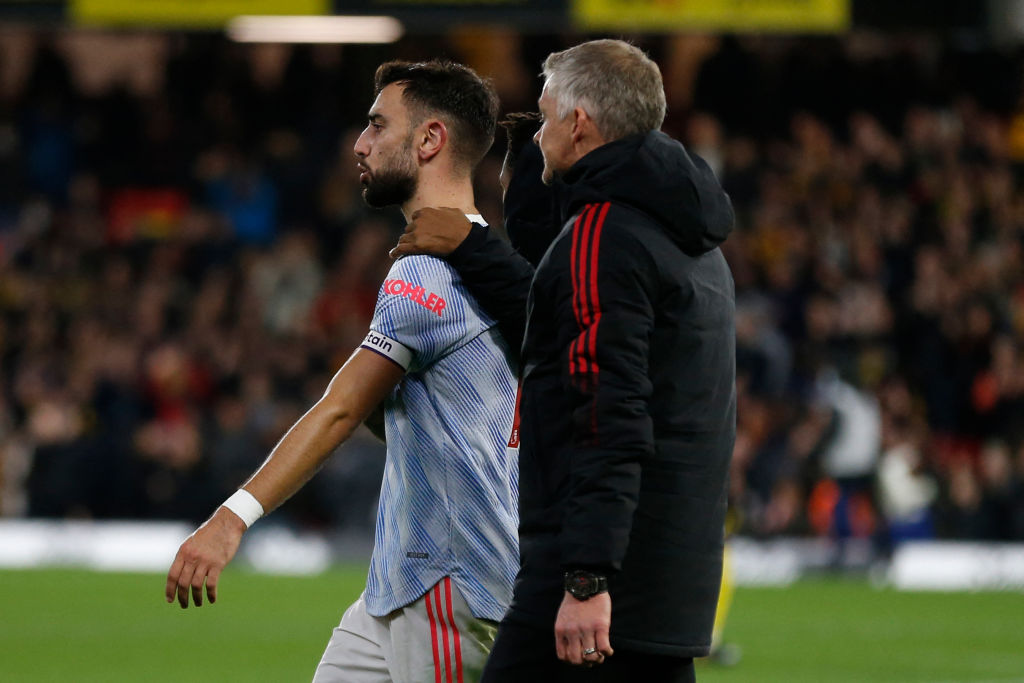 Alan Shearer has slammed Bruno Fernandes for his post-match gesture after Manchester United’s humiliating 4-1 defeat away Watford on Saturday.

The Red Devils were 2-0 down by half-time at Vicarage Road, and though they hit back through Donny van de Beek in the second half, Harry Maguire’s subsequent sending off halted any potential comeback.

Claudio Ranieri’s side went on to score twice in stoppage time to wrap up the win, moving them up to 16th in the table and United down to seventh.

The result has left Ole Gunnar Solskjaer on the brink of the sack, with United losing for the fifth time in their last seven league matches.

After the match, Fernandes reacted to United fans booing Solskjaer in the ground by wagging his finger in disapproval and then pointing at his teammates to suggest that they should shoulder the blame.

Speaking on Match of the Day, Shearer took issue with the midfielder’s antics and claimed that the squad in general ‘don’t want the manager’ and have ‘lost respect’ for him.

‘Well that’s pretty embarrassing I think from Bruno Fernandes because they’ve got the chance to save the manager’s back in the performance that they put in,’ Shearer said.

‘They’ve stopped running for their manager, they’ve lost respect for the manager and you have a player coming out and saying, “They didn’t know what to do with the ball”. Well that does lie at the manager’s feet because that’s no plan, no tactics.

‘That’s not the first time we’ve seen players stop running for their manager and it won’t be the last time. That is football, unfortunately.’