This was a huge result for those who reckoned Sheffield United could not cope with the quality of the Premier League.

Chris Wilder fielded 10 of the players that served him in the Championship last season and, courtesy of John Fleck’s second-half double, witnessed the club’s first back-to-back top-flight wins since Neil Warnock achieved the feat in December 2006.

Wilder is a man more interested in repetition than reputation. He has stuck with the personnel and patterns of play that got him here. Aston Villa, a club that in contrast invested £130million last summer after promotion, held out for 50 minutes before United — with Oliver Norwood swinging the ball this way and that like his old schoolmate Jimmy Anderson — broke them down the right. 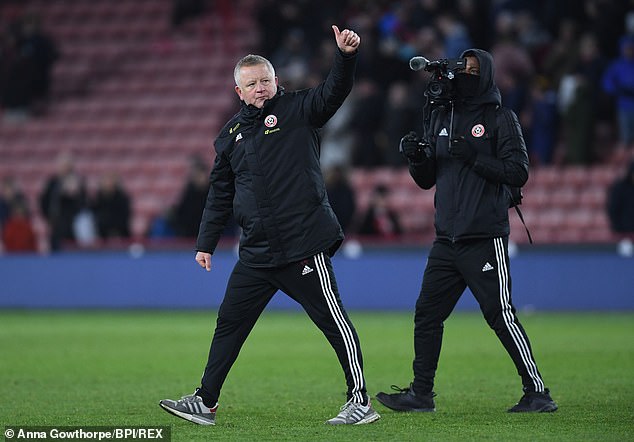 Three players to have featured in League One or lower crafted the opening goal: Chris Basham back-heeled, John Lundstram crossed and Fleck swept in. Fleck’s second was laid on by David McGoldrick, a striker without a goal but undroppable for other aspects of his play.

‘We had to be smart in the summer, we had to take on board the different challenges that the Premier League would pose. The players went away at the end of the season after about four weeks of celebrating getting promoted and sobering up,’ Wilder said.

‘But they got themselves together individually and they decided that they wanted to be Premier League players.

‘They were always going to get that opportunity. We were never going to take a wrecking the ball to the way we played.’

While the South Yorkshire club made the most of their chances, Villa did not. Jack Grealish blew the chance to make it 2-1 from the penalty spot late on. 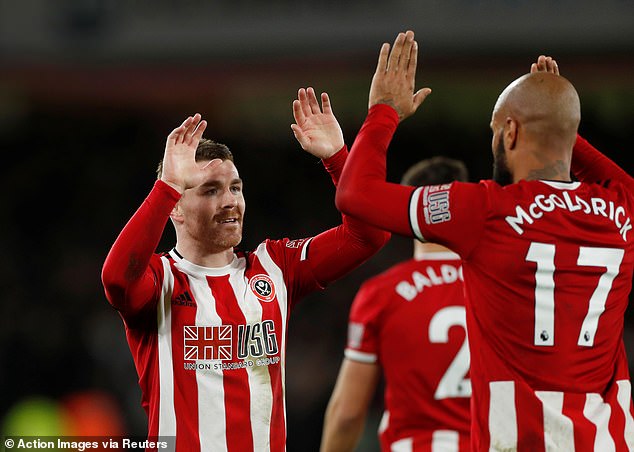 John Fleck, left – scorer of the second goal – featured in League One and is now flying high 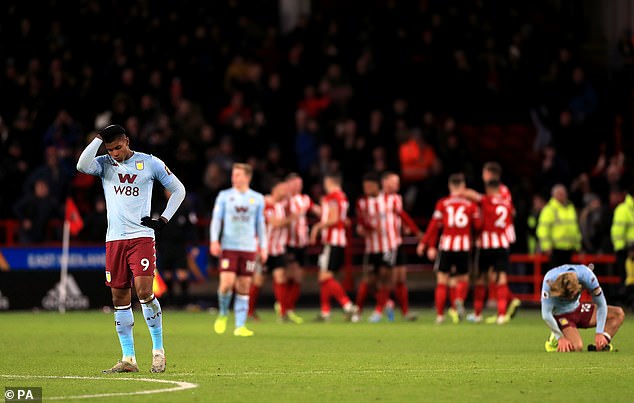 Aston Villa, meanwhile, spent £130m last summer and are the opposite of Sheffield United

Despite six defeats in eight, and a precarious placing of 17th, Dean Smith refused to be negative.

‘It is a perception of others that confidence is low,’ he said. ‘We have lost three games against teams in the top 10. It’s a tough league.’

Theoretically, it will get easier. Villa’s next three league fixtures are against Southampton, Norwich and Watford.