There must be no better feeling for a footballer than returning back to the club that put you on the map and their fans who adore you.

Cristiano Ronaldo could well be experiencing just that this weekend when Manchester United take on Newcastle at Old Trafford.

The 36-year-old has shown no signs of slowing down despite retirement creeping closer and his eye for goal seems to be just as good as it's ever been.

But there are questions about whether he can still cut it in the Premier League. Daily Star Sport are taking a look at six club heroes who also returned home to see how they fared in anticipation of Ronaldo's second debut. Henry made the switch from Barcelona to New York Red Bulls in 2010 which opened up the possibility of a return to Arsenal.

Once that fact became apparent a deal was almost done and dusted for their record goalscorer and he came in on a two-month loan to replace Africa Cup of Nations absentee Gervinho.

He marked his second debut with a vintage Henry finish to secure victory against Leeds in the second round of the FA Cup and finished it in style too.

His injury time winner against Sunderland in the league capped off a fleeting spell which featured just 161 minutes of action.

What's your prediction for Ronaldo's Manchester United return? Let us know in the comments section. 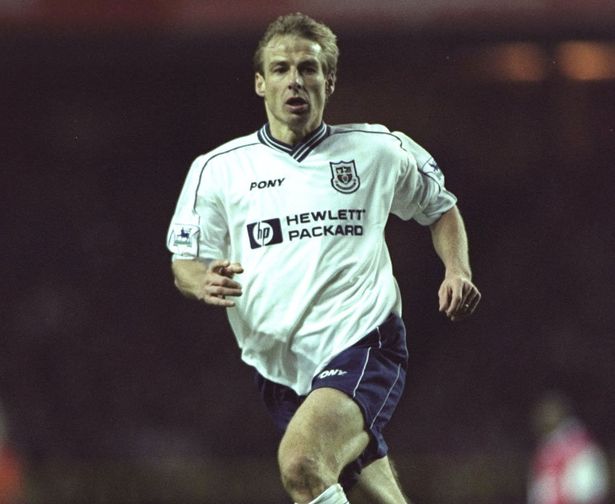 Klinsmann had been a Tottenham player for only the 1994/95 season but his 29 goals and 14 assists in all competitions earned him a special place in their supporters' hearts.

He left for Bayern Munich and then after a brief spell at Sampdoria was back in north London just two-and-a-half years later.

He slotted straight into the team for the derby against Arsenal and assisted a goal to earn a valuable point in their relegation scrap.

His nine finished in the second half of the 1997/89 season, including four against Wimbledon, were crucial to Spurs' survival. As returns go, they don't get much better than Klinsmann's.

Juninho made not one, but two returns to Middlesbrough after an impressive yet relegation-ending first spell on Teeside from 1995-97.

Having spent two years at Atletico Madrid he returned first for a season on loan with the team back in the top-flight of English football.

Another couple of years passed before a permanent return from Spain to the Riverside Stadium happened.

He helped them to their first and only ever major honour to date as they won the League Cup in 2003/04, cementing his club legend status.

Big Dunc never wanted to leave Everton for Newcastle in 1998 so his return 20 months later would've come as a massive relief.

He marked his comeback to Goodison Park with two goals from off the bench to help the Toffees to a 3-0 win against Charlton.

But overall he struggled to find his goalscoring form from his previous spell with the club. Like Henry, he did end it in style, though, with a last minute finish on his final career appearance.

Fowler's love for Liverpool certainly didn't leave him when he departed the club in 2002 and neither had the fan's love for him.

His return in early 2006 was a fairytale for everyone involved and God, as he was known by the Kop, was affectionately welcomed back.

Fowler's fitness wasn't quite up to the same standard as it had been which limited his game time, but his ability to find the back of the net was still top-class, scoring 12 goals in 39 appearances.

Another dream come true was Rooney going back to the club he'd left Man Utd for thirteen years prior.

As many a returnee seems to do, the England record scorer bagged on his second league debut against Stoke to secure a 1-0 Everton win.

Rooney's return may only have been a season long but it was certainly special, with a finish against Man City and a strike from inside his own half against West Ham amongst 11 goals in 35 games.