Edinson Cavani will ESCAPE a ban for his clash with Yerry Mina after ref claimed he saw the incident, as Ole Gunnar Solskjaer hails striker for demanding Manchester United’s iconic No 7 shirt

Ole Gunnar Solskjaer has no doubts that Edinson Cavani is worthy of the iconic No 7 shirt at Manchester United after demanding it when he joined the club in October.

The number has become synonymous down the years with United greats like George Best, Cristiano Ronaldo, Eric Cantona, David Beckham and Bryan Robson – as well as a few duds such as Alexis Sanchez, Angel Di Maria and Memphis Depay.

Cavani wore No 7 earlier in his career at Napoli and Palermo but switched to No 9 for much of his time at PSG. However, the 33-year-old striker made it clear that he wanted the shirt when he arrived at United as a free agent. 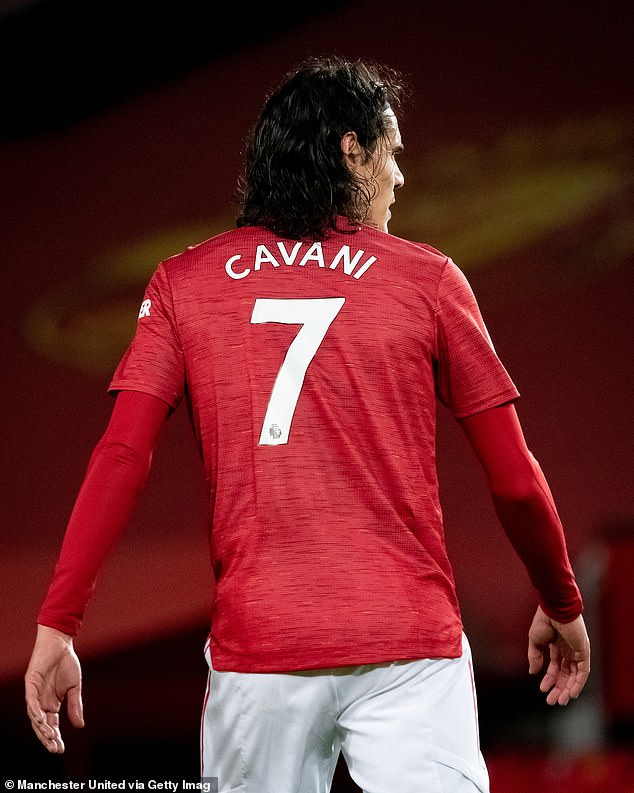 ‘That was the first thing he asked me when I spoke to him, if he could wear the No 7,’ said Solskjaer.

‘Obviously we are talking about the history of the shirt. When you think of the history of his career and the experience he has had, his personality from the chat I had with him and when I watched him before, it wasn’t in doubt that he could handle the No 7 shirt.

‘He is so meticulous and professional. His habits and everything about him show why he has had the career he has. Even at the age he is now he is one of the fittest players we have got.’

Although nine of Cavani’s 13 appearances for United so far have been as a substitute, Solskjaer considers the Uruguay international a starter. 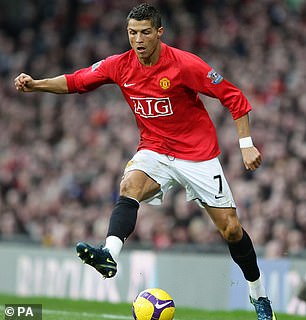 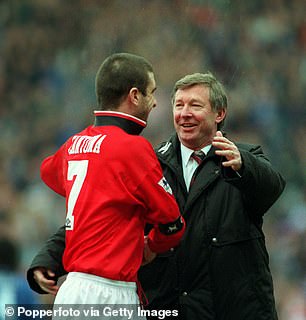 Cavani came off the bench in a 2-2 draw at Leicester on Saturday to set up United’s second goal for Bruno Fernandes, having previously made goalscoring contributions as a substitute at Southampton and Everton last month.

‘He is definitely a starter,’ added Solskjaer. ‘You don’t classify a player of that quality as anything else. We have plenty of starters, more than 11. That is the thing when you are at Man United.

‘You should believe and trust in yourself. I trust him. We have good competition for places. He will probably start more games than he will not start.’

United, who could lose Cavani for at least three games if he is found guilty of misconduct over a social media post, signed him on a one-year contract with the option to extend it by a further 12 months. 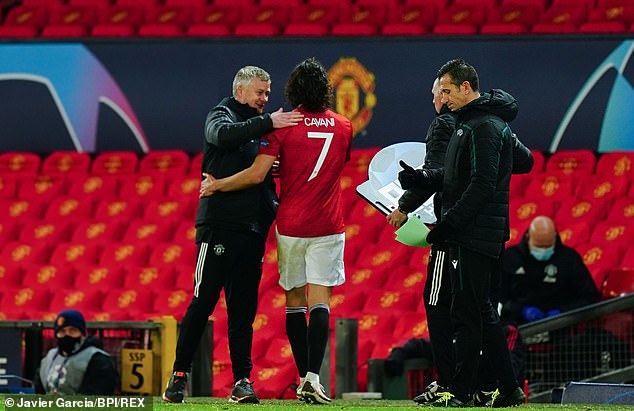 Solskjaer says the Uruguayan, 33, is considered a starter due to the quality he possesses

Cavani could return to the starting line-up against Wolves at Old Trafford on Tuesday with Solskjaer having used 20 players so far over the Christmas period.

‘We have to do it this way,’ said the United boss. ‘It’s good for the players to know we trust them to play in big games. 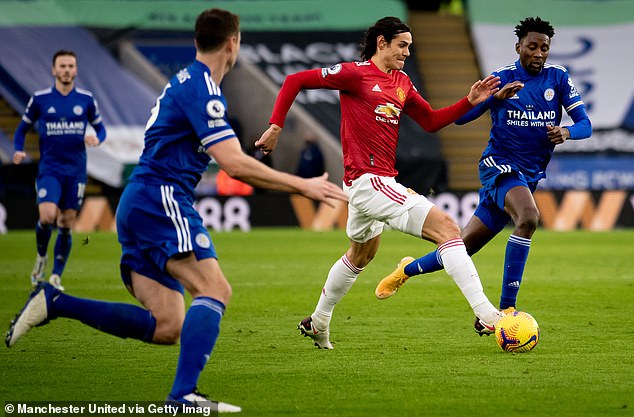 ‘They are here for a reason. They are here to contribute and over this period, they will all have to do that this season because it is going to be relentless. I hope that will stand us in good stead.

‘This year has been a strange one. When you play for Man Utd, you get used to the rhythm of playing and recovery and playing. I have a big squad, so you have to prepare them physically and mentally.’