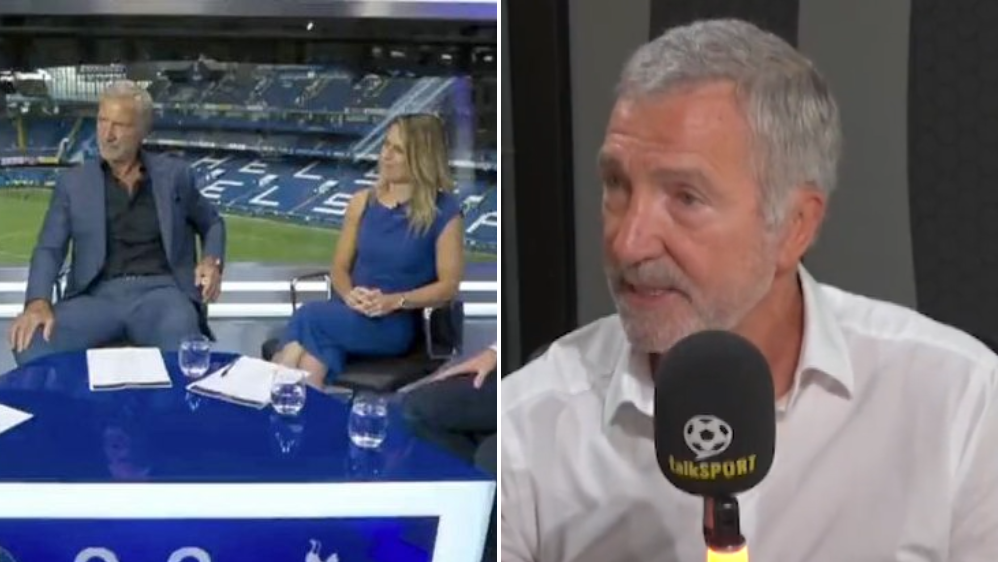 Graeme Souness has doubled down on his comments about football being ‘a man’s game’ and says he does not regret ‘a word of it’ despite causing outrage among past and present England women’s players.

The 69-year-old was sharing his thoughts on a fiery and ferocious clash between Chelsea and Tottenham on Sunday for Sky Sports, which saw a host of full-blooded challenges and two altercations between managers Thomas Tuchel and Antonio Conte.

Souness was delighted to see such aggression and intensity on show between the two teams, saying it showed football ‘is a man’s game all of a sudden now’.

His comments sparked a backlash on social media, with viewers slamming his choice of words given the England women’s victory at Euro 2022 earlier this summer and the fact he was sat next to fellow pundit Karen Carney.

A current member of that victorious squad, Bethany England, also hit out at Souness, writing: ‘Get in the [bin]. What a disgraceful thing to say after the summer this country has just seen.’

But Souness has hit back at the criticism and insists he was simply talking about the rough-and-tumble nature of the match he had watched, and the level of leniency applied by Premier League referees compared to European competitions.

Asked if he regretted what he said during an interview on talkSPORT on Monday, Souness replied: ‘Not a word of it. Let me explain. I’ve been advocating for years that the referees have such a major part to play in the success of the Premier League.

‘We’ve got to be careful what we say today and I’ve not been very good at that, but we were becoming like other leagues.

‘They were blowing the whistle all the time and it wasn’t a good watch. Our game has always been unique, more meaty, more in your face and more intense and we got away from that.

‘I enjoyed two games of football yesterday where men were playing men and they got about themselves and were falling out with each other.

‘Okay, I don’t think we should be condoning the thing on the touchline, but I’ve been there. If you are on the touchline and things aren’t going your way and you feel there’s been an injustice. You’ve worked all week for these 90 minutes.’

Presenter Simon Jordan – who used to own Crystal Palace football club – also jumped to the defence of Souness and feels his comments were taken out of context.

Referring to Aluko’s tweet, he said: ‘It’s preposterous. I’ve seen some of the blowback. What an absolute load of nonsense. A man describing a game featuring men can’t apparently use the words man or men in conjunction with a game featuring solely men.

‘Are we losing context here, have we got to a point where we have to say “hang on here, the Women’s Super League that’s bias”.

‘Are we getting into that territory? It’s ridiculous. Graeme made an observation about a game and made it in conjunction with what he was watching.

‘If someone wants to turn it into something more, they do a particular cause of equality an injustice. It is lightweight activism. I’m seeing players from the England Women’s football team making a song out of thing, I’m so disappointed by it as I think it is unnecessary.

‘If you want to take anybody’s conversation out of context, misrepresent it and turn it into something it wasn’t, then that’s for you to do.

‘It doesn’t mean people should be castigated, it doesn’t mean we need presenters on the show to say “it’s a women’s game as well”.

‘You don’t need it. I don’t think Graeme is a dinosaur, I don’t think he’s misogynistic, I don’t think there is anything wrong with what he said. I’ve got a 14-year-old daughter and I want her to compete in the world and be given the best opportunities, what a load of old cobblers.’