Mark Hughes is set to be sacked by Southampton if he fails to win Saturday’s crunch home game against Watford.

The Welshman finds himself under huge pressure at St Mary’s, with the club having won just once in the Premier League – against Crystal Palace on September 1 – all season. They are just one point outside of the relegation zone.

According to The Daily Mirror, the Saints board are ready to ditch Hughes if he doesn’t pick up maximum points this weekend, with David Moyes and Sam Allardyce among the top candidates to take over. 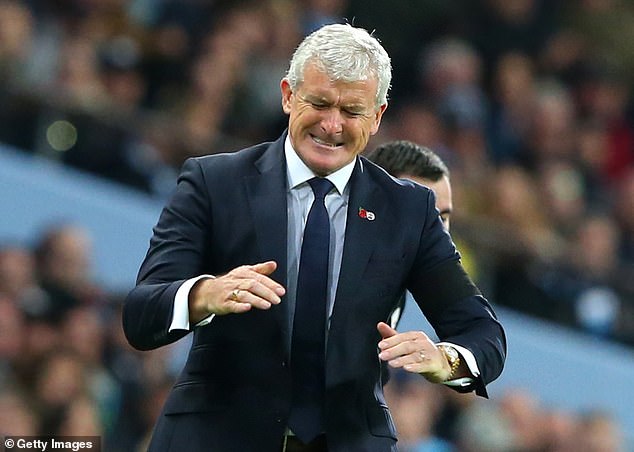 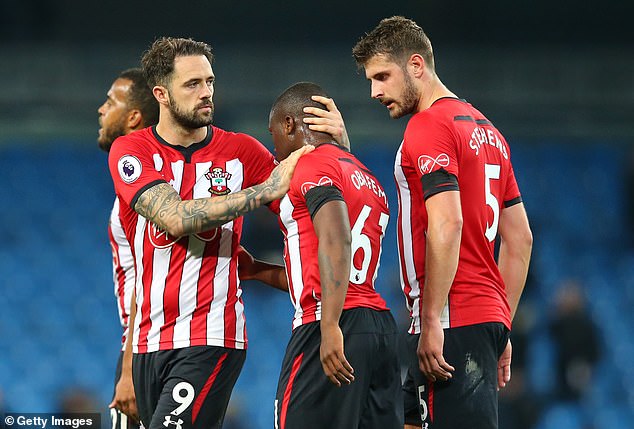 Southampton, who have only scored seven goals in the top flight this term, were thrashed 6-1 by Manchester City on Sunday to leave them without a victory in the league in over two months.

Hughes saved the club from relegation after replacing Mauricio Pellegrino in March of this year, but he has failed to build on that this season.

Supporters have become frustrated with the style of play under the former Blackburn manager, with some said to be keen on a return for former boss Gordon Strachan.

Moyes finds himself out of work after leaving West Ham at the end of last season, while Allardyce is also free to take over having been sacked by Everton in May.

The Mirror also claim that former Monaco manager Leonardo Jardim is popular at St Mary’s, although he is now set to move to the Chinese Super League.

Hughes now faces a must-win game against Watford on Saturday afternoon, with Javi Gracia’s side looking to bounce back from last weekend’s 1-0 defeat at Newcastle when they travel to the south coast. 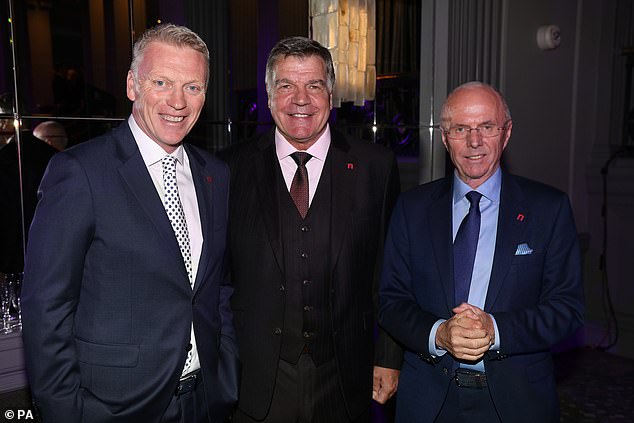 David Moyes (left) and Sam Allardyce, pictured with Sven Goran Eriksson (right), are in the frame for the Southampton job if Hughes is shown the door 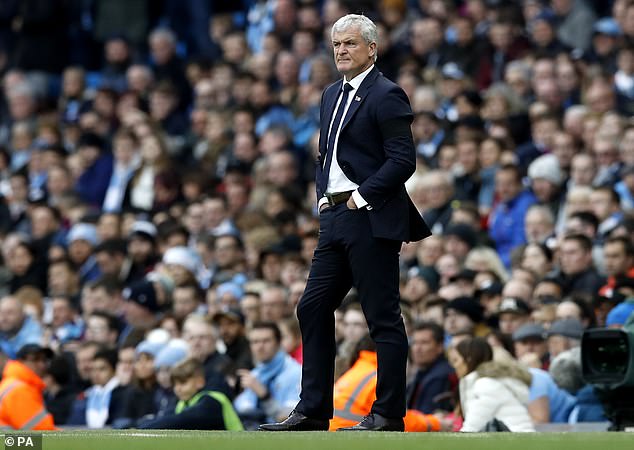 Speaking after his side’s capitulation at the Etihad Stadium on Sunday, Hughes said: ‘We were more than a little bit too passive.

‘When you have got the likes of David Silva and Raheem Sterling winning headers in your box, that can’t happen.

‘I am thinking we need to be more aggressive and determined in our defensive play. That was the frustration for me because we talked a lot about what we were trying to do and that game plan went out of the window.

‘The first 10-15 minutes you have to be strong enough, that is the disappointment. We were never going to get anything out of it because of the opening period.’