Arsenal are looking to extend their winning run under Unai Emery to 11 games with victory over Sporting CP in a top-of-the-table clash in their Europa League group.

Both clubs have won both of their opening two Group E matches and this tie in the Portuguese capital will go a long way to determining which side emerge as group winners.

Sporting are recovering after one of darkest summer’s in the club’s history that saw several first team players worth a combined total of over £100m leave the club for free, but sit in fifth in Primeira Liga, although remain wary of the threat Arsenal possess. 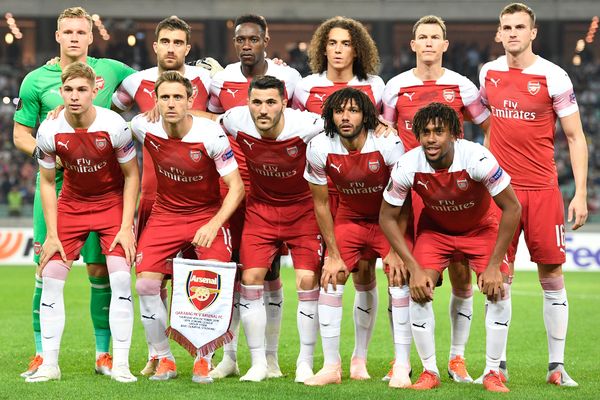 Sporting vs Arsenal kicks off at 17:55 BST

BT Sport will be showing live coverage on BT Sport 2 and online for customers on the BT Sport app and website.