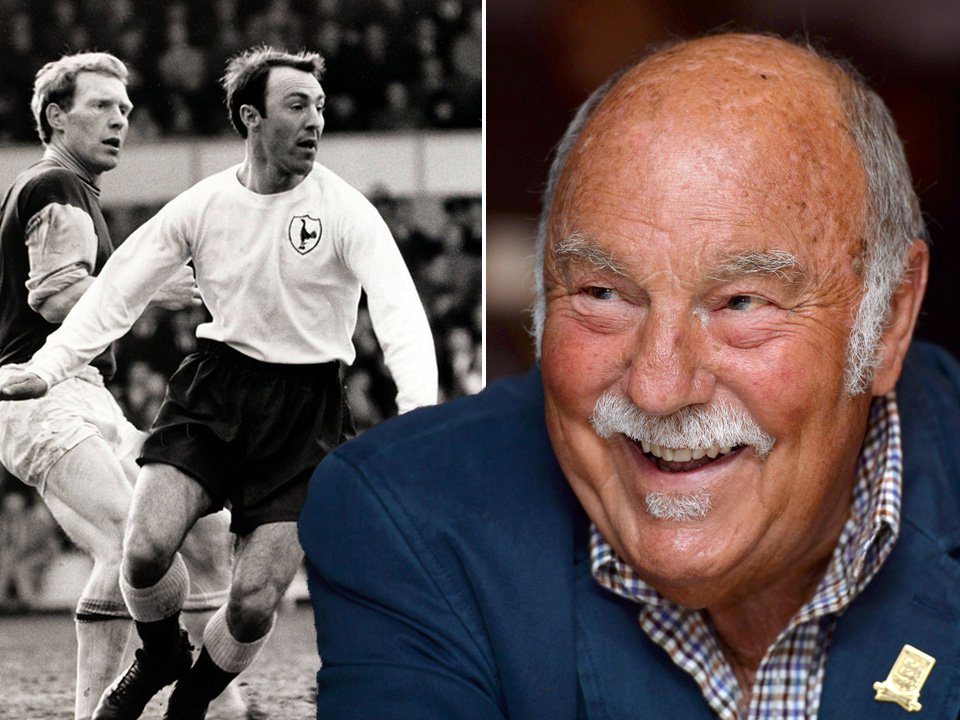 Former Tottenham defender Paul Miller has paid a touching tribute to Spurs, Chelsea and England icon Jimmy Greaves, who sadly passed away on Sunday morning, leaving behind a legacy as one of the most gifted goalscorers to grace the beautiful game and a great inspiration to so many.

His astonishing record of 357 goals in England’s top flight remains unmatched, with 266 goals in 379 games for his beloved Spurs. A member of Alf Ramsey’s 1966 World Cup-winning squad, the striker found the back of the net for the Three Lions for fun, having netted 44 goals in 57 games for his country.

After retiring at the age of 31, Greaves also went on to forge a successful career in TV, with his hit show alongside Ian St John, Saint and Greavsie, which ran for seven years.

A matter of hours before two of his former side’s Tottenham and Chelsea do battle in the Premier League, Greaves passed away having been unwell for a number of years following a major stroke in 2015.

Spurs’ top all-time scorer touched the lives of many, including Miller, who made over 200 appearances for the club himself, winning two FA Cups and a UEFA Cup over a 10-year spell in north London.

The former defender remembers the first time he met Greaves, who he says was not only a phenomenal player, but never made an enemy in his life.

‘It’s very poignant he died this morning when Chelsea are going to play Tottenham this afternoon – the clubs where he made his name and was a hero as well, the first teenager to score 100 goals. With Jim, amazing timing which he always had in life,’ Miller told Metro.co.uk.

‘I first met Jim as a teenager when I just got in the Spurs team, and he was in the insurance business, I think bought a policy off him! As a player, you speak to anyone, he’s the greatest goalscorer there’s ever been. You look at his goals to games record for England, Spurs, Chelsea and even Milan.

‘He was a nice man, Jim, I don’t think he had one enemy in life. Whoever you speak to, players from any generation who have met him, loved him. Nice man, proper man, always had time for everybody, very polite, very witty, a funny guy with a good sense of humour. For people who are superstars, it’s quite unusual.

‘He’s joined his great mates in the sky now, people like Alan Gilzean, Bobby Moore was his great mucker and drinking partner as well. It’s another one of the 1966 squad gone.

‘He was the first big transfer, prior to George Best he was the first superstar player, he had a car when no one had a car. Terry Venables when he was making his debut, Jim gave him a lift, everyone was getting around by busses and trains in 50s/60s, players as well.

‘As a player, second to none. There’s not been a better English goalscorer, ever.’