Raheem Sterling earned a bizarre penalty for Manchester City against Shakhtar Donetsk after he kicked the ground and fell over.

The referee Viktor Kassai was obstructed and believed the England international had been unceremoniously tripped up by Mykola Matvyenko.

Scroll down for video… 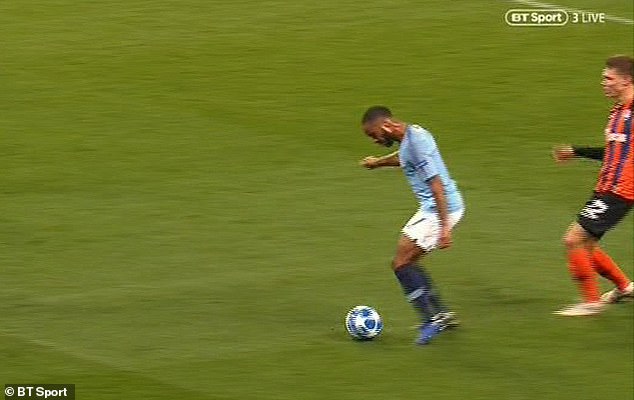 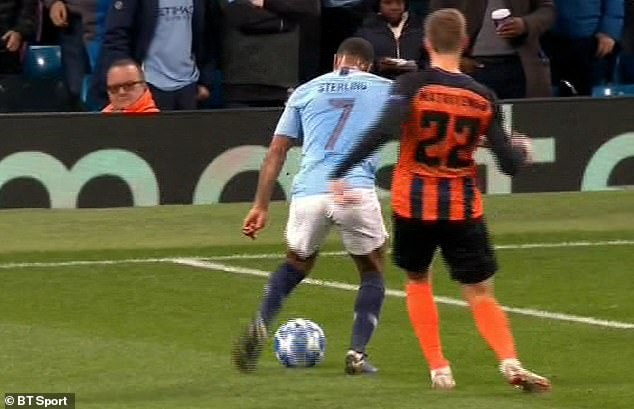 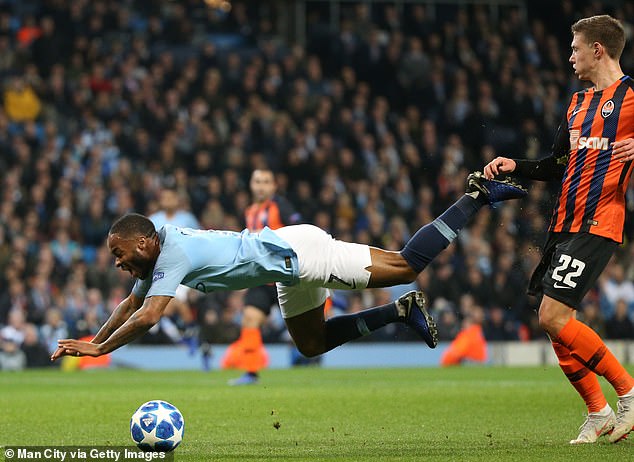 Sterling found himself with the goal at his mercy and Andriy Pyatov charging towards him.

The 23-year-old glanced up and then attempted a chip over the goalkeeper’s head. But his shooting leg dug into the turf well behind the ball and the winger toppled forward.

He got to his feet sheepishly and must have been as surprised as the Shakhtar players that the penalty was given.

Gabriel Jesus stuck the penalty away to give City a 2-0 lead after David Silva had tapped the hosts in front from two yards out. 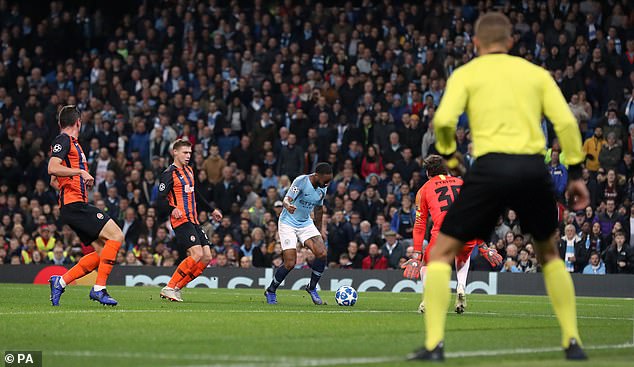 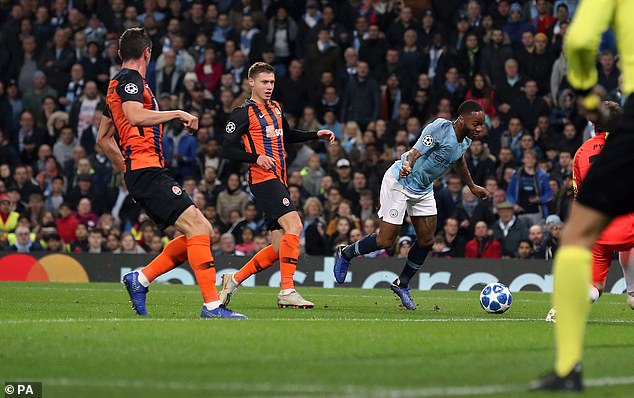 Pep Guardiola’s side were dominating the game at the Etihad before they were given a huge slice of luck, and the manager himself even appeared to tell the fourth official the wrong decision had been made.

Steve McManaman had his say on the incident in the BT Sport studio. He said: ‘It was a comical mistake, an awful mistake, whatever way you want to put it. I didn’t think it was a penalty, it looked as if he kicked the floor because the defender is nowhere near him.

‘I’ve got sympathy for the referee, as Robbie says in commentary his position would dictate he can’t have a full view of that. He has presumed that Sterling has been clipped. 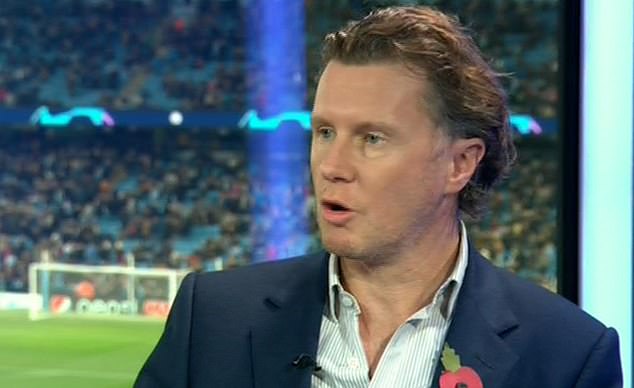 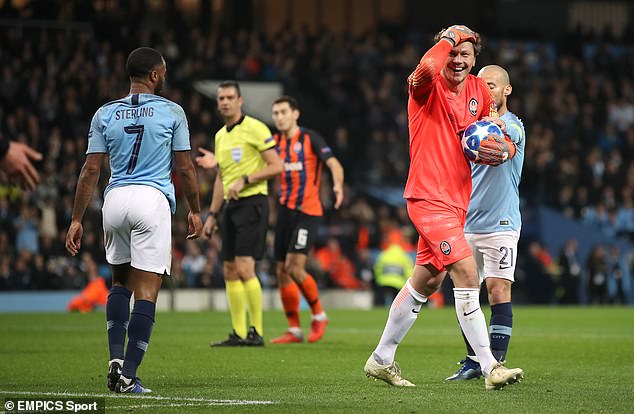 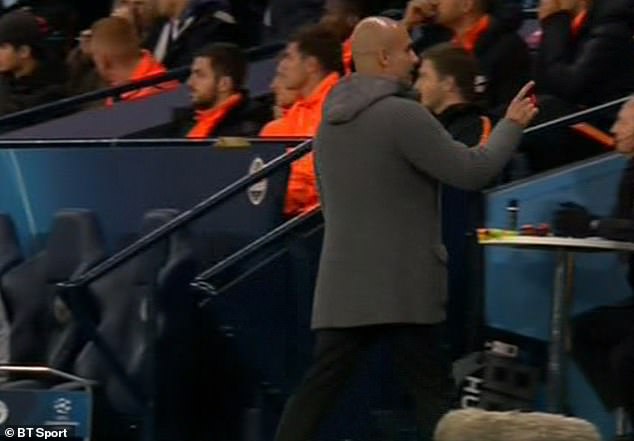 ‘I think the referee knew straight away. The reaction off everybody on the field suggests it wasn’t a penalty. No blame with Raheem Sterling, he kicks the floor and he falls over and it is not his fault it has been given a penalty.

‘I’ve got no problem with that (Sterling not telling the ref it wasn’t a pen). The referee has made the big mistake, it is not Sterling’s fault.

‘Raheem hasn’t appealed for a penalty either, the referee gives it and has given it quick. It is quite comical. You don’t want the game to be defined by that moment.’

Responding to City’s tweet claiming that Sterling had been ‘tripped’ to win the penalty, they said: ‘Tripped? Good joke, friends.’ 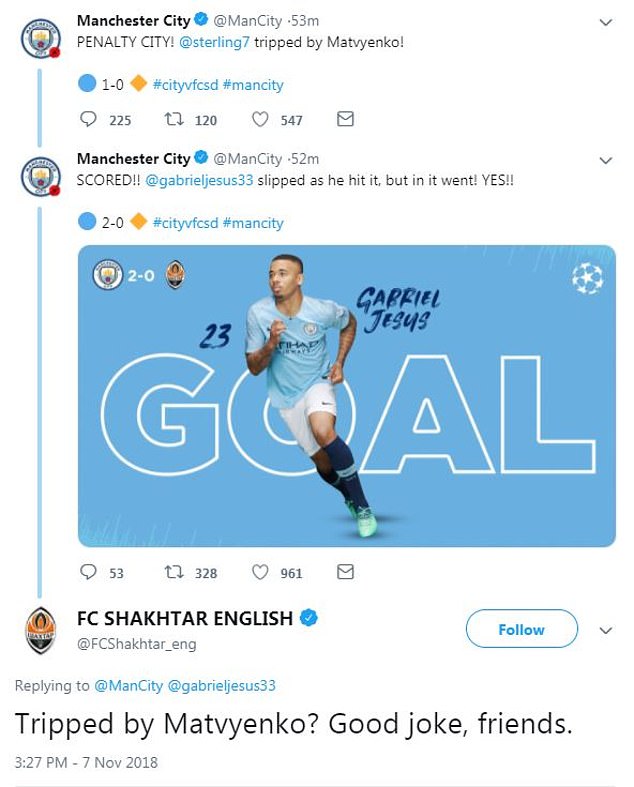