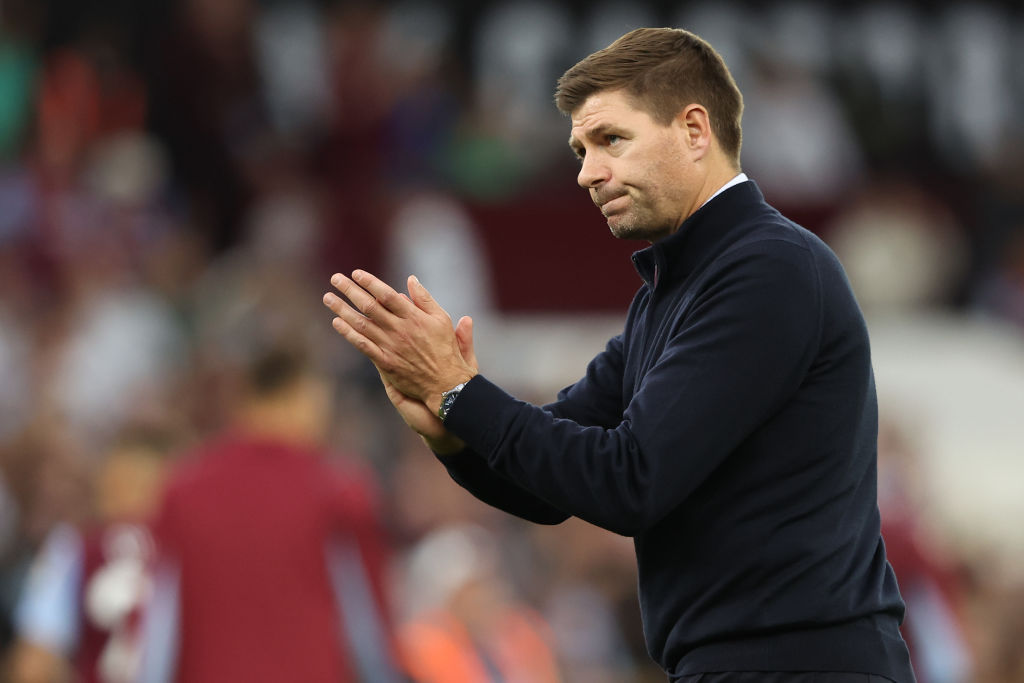 Steven Gerrard has bemoaned a mistake from the referee that cost Aston Villa a potential win over Manchester City on Saturday.

An out-of-form Villa side put up a brave resistance against a dominant City team that eventually broke the deadlock in the second-half thanks to the free-scoring Erling Haaland.

But to the shock of those inside Villa Park, the home side levelled proceedings through Leon Bailey in the closing stages of the match, before holding on to claim a much-needed point.

However, Gerrard’s team were aggrieved not to walk away with all three, after Philippe Coutinho scored a stunner from outside the box, but only after referee Simon Hooper had blown his whistle.

Hooper had stopped play as his linesman had flagged Coutinho offside in the build-up, however replays clearly showed that the attacking midfielder was in fact onside.

Because of the introduction of VAR, linesman are meant to delay flagging for offside in the eventuality that the play leads to a goal and they have made the incorrect call, but that procedure was not carried out in this instance.

And because the referee blew his whistle before Coutinho got his shot away, VAR could not check the goal and overturn the on-pitch officials.