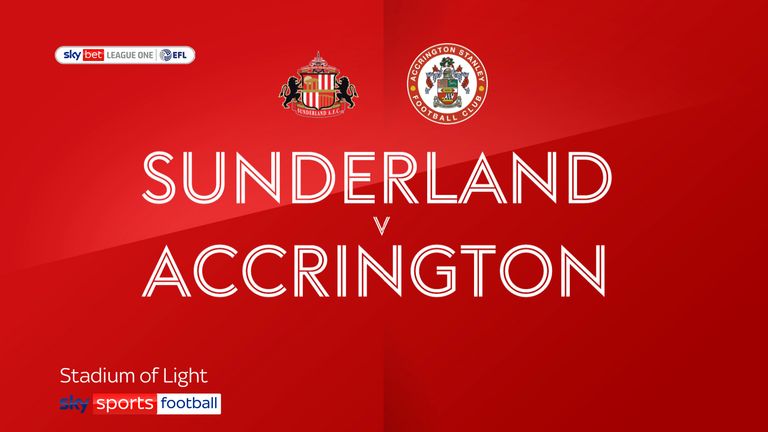 Sunderland’s Charlie Wyke took his season tally to 30 goals with a double before Accrington bounced back to claim a point in a 3-3 draw at the Stadium of Light.

The Black Cats are now nine points behind second-placed Peterborough with three matches remaining after their winless run was extended to six matches.

Sunderland were in command early on with Wyke’s brace but Accrington made a fight of it after the restart.

Colby Bishop pulled one back five minutes into the second half before Stanley, who sit six points off sixth place, were given a first equaliser when Luke O’Nien headed into his own net.

Sunderland went ahead in the sixth minute when Wyke rose highest in the area to direct Lynden Gooch’s cross back and beyond Accrington goalkeeper Toby Savin.

His 30th of the season in all competitions followed five minutes later when he moved ahead of his marker to turn Aiden McGeady’s fine run and cross inside the near post.

But Bishop applied the low finish after Dion Charles had rolled him in at the start of the second half to give the visitors hope.

Accrington levelled with 22 minutes left when O’Nien’s attempted header back to the goalkeeper missed Lee Burge and bounced in.

With five minutes remaining Jack Diamond put in Power and the captain looked to have sealed much-needed points for Sunderland.

But Accrington responded once more when McConville’s incredible free-kick made its way inside Burge’s near post.