Southampton are the second Premier League side to change ownership midway through this season but, unlike Newcastle, this new era was celebrated in silence.

No limitless transfer budget, no fans dressed in the native attire of their owners, certainly no statement of intent to win Premier League titles.

And no FA Cup humbling to lower-league opposition. In front of no fans and with 10 men for ninety minutes of action, including extra-time, a heavily-depleted Southampton ushered in the Dragan Solak era with an impressive win over second-tier Swansea. 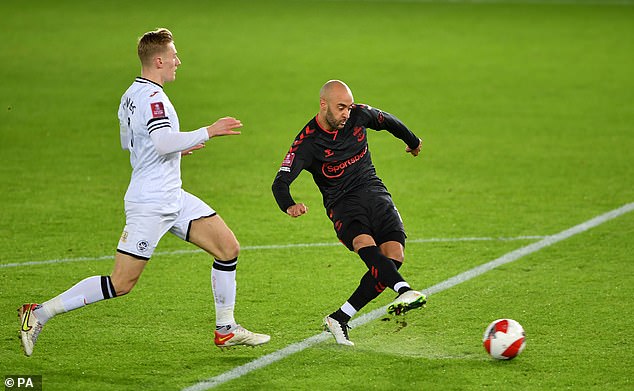 Welsh Covid restrictions mean fans are not allowed at events and this was an eerie throwback to the first wave of the pandemic, staggeringly almost two years on.

Indeed, as the two Southampton team buses pulled into the Liberty Stadium car park, they were greeted by a meagre five fans sporting red-and-white scarves and shirts.

Unless working at the match and armed with a negative Covid test, though, they were not getting in.

But in a muted stadium, the bellowing voice of Ralph Hasenhuttl was loud and clear in a topsy-turvy match.

There were cheers as his side went ahead early on, furious yells as they went down to 10 men, frustrated groans as Swansea equalised and then went ahead, and finally delirium as Saints came back and won the tie in extra time.

Hasenhuttl always takes this competition seriously, though last year’s semi-finalists were forced into many changes here. Of their most-used XI this season, five were missing through Covid, injury or suspension, including the goalkeeper, three of the back four and forward. 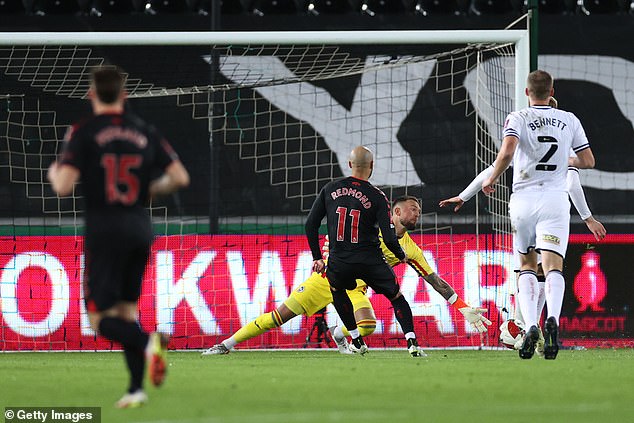 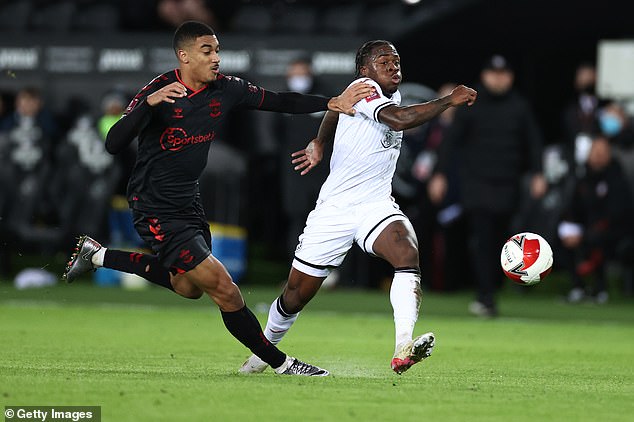 So it was left for those on the periphery to step up and Nathan Redmond took the first turn to do so, scoring in the eighth minute after Nathan Tella had won the ball and slotted through a pass.

Another lesser-seen name is Yan Valery, stepping in for the imperious but injured Tino Livramento at right-back. He was sent off after 30 minutes for a second yellow card, culminating in a silly pull of former Saints man Michael Obafemi’s shirt.

‘Why did you pull him over, Valery?’ joked a fan on social media, to the tune of the classic tune Valerie. Hasenhuttl wouldn’t have seen the funny side, though. It changed the game profusely.

Swansea dominated in the second half and finally equalised on 77 minutes through Joel Piroe’s 13th goal of the season to take the game into an extra-time goal-fest. 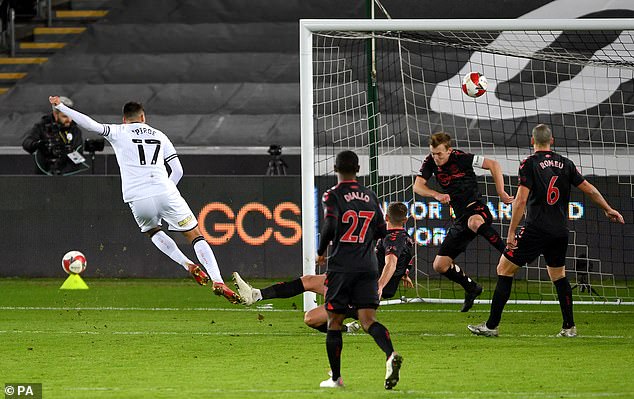 Russell Martin’s side led for 61 seconds, as Jan Bednarek diverted in Olivier Ntcham’s shot, before his former Celtic team-mate Mohamed Elyounoussi equalised at the other end.

Chances were by now aplenty, Swansea’s tired legs on their first outing in a month against the 10 men of Southampton.

But the FA Cup throws up some unlikely storylines and the final chapter of this was Shane Long, no Southampton goal since February 2020, popping up to score the deciding strike. 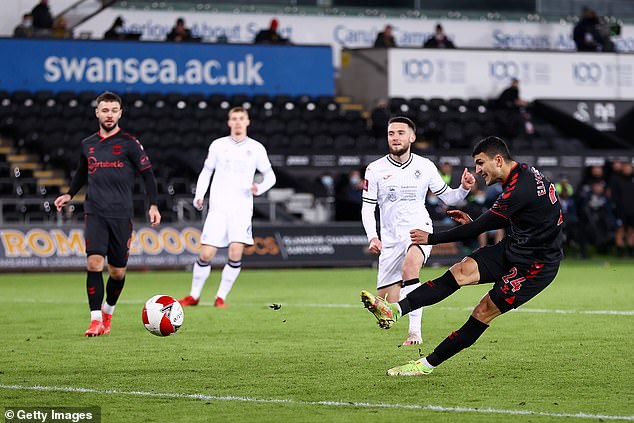 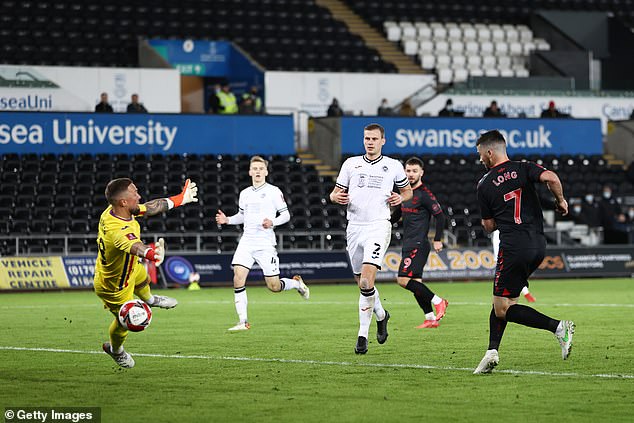