‘Stay away from my Jadon’: Tammy Abraham jokingly urges Marcus Rashford to leave Sancho alone after wishing him happy birthday as Manchester United and Chelsea vie for England international’s signature

Marcus Rashford was amusingly urged by Tammy Abraham to not get too close to Jadon Sancho as the race for his signature hots up.

Borussia Dortmund star Sancho, who is a man in demand at the moment, was celebrating turning 20 on Wednesday and received plenty of birthday greetings from close friends and team-mates.

One player to send his best wishes was Manchester United star Rashford, who wrote on Instagram: ‘Happy birthday bro!! Enjoy your day, stay indoors,’ alongside a picture of the pair training together for England. 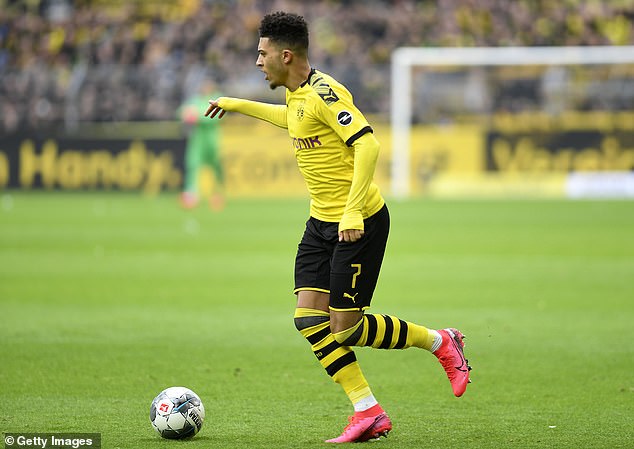 Jadon Sancho is a man in demand, with both Man United and Chelsea vying for his services 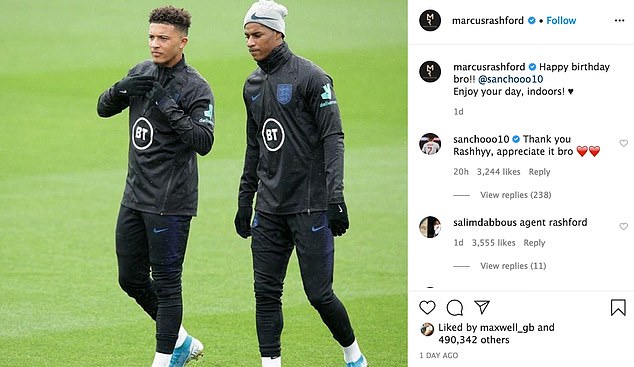 Sancho replied saying: ‘Thank you Rashhyy, appreciate it bro’, but Chelsea striker Abraham intervened by jokingly writing on Instagram: ‘Stay away from my Jadon,’ alongside a laughing emoji.

Abraham’s comment was later deleted but it immediately fuelled speculation as to whether Chelsea and United were becoming embroiled in a tug-of-war for Sancho’s services.

Sancho continues to be heavily linked with a return to the Premier League this summer after shining for Dortmund yet again this season. 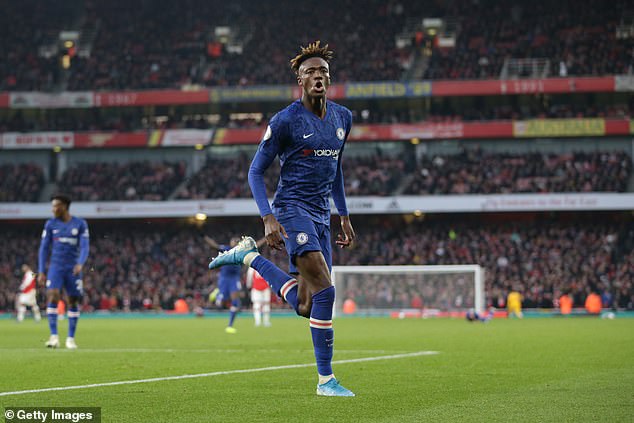 The England winger had scored 14 goals and made 15 assists for Dortmund in the Bundesliga before the season got suspended because of the coronavirus outbreak.

It was reported on Wednesday that United are confident of winning the race to sign the 20-year-old during the summer transfer window.

The Mirror claimed that Ole Gunnar Solskjaer’s side are frontrunners and are willing to part with a staggering £120million to secure the talented Englishman. 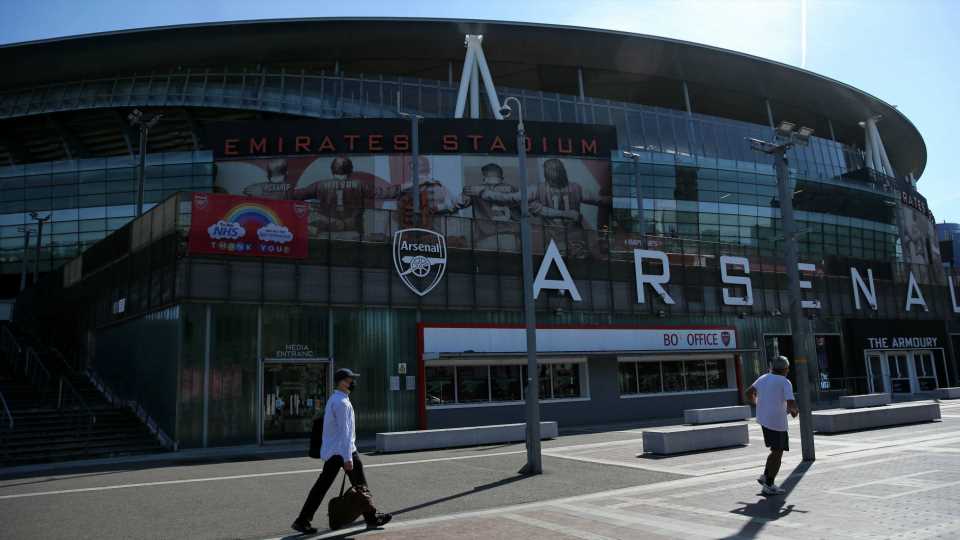 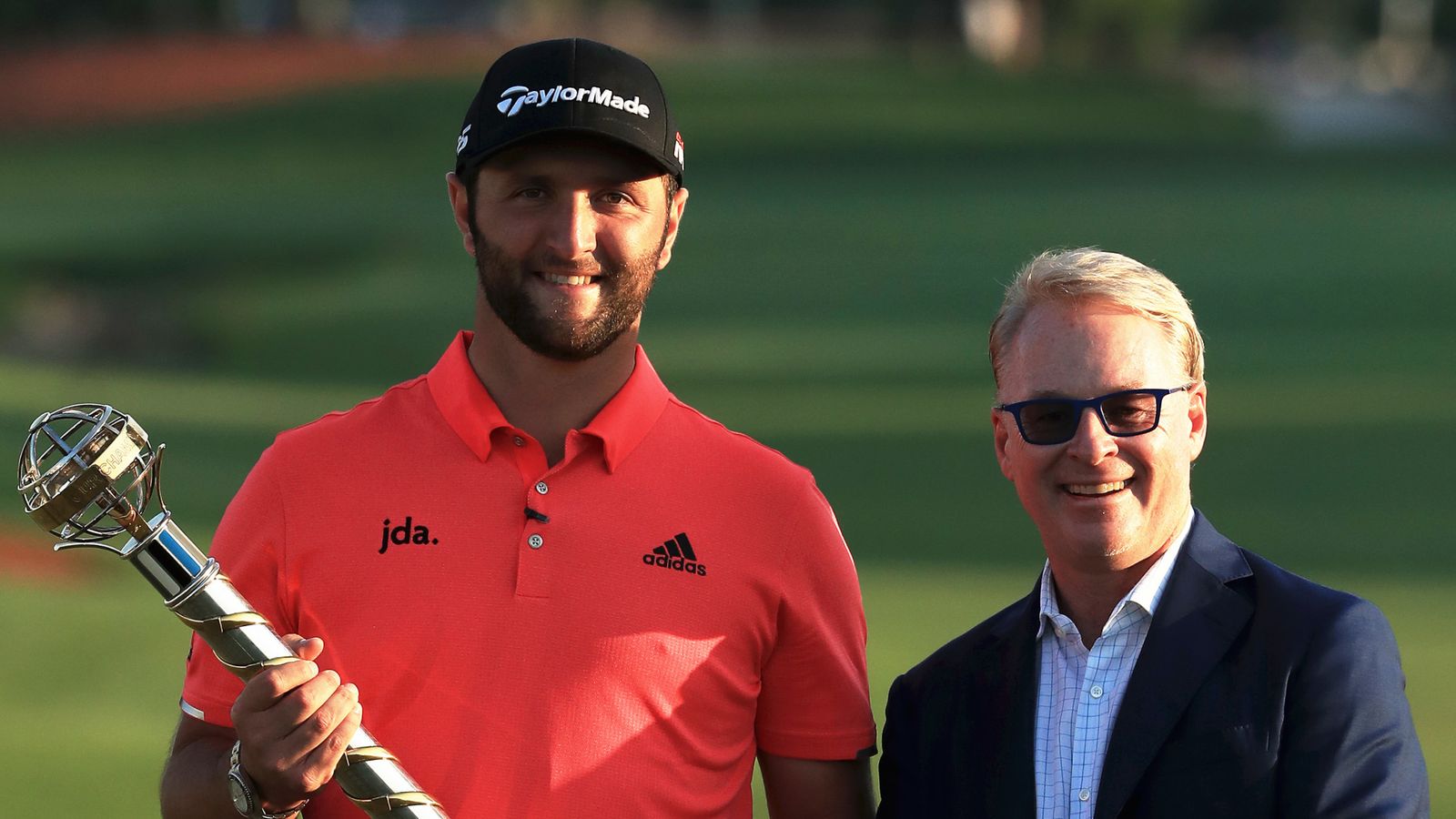