Erik ten Hag reportedly intervened to rescue a late deal for Antony after Manchester United chiefs were eager to walk away from negotiations with Ajax. Amid the Eredivisie champions’ reluctance to strike an agreement, the Red Devils recruitment team were understood to be eager to explore alternative deals for the likes of Christian Pulisic, Marcus Thuram and Cody Gakpo – only for Ten Hag to convince them otherwise.

United finally confirmed the signing of Antony in an £86million deal on deadline day having been locked in talks with Ajax for some time. Having already rebuffed a number of offers from United, the Dutch side then rejected an improved £78m proposal from the 20-time English champions as they continued to dig their heels in over the 22-year-old.

Despite Antony himself having made clear his desire to head to Old Trafford, Ajax appeared determined to retain the winger’s services and dissuade United from continuing to pursue a deal. And it has now emerged that they came mightily close to achieve that aim.

According to ESPN, after United saw their improved £78m offer turned down, the club’s recruitment chiefs were keen to walk away from negotiations. However, Ten Hag is thought to have stepped in to persuade them otherwise.

JUST IN: Man Utd ‘didn’t tell James Garner he was on sale’ before Everton move 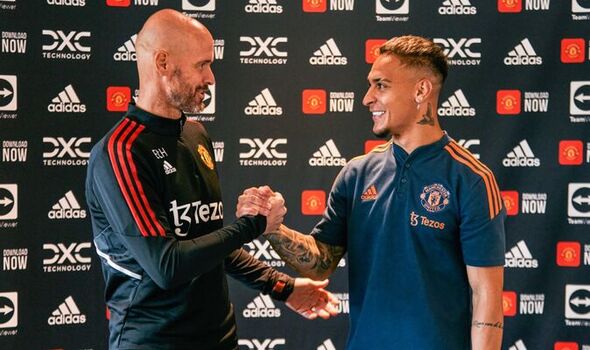 The Dutchman is said to have implored United’s chiefs to return to the negotiating table to conclude a deal for Antony as he believed the Brazilian star was the best for his Red Devils side. The club’s board were understood to have earmarked Chelsea’s Pulisic, Borussia Monchengladbach’s Thuram and PSV Eindhoven’s Gakpo as potential alternatives and are said to have internally discussed moves for the trio.

Ten Hag’s intervention proved critical however, as United did indeed strike an agreement for an initial fee in the region of a reported £82.2m, plus an additional £4.3m in potential add-ons. The winger has subsequently become United’s second most expensive signing of all-time behind Paul Pogba, who warranted a fee of around £89.3m when re-signing from Juventus back in 2016. 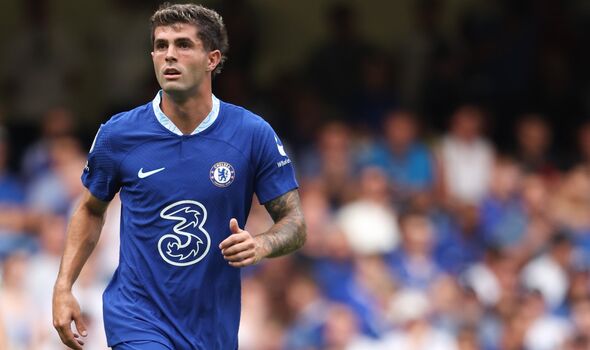 After completing his deadline day move to United, Antony waxed-lyrical about Ten Hag, his former manager at Ajax. He told United’s club website: “Erik ten Hag is an excellent coach. I’ve got tremendous respect and affection for him. From the moment I arrived at Ajax he treated me so well and put his faith in me. It’s not by chance I had such a great run of form under him for two years.

“We developed this mutual trust and closeness. He’s a manager I have respect and affection for – when I found out he was moving here, I wished him all the best and all the success he deserves. Now I’m alongside him again, I hope to make history, develop and grow further under his management.”