Poland are dependent on Robert Lewandowski. That hardly comes as a surprise, since the 33-year-old striker is considered to be the best player in the world by many, having won the best Fifa men’s player award in December 2020.

As Gareth Southgate’s team prepares for a qualifier in Warsaw on Wednesday, Lewandowski should be at the centre of their attention. With 72 goals in 124 games, he is Poland’s all-time top goalscorer.

“We want to compete against the best but now we don’t have the same level as England. If they lose a player, they have two or three of the same level. Here it’s just Robert,” Poland’s coach Paulo Sousa said.

Poland’s reliance on Lewandowski’s quality could be visible in the World Cup qualifying game against Albania last week. He scored the first goal by a header after a set-piece and assisted Grzegorz Krychowiak for the third goal. He started the move in his own half, ran with the ball into the opponent’s box and passed to Krychowiak in front of a half-empty goal.

“For Poland, it is difficult to replace him. In the squad there is not another player of his level, who could give the team as much as he gives,” Radoslaw Majewski, a former Polish international with nine caps, tells The Independent. Lewandowski is not only the source of goals for Poland; at the same time, he is the country’s poster boy and team’s captain. In his home country, a lot is expected of him, especially given his form at Bayern Munich.

Lewandowski might be the best centre-forward of his generation, having recently broken Gerd Muller’s record for most goals in the Bundesliga season with 41. In 2020-21, he became the top goalscorer in three competitions: Champions League, Bundesliga and German Cup. He was the leading candidate for the Ballon d’Or win, however, before the pandemic put paid to the award being handed out at all.

Fifteen years ago, no one thought Lewandowski would be the best player in the world.

After his knee injury, Legia Warsaw let him go without playing a league game for the club. Lewandowski – grieving after a death of his father Krzysztof – joined third-tier side Znicz Pruszkow, who paid only £1,000 for him. It was surely the best transfer in the club’s history.

At Pruszkow, Lewandowski met Majewski for the first time. “When he joined us, he wasn’t even our first-choice striker,” he remembers. “He was after injury, so it was normal. He also had a weak body, he didn’t train in the gym as much as today. However, he has a good mentality. He wanted to prove to Legia they were wrong to let him go. Then, he came on from the bench and started scoring goals. He had that feeling in him, he was able to find the right position to shoot. Sometimes he needed a few chances, but in the end he always scored one or two goals.”

Lewandowski helped Pruszkow to promotion to the second tier and then the team narrowly missed out on another promotion to Ekstraklasa (the Polish top flight). Having earned only around £230 per month at the start, Lewandowski quickly became Pruszkow’s star.

“He listened to older players and enjoyed every training session,” Majewski says. “He was easy to talk to and very friendly. He didn’t have many friends there, because he lived in Warsaw, maybe 15-20 km from Pruszkow. Players living in Pruszkow would go for a lunch or coffee together, but Lewandowski was among three or four who travelled together from Warsaw and shared petrol costs. For example, Robert took his car and drove, and on the next day it was another player’s turn.” 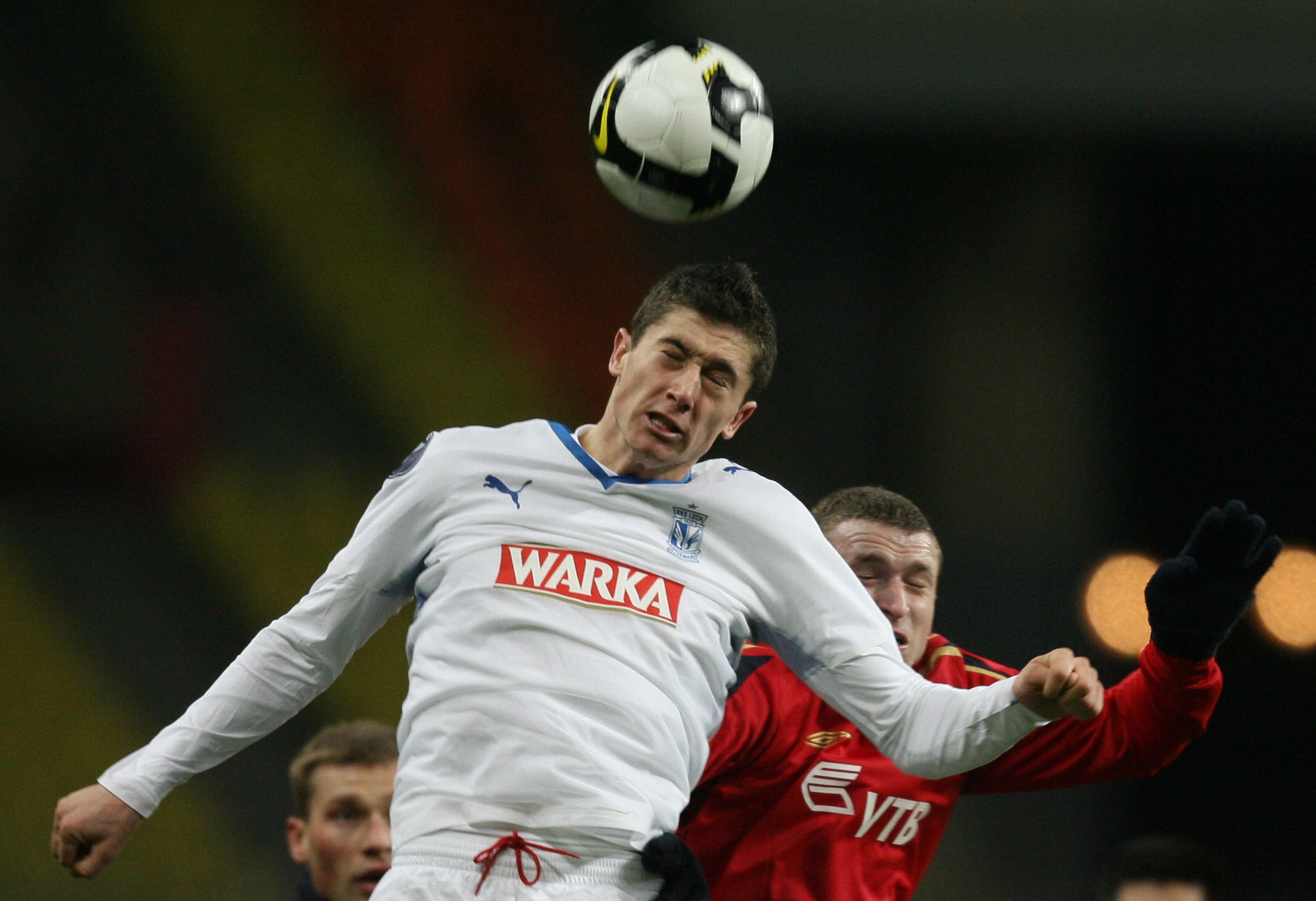 Ekstraklasa clubs became quickly interested in Lewandowski. In the end, Lech Poznan – Legia’s rival – won the race for his signing. Legia passed on Lewandowski for the second time, as they preferred to buy Mikel Arruabarrena from CD Tenerife. Arruabarrena never scored a goal in a Legia shirt.

However, Lewandowski had to fight hard to get his chance at Poznan, too. Lech’s then-captain and Polish international Bartosz Bosacki remembers for The Independent: “It was hard for him, he came from the second division, where he was the best striker. However, in Lech, we had Hernan Rengifo, a good and effective striker from Peru.” Lech’s coach Franciszek Smuda decided to play Lewandowski as a left or right midfielder.

In 2009-10 season, Lewandowski was finally used at the No 9 position and his 18 goals helped Lech to the league title. “Maybe I wouldn’t say he was a special talent, but certainly a talent. When he transferred after two years in Lech, I was sure he would go far. But I think that nobody in Lech and Poland back then thought Robert would be that good, in such as position that he is in today,” Bosacki adds. “I think everything changed in Borussia Dortmund. Today, we can see it was a good move (from Poznan to Dortmund) for him.“

Under Jurgen Klopp, Lewandowski also played out of position for a while, as Lucas Barrios was preferred up front. When he was finally shifted to the centre forward role, he became the team’s star, scored four against Real Madrid in the Champions League semi-final in 2012-13 and moved to Bayern Munich in 2014. 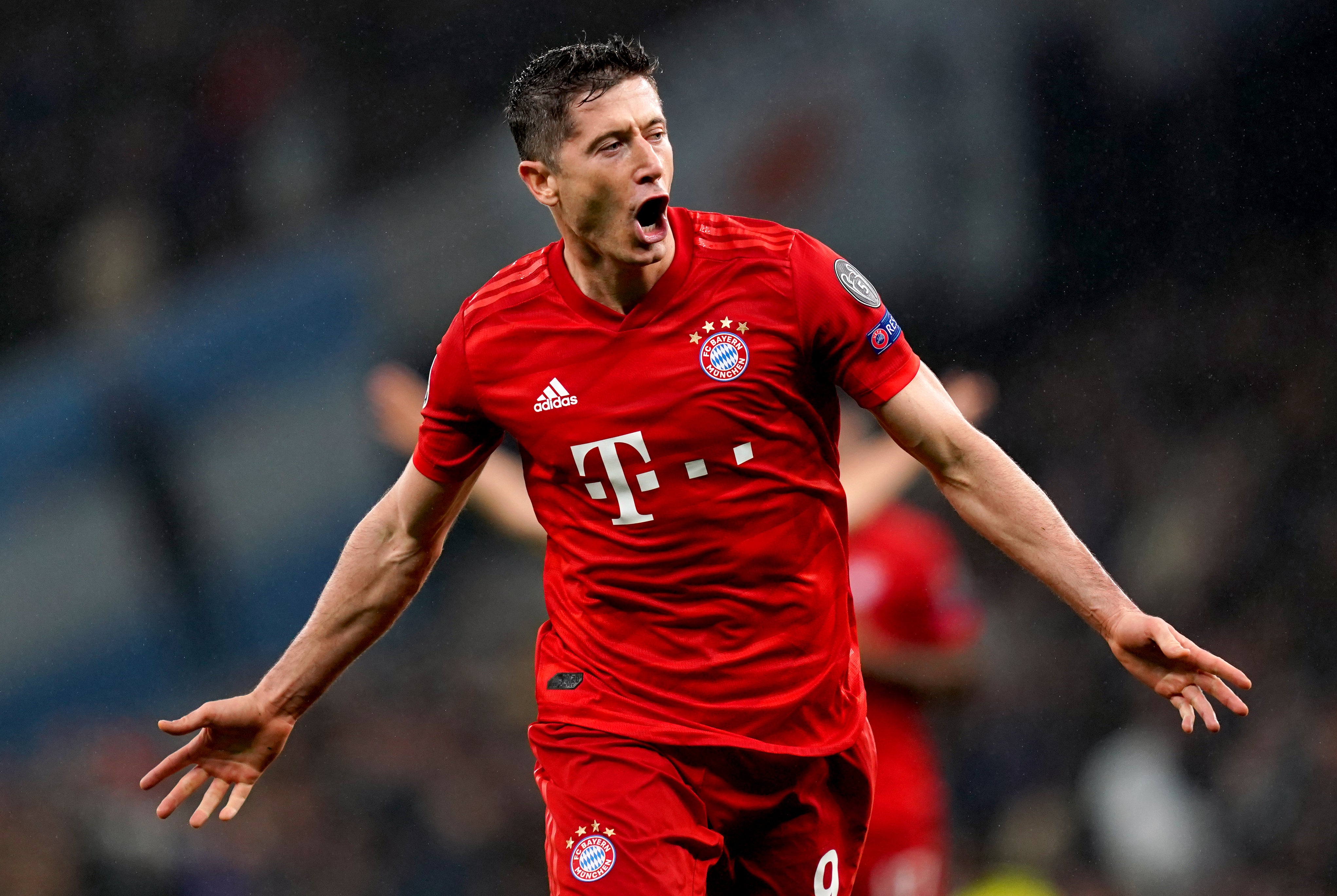 Robert Lewandowski has been prolific at Bayern Munich

From Legia reject, Lewandowski became the nation’s darling and national team’s key player. He was given his international debut in 2008 under Dutch coach Leo van Beenhakker and never looked back. “When he came to the national team, coach Beenhakker and his assistant knew he was prepared,” Bosacki says. “It’s normal for a young player to come into the national team and to be a little bit shy. ‘Lewa’ was like that during breakfast, dinner and team meeting. However, when he started playing, it was like an experienced player. You would not say he was that young.“

Majewski, who went on to play for Nottingham Forest and Huddersfield Town, met Lewandowski again while playing together for the national team. “The last time we were there (2013), we played pool. Whoever loses is doing push-ups, we said. He wasn’t acting like a star, he was like whoever loses, would be doing push-ups. Maybe the media treat him like he is something above the others, but while he is with other players, he is really just a normal guy,” he insists.

Lewandowski seemed a natural choice when he became Poland’s captain during the 2014 World Cup qualifying. “He is a star playing in the Champions League and a big authority for many young players in the national team. Many older players respect him as well, as (Grzegorz) Krychowiak, (Wojciech) Szczesny, or in the past (Jakub) Blaszczykowski and (Lukasz) Piszczek who played with him in Dortmund. These players accepted Robert is a captain and that is good for the national team,” Bosacki explains.

Lewandowski’s leading role came at a cost, though. He was expected to replicate his club form when playing for the country. Poland’s tactics have always been centred on maximising Lewandowski’s goalscoring potential, but he couldn’t always rely on the support of others around him. That was among the main reasons why Poland crashed out of the group stage at the Euros in 2012 and 2020 and also the 2018 World Cup.

As Paulo Sousa was appointed as Poland’s head coach in January, less than half a year before Euro 2020, he decided to play a more adventurous style than his predecessor Jerzy Brzeczek. This summer, Poland only earned one point and finished last in their group. Lewandowski had to play without two reliable attacking partners – Arkadiusz Milik and Krzysztof Piatek – with his goal against Spain and brace versus Sweden not enough to fire Poland further in the tournament. 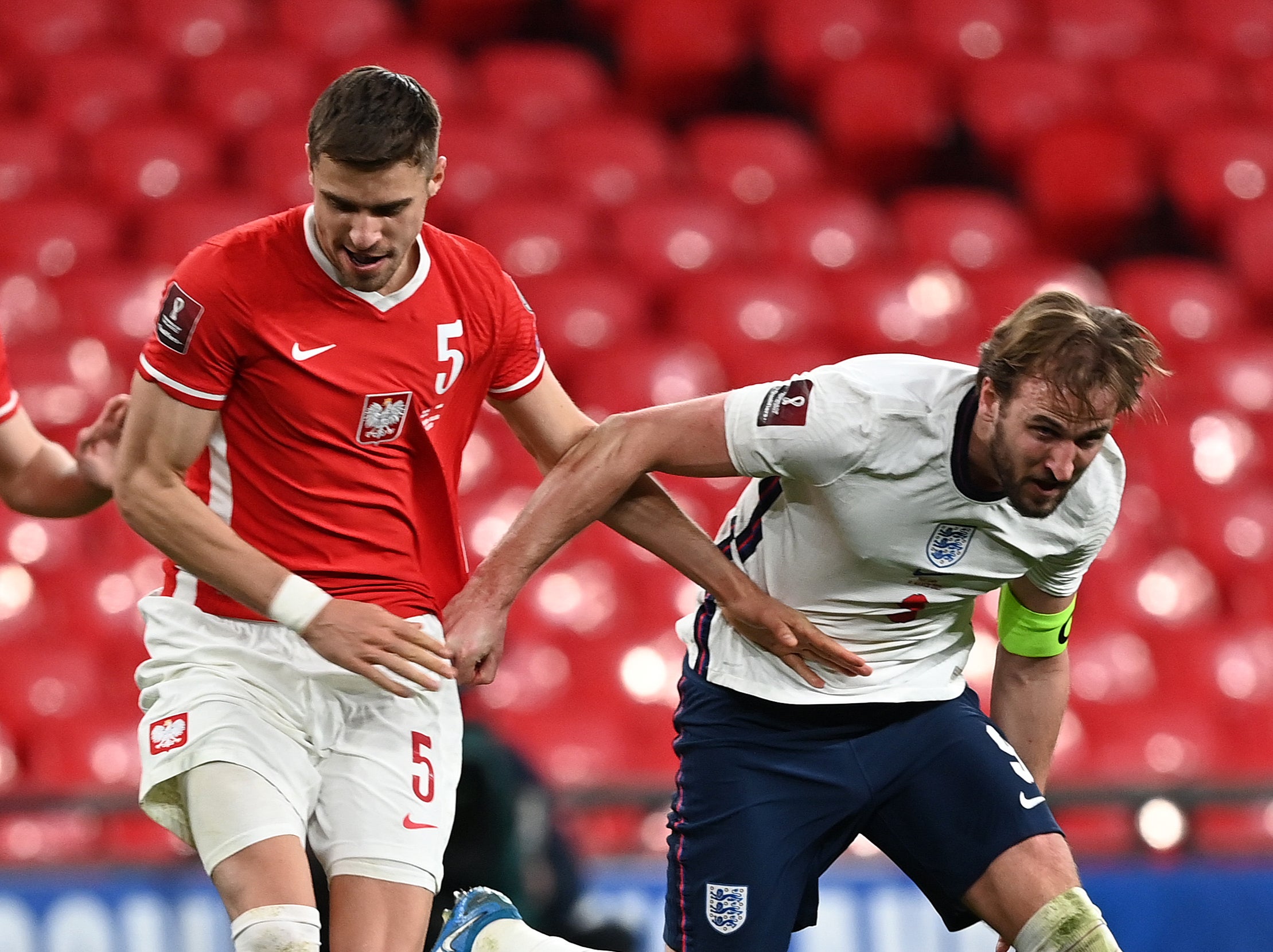 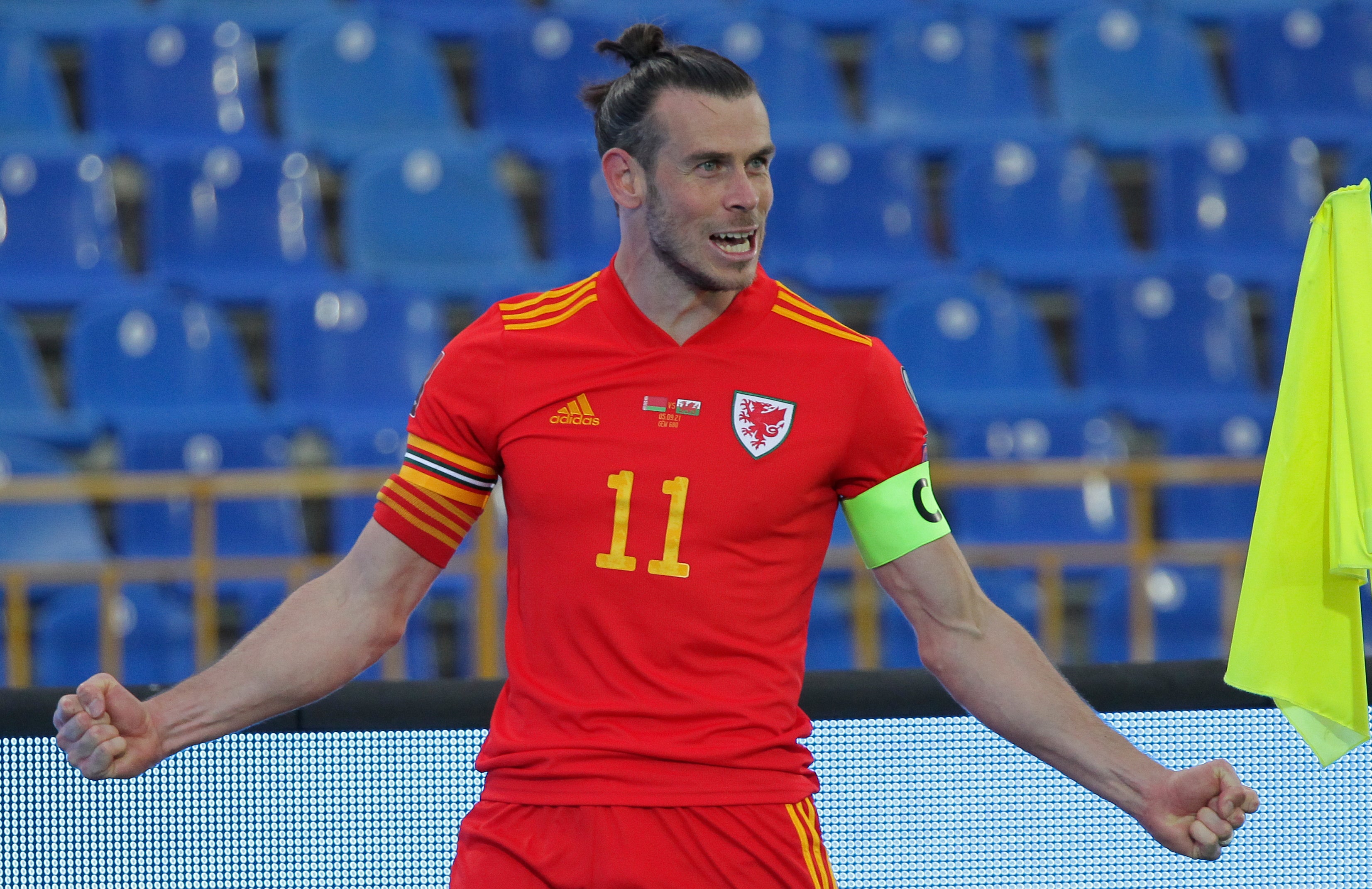 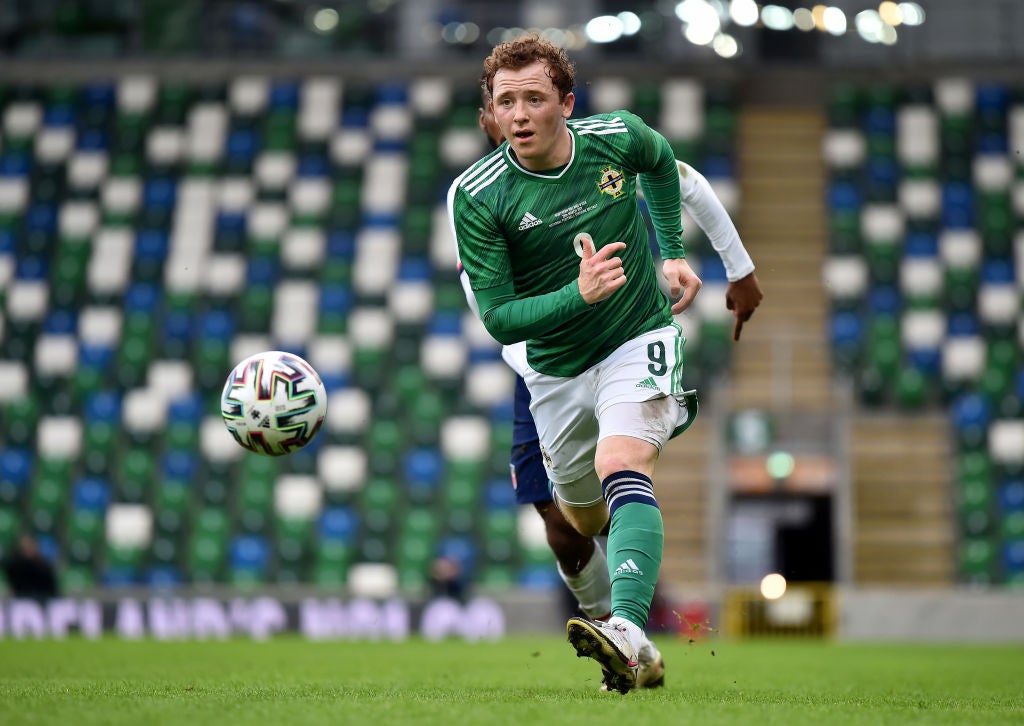 An early exit was another disappointment after a disastrous World Cup, and Lewandowski’s goals will be vital in restoring fans’ relationship with the national team. The love for Lewandowski as an individual is undisputed, though. He went from playing in the third division to being the national treasure scoring at will, described by many as the best player in the country’s history.

“We talk sometimes,” Majewski adds. “When I meet him, I always ask him something like: ‘Where you playing? I haven’t heard about you for two months’. This is my typical sense of humour.” Fifteen years after struggling in the third tier, everybody has heard about Lewandowski.