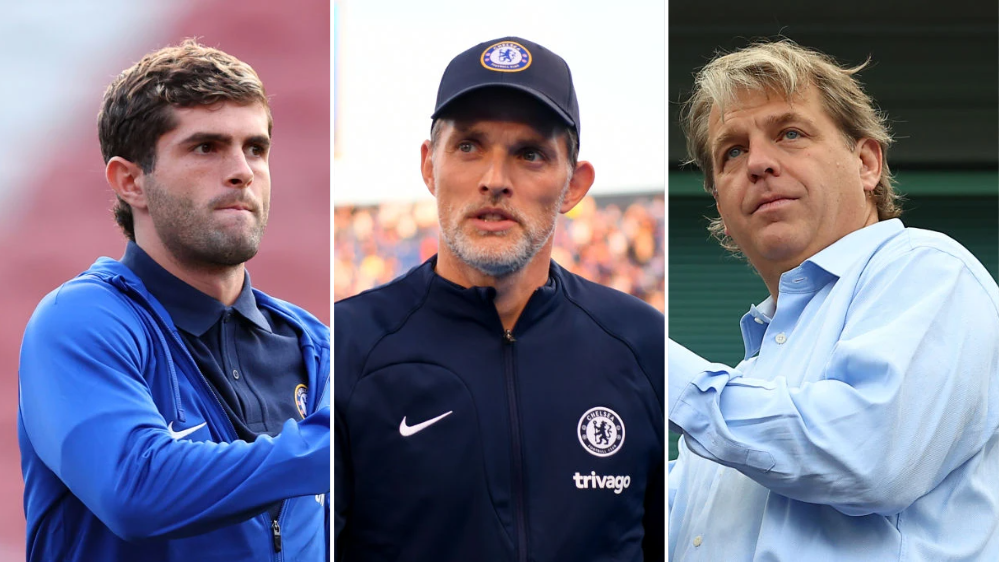 Thomas Tuchel has been sacked by Chelsea just weeks into the new season.

In just 20 months and 100 games, the German certainly made his mark, winning the Champions League and Club World Cup, but a recent dip in form, plus reported fallouts with players and the ownership has prompted his shock dismissal.

As is the case whenever there is a change of management, certain members of the squad will benefit but others will struggle as tactics, training and transfer policy are flipped on their head.

With that in mind, Metro Sport takes a look at the biggest winners and losers of Chelsea sacking Tuchel…

Perhaps Tuchel’s biggest weakness at Chelsea was his inability to get the best out of Chelsea’s many talented forward options.

Hakim Ziyech and Christian Pulisic have been the most notable strugglers making just a combined 21 goal contributions across 81 Premier League appearances.

Kai Havertz has also failed to hit the lofty heights that were expected of him, save for a few special moments, but perhaps under a new manager the trio can recapture the magic.

And should the new manager suit his style-of-play, record-signing Romelu Lukaku could (finally) make a triumphant return at the end of his loan at Inter Milan.

Tuchel almost exclusively lined Chelsea up in a 3-4-3 formation, which not only got the best out of attacking full-backs like Ben Chilwell and Reece James, but also prolonged the careers of the older centre-backs, namely 37-year-old Thiago Silva and 33-year-old captain Cesar Azpilicueta.

However, should the new management opt to revert to a back-four, the pair’s lack of pace will be exploited, as will summer signing Kalidou Koulibaly who is 31.

The addition of 21-year-old Wesley Fofana has eased this blow somewhat but nevertheless any transition will take time.

Given that he only started two games under Tuchel, it’s impossible to say if Conor Gallagher would have succeeded under the German, but the early signs weren’t good.

A terrible performance in the 3-0 loss at Leeds followed by a red card against Leicester had many questioning the 22-year-old’s ability, despite a fantastic loan spell at Crystal Palace last season.

However, Gallagher has been playing out of position as a defensive midfielder in a double pivot, rather than the No.8 role he thrived in at Selhurst Park.

A new manager and a new formation could suit the England international perfectly, especially with the World Cup just around the corner.

‘I’m really happy to play to play for him again,’ Pierre-Emerick Aubameyang said upon signing for Chelsea and reuniting with Tuchel, his former Dortmund boss.

That reunion would last just 59 minutes, as the former Arsenal and Barcelona striker struggled on his Blues debut against Dinamo Zagreb on Tuesday night.

Aubameyang had scored 79 goals in just two seasons under Tuchel in Germany and his move to Chelsea was largely based upon that special relationship.

What lies ahead for the 33-year-old is unclear, but one thing is for certain – Arsenal fans are loving it.

In the summer, Chelsea splashed £62million on Brighton defender Marc Cucurella, and he’ll be hoping to still be in Graham Potter’s good books.

That’s because Seagulls boss Potter is currently in talks with Todd Boehly to take the reins at Stamford Bridge.

With stiff competition from Chilwell for the left-back spot, if Potter arrives it can only bode well for the Spaniard.

He may not be a Chelsea player, but Todd Boehly has not emerged well from this debacle at all.

Having taken over the club from Roman Abramovich, the American promised to run the Blues differently and ditch the cut-throat, revolving door-style policy when it came to managers.

That lasted less than 100 days despite backing Tuchel with over £253m worth of summer signings.

Boehly seems determined to completely restructure the backroom staff at the Bridge, with the likes of Club Director Marina Granovskaia and Technical Director Petr Cech getting the boot early into his reign.

Time will tell if this is all genius or lunacy, but it certainly has not pleased the fans and has given his critics even more ammunition.