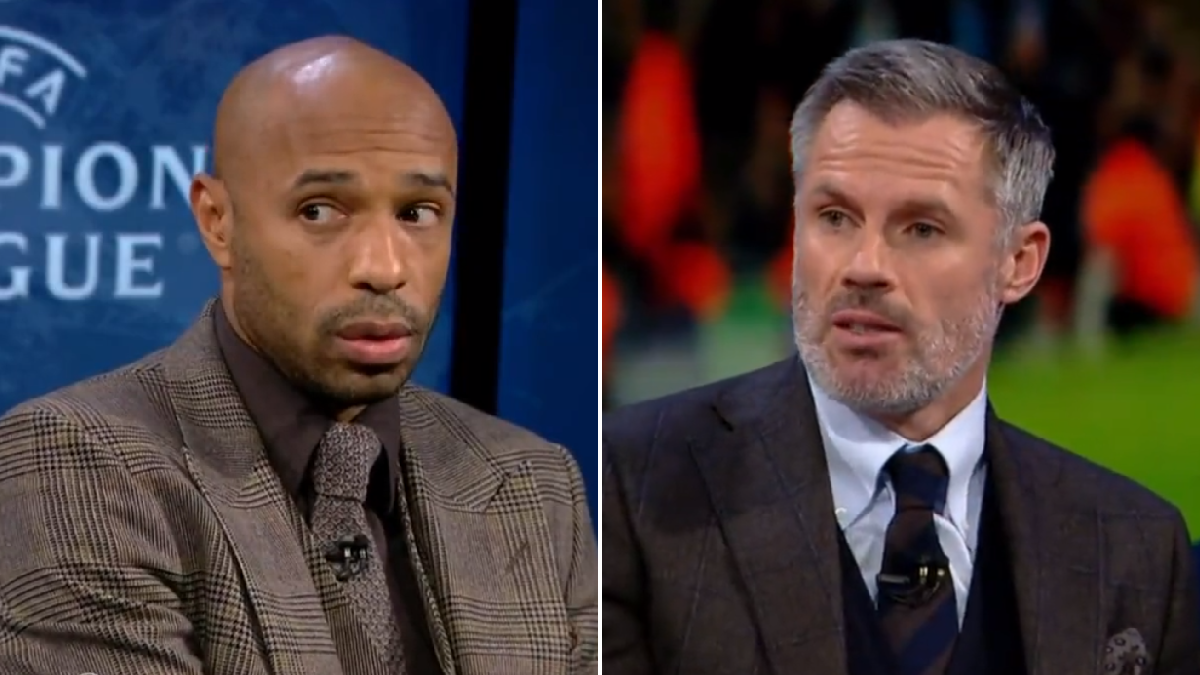 Thierry Henry and Jamie Carragher have both criticised Cristiano Ronaldo for his lack of defensive contribution and feel he is a ‘massive problem’ for the next Manchester United manager.

The 36-year-old netted again in his side’s 2-0 win over Villarreal on Tuesday, taking his tally in the Champions League this season to six, while he has also bagged four goals and two assists in the Premier League in what has been a largely productive return to Old Trafford.

However, both Carragher and Henry feel his individual stats are obscuring his detrimental impact on the team as a whole and United need more work rate and pressing from their frontman.

‘How can a club the size of Manchester United still rely on a guy who’s [nearly] 37? He was unbelievable, his goal record is unbelievable, but if he doesn’t score he is a passenger in the game,’ Carragher told CBS Sports.

‘You have to accept that, that’s a fact. But he scores nearly every game so at the moment you can accept it.

Chiming in, Henry added: ‘I totally agree, but the problem is when your poison is your medicine you will struggle.

‘You watch the game [against Villarreal], at the end Ronaldo saves them, but when they play they are exposed sometimes because they don’t defend as a unit. And we all know if you don’t do that you cannot win games.