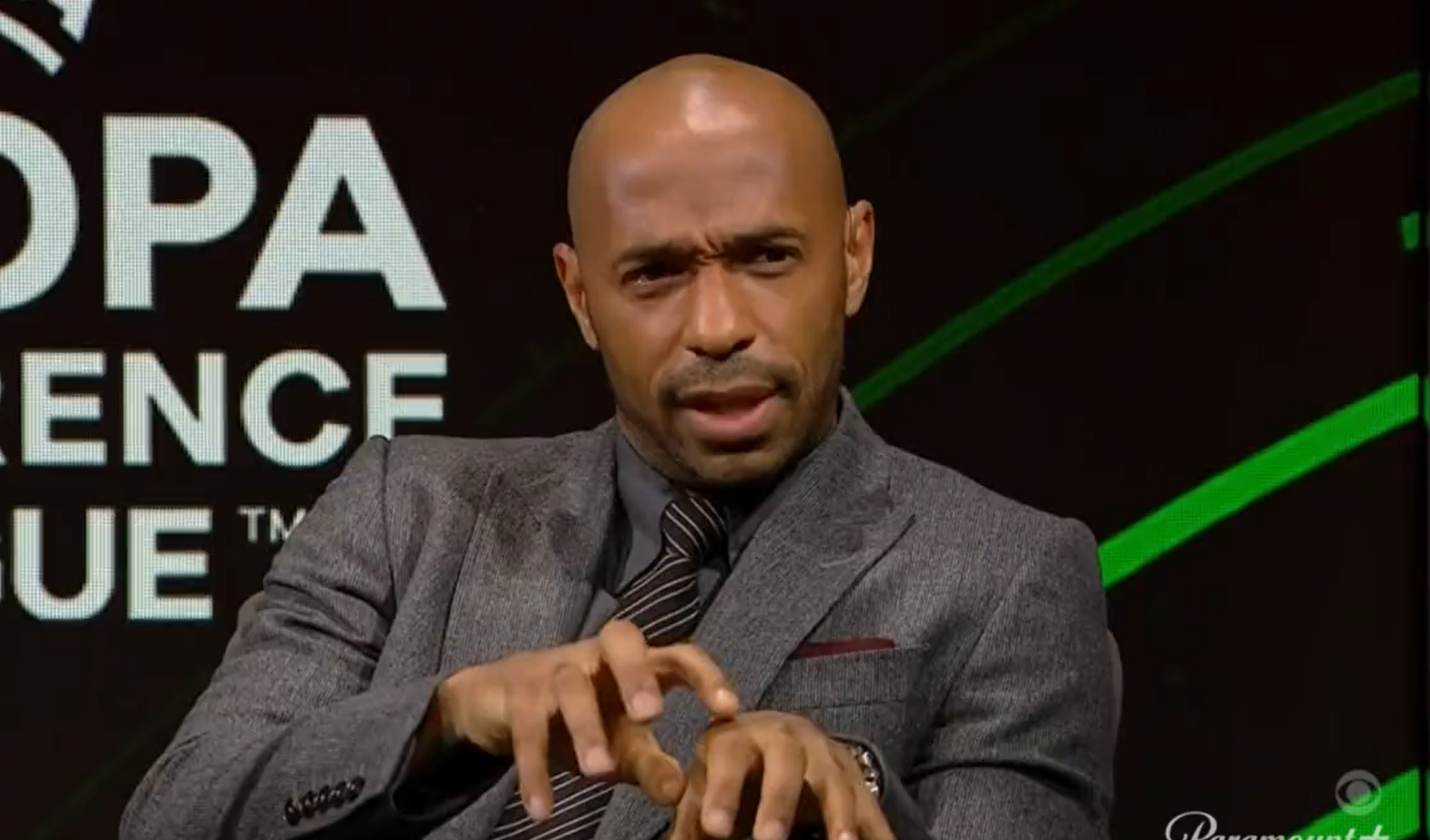 Thierry Henry says Arsenal’s young guns have got him believing again but admits he ‘worries’ the squad will be exposed as they begin fighting on two fronts.

The Gunners have won five of their six Premier League matches this season to emerge as the early pacesetters at the top of the table.

Mikel Arteta’s side brushed aside Crystal Palace, Leicester City, Bournemouth, Fulham and Aston Villa before their perfect start to the campaign was ended with a 3-1 defeat at Manchester United.

Arsenal legend Henry believes there has been real progress at the Emirates, with £50m summer signing Gabriel Jesus bringing a winning mentality to the squad.

The legendary goalscorer says he has not been so optimistic about his former club for a ‘very long time’ but is still concerned Arsenal’s season could be derailed by their Europa League campaign.

Competing in the tournament while maintaining a domestic push has not proved to be an easy task for other English team and Henry fears Arsenal could come unstuck as the season goes on.

‘I can see a team there, a togetherness, and I like that,’ Henry told CBS Sports when asked about his beloved Gunners.

‘Look, the team is different but you’ve got the likes of Gabriel Jesus, William Saliba, Martin Odegaard, Bukayo Saka…

‘The thing with Jesus is he knows how to win, he has won. He’s bringing that into the team and you can see it.

‘I believe in them. I haven’t believed like this for a very long time, believed that we could do something.

‘But I worry about the Europa League because of the depth of the team. I think the starting XI is good enough but this is a long season so it might be a bit much for them.’

Pressed on the toll the Europa League could take on Arsenal’s campaign, Premier League legend Henry added: ‘I’m worried… I’m worried about that.

‘As a coach you think about how you’re going to cope with this season and then there’s a World Cup as well.

‘Do you do another pre-season after that? What do you do with the players who don’t go? How will the players come back physically and mentally?

‘It’s going to be a tough one for sure.’

Arsenal begin their Europa League campaign on Thursday night with a trip to Switzerland to face Zurich. Norwegian side Bodo/Glimt and Dutch outfit PSV are also in Group A for the 2022-23 competition.

Arsenal boss Arteta said: ‘That’s a long time and I would like to be the first one to break that negative record.

‘But you have to start somewhere and it’s tomorrow, and it’s time to play well and earn the right to win the match.

‘This is a competition that we want to take very seriously against an opponent that is going to make life difficult for us, and we want to start the competition in the right way and maintain our momentum.’