Chelsea manager Thomas Tuchel and captain Cesar Azpilicueta have praised the reaction of Callum Hudson-Odoi after his 31-minute substitute appearance during Saturday’s 1-1 draw at Southampton.

The England international was withdrawn in the 76th minute at St Mary’s following his half-time introduction but will be part of the Blues travelling squad for their Champions League round of 16 first leg with Atletico Madrid on Tuesday.

Coronavirus travel concerns mean the tie will be played in Bucharest, not Spain and Hudson-Odoi is in line to feature against the La Liga leaders.

“We decided to speak to him in front of the whole group because I had my reasons to do it,” Tuchel explained. “Was it the right decision? I don’t know but it was my decision in this moment. For us in the group, we spoke as a whole group to not make it bigger than it is because for us it was not a big thing.

“I know that it could be sometimes and sometimes you reflect why you do it, should you do it because sometimes maybe the media and family make it bigger than it was meant. So I did it and we had the only reaction that we wanted. 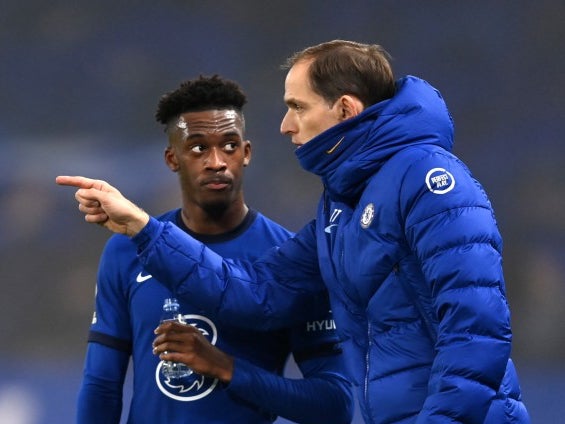 “I already said after the game this was the decision for today, this was the lesson to learn from today for him and for me also and we go on and then it is forgotten.

“That is absolutely the way so in here at Cobham, between us, between us two, between me and the team business as usual and no big thing.”

Captain Azpilicueta echoed Tuchel’s sentiments and backed the attacker to bounce back.

The defender added: “Obviously it is not nice to come on and be subbed after 25 or 30 minutes. That is very obvious and the manager made it clear.

“What was important was to see his reaction afterwards. A positive reaction. I am sure he will get better, he will get stronger. He is a young lad. When you face these kind of situations the most important thing is the reaction and straight away, the next day in training, the manager said the incident was over, he talked through it and that was it.

“Now we have another challenge. Callum is a strong boy. I am sure he will get better. He is a very important player for us, as we saw in the recent games, he has played every game under the new manager.”

Hudson-Odoi has featured in all of Tuchel’s seven matches but will have extra competition now Christian Pulisic and Kai Havertz are fit again.

Ex-Borussia Dortmund winger Pulisic has only started once under the German due to a calf injury while Havertz has not featured since the end of January.

“Very happy that both of them are in the group and they trained with us and have no complaints,” Tuchel said. “I am happy they travel with us.” 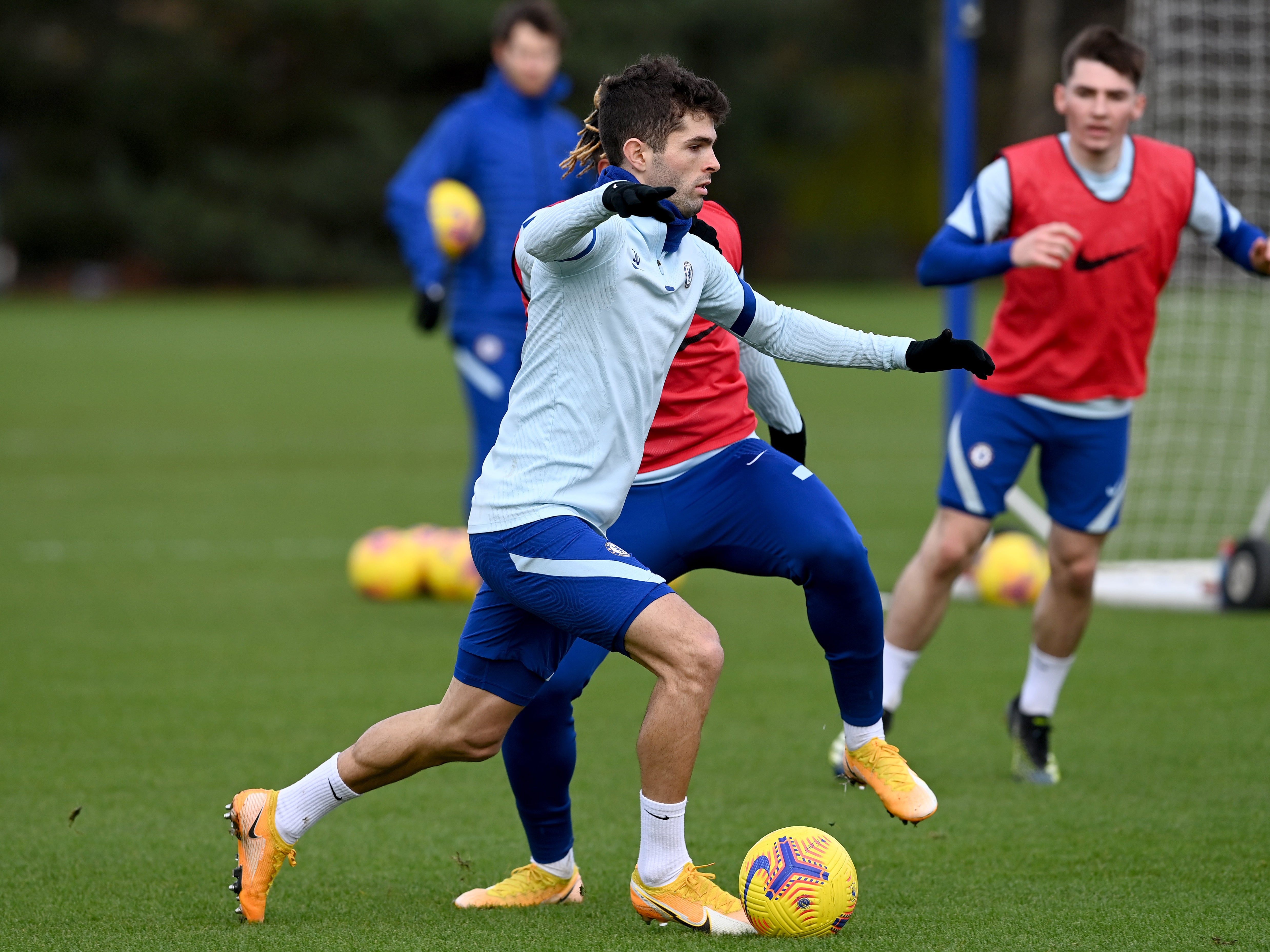 Christian Pulisic has only started one game under Thomas Tuchel

Centre-back Thiago Silva will remain absent despite returning to training as Chelsea turn their focus to Europe after a good run of results has improved their chances of a top four finish in this season’s Premier League.

Tuchel, with former club Paris St Germain, reached the Champions League final in August but insisted the competition does not represent a personal goal.

“This is exactly what I expect from all my players and all my teams that when we wear the Chelsea shirt, we play the Chelsea game and we instantly play to win and to give 100 per cent of effort and intensity.

“It is very nice and amazing and exciting to play Champions League games. The knock-out stage you know that you arrive at the highest level.

“When you play Atletico in the first round of the knock-out then you know you must be at your highest level and this is what we want to have. We feel confident and excited and at the same time focused.”