Home » Soccer » Thorgan Hazard: It would be ‘difficult’ to play at same club as Eden

‘It would be very difficult for me’: Thorgan Hazard doesn’t want to play at the same club as brother Eden Hazard

Although Thorgan Hazard spent three years at Chelsea, he never actually played a game for the club, being loaned out twice in that period.

Now he’s revealed that he doesn’t have a desire to play at the same club as his brother Eden Hazard, although he does enjoy the fact that they both play for the Belgium national side.

The pair are regularly in contact, but Thorgan admits that playing with Eden would be ‘difficult’ for him. 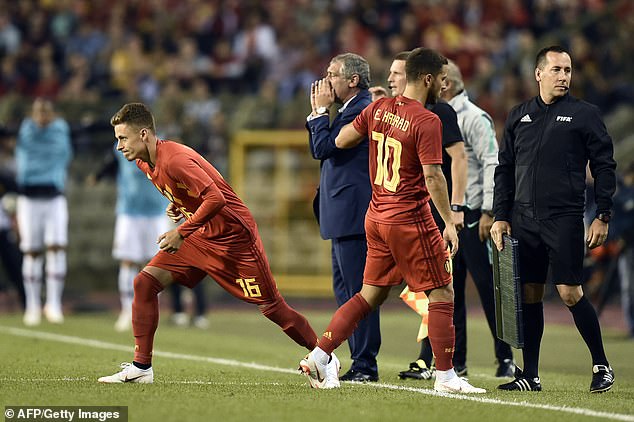 Thorgan Hazard was at Chelsea, but never actually played for the club and was loaned out 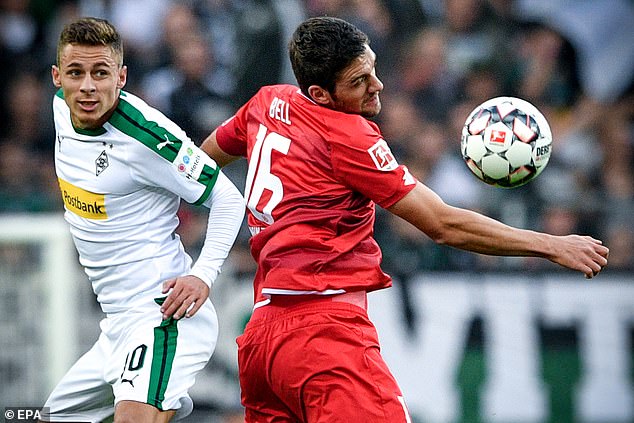 ‘I’m a different type of player than my brother,’ he said, according to Bulinews. ‘Eden is one of the best players in the world.

‘When I played for The Blues, I was too young to make the big jump. Chelsea is a huge club with outstanding players. For me, the decision to play for a different team was better.’

Thorgan Hazard now plays for Borussia Monchengladbach, and has scored 20 goals in 85 appearances for the German club. So far this season, he’s scored four goals and created three assists in eight games in the league.

‘We play together at the Belgian national team although we are unfortunately not always on the pitch at the same time. It feels good to play for your country with your own brother. 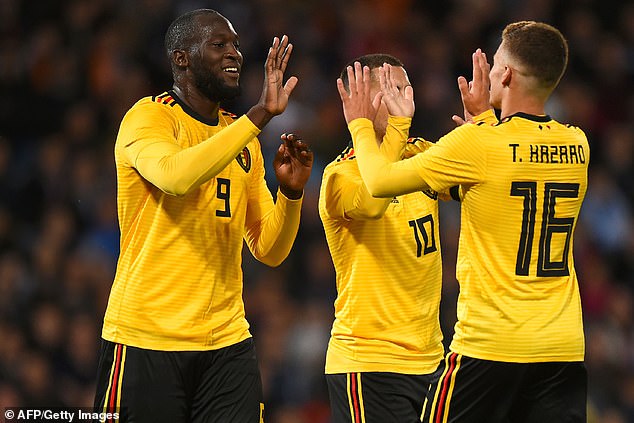 He enjoys playing with Eden for Belgium, but says it would be difficult to play at the same club

‘But in all honesty, it would be very difficult for me to play for the same club as my brother.

‘He is a bigger player than me. I can learn from him and still have a lot to work on.’

Eden Hazard is among the best players in the world, and has scored seven goals and got three assists in nine games for Chelsea so far this season.

There were reports that there was a buyback clause for Chelsea in Thorgan Hazard’s Monchengladbach contract. However the club claimed that there wasn’t one, and Chelsea may have now let it expire regardless. So, a reunion for the brothers is probably off the cards for now.

Thorgan says he still talks to his brother Eden a lot, although they tend not to speak about football.

‘…we don’t talk much about football… We rather talk about the family and the children. We have contact almost every day, but football is not the big issue.’