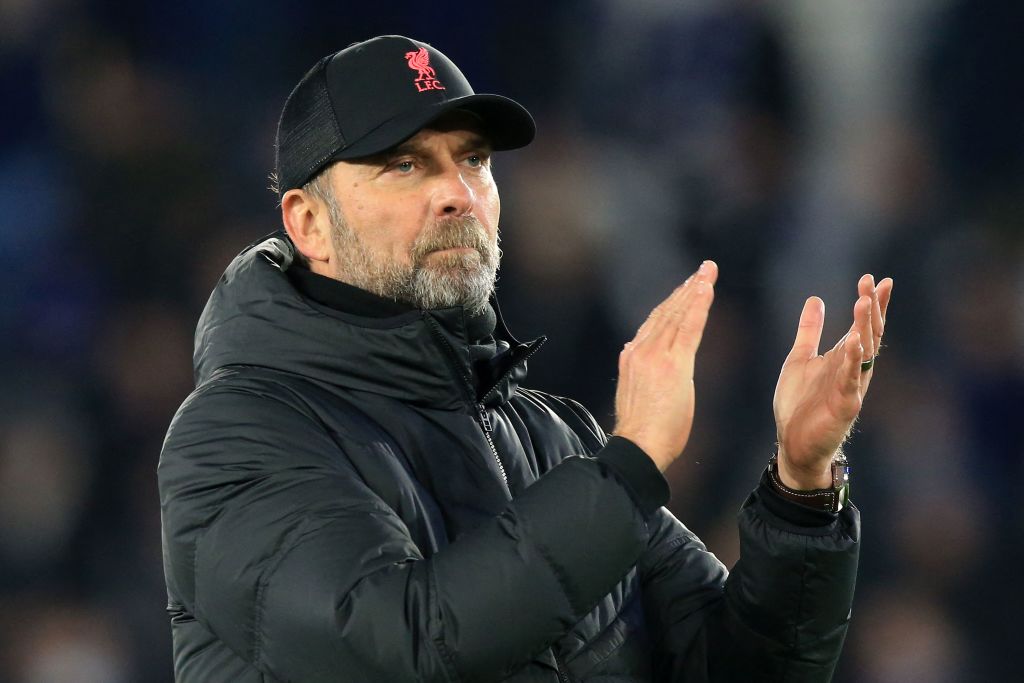 As Manchester City continue their rampant Premier League form, challengers Liverpool could lose further ground in the title race without a few signings in the January transfer window.

Pep Guardiola’s well-oiled machine has kicked into gear this season and they are blowing teams away, even without a recognised striker.

While Liverpool have inflicted some heavy defeats themselves – most notably the 4-0 win over Arsenal and 5-0 mauling of Manchester United – recent dropped points could turn out to be costly.

The Reds fell to a 1-0 defeat away at Leicester on Tuesday night, and that was with Mohamed Salah and Sadio Mane in the team.

But with Liverpool’s star forwards set to depart for the Africa Cup of Nations in January, their replacements will need to step up to fill the void.

The winter window affords the opportunity for the Merseyside club to strengthen their squad and potential new recruits in key positions could prove vital in their quest for the title.

Raphinha has comfortably been Leeds’ standout player this season, despite the evident struggles of Marcelo Bielsa’s side.

The 25-year-old, who the Yorkshire club signed from Rennes in 2020, has registered eight goals and one assist in 16 Premier League games this season and is a constant thorn in the side of his opponents.

With Leeds near the bottom end of the league table, Raphinha is being linked with a move away from Elland Road.

The likes of Liverpool, United and Bayern Munich have all been credited with an interest in the Brazilian.

But the tricky winger has a contract until 2024 and reports have indicated the club are even trying to extend his stay beyond the end of his current deal.

Should the player be tempted by a move to one of Europe’s elite clubs, Liverpool would make sense.

Although he would be unlikely to displace the potent Salah straight away, he could prove to be the long-term successor to the Egyptian, whose current contract is due to expire in the summer of 2023.

Salah has contributed 15 goals for Liverpool in the Premier League this season, while Mane is on seven for the campaign.

It would be extremely difficult to replicate those numbers for expected stand-ins Takumi Minamino and Divock Origi in January, meaning the Reds may need to get creative.

If they can’t get players in who can score the goals, they could look at personnel to feed Diogo Jota, who has registered a solid return of 10 top-flight goals this term.

A player who has also been linked with a switch to Anfield is West Ham’s Jarrod Bowen, with Jurgen Klopp said to be an admirer of the winger.

The hard-working 25-year-old’s two assists in the Hammers’ 4-1 victory over Watford in midweek took his tally to seven for the season.

Bowen also has three goals to his name in 19 appearances and could prove to be a smart addition for Klopp’s side, not only to cover for Salah and Mane, but going forward.

The former Hull City winger has been tasked with operating in multiple positions across the front line and would be a versatile asset.

The only question is whether the Hammers would let him go, given they are fighting to finish in the European places this season.

Renato Sanches has been busy rebuilding his career since his unsuccessful move to Bayern as a highly-rated teenager.

But fast forward to 2021, and the midfielder is thriving at Lille, having helped fire them to the Ligue 1 title last season.

Sanches has suggested that he is now ready for a step up to ‘big club’, with Liverpool, Arsenal, AC Milan and Barcelona some of the clubs reportedly interested in the playmaker.

‘Milan and Arsenal are maybe interested, I spoke with my agent about it but I can’t say any more,’ Sanches told L’Equipe in November.

‘I just know I’m ready. If the offer arrives I’ll evaluate it. Milan are a great club – historic, classy. I really like them.’

‘I was too young [at Bayern], but today I feel ready for a big club.’

Sanches would represent an upgrade on some of Liverpool’s current backup options in midfield such as Alex Oxlade-Chamberlain, James Milner and maybe even Naby Keita.

And at still only 24 years of age, with 32 caps for the Portugal national team, he could be worth a punt.