Home » Soccer » Toby Alderweireld or John Stones: Which defender would you want in your side? 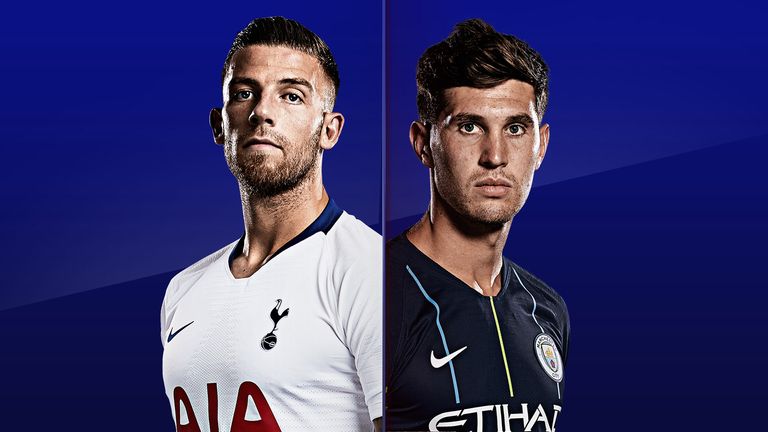 Ahead of Tottenham’s MNF clash with Manchester City we want to know who would make it into a combined XI of the two teams – and we are onto the centre-backs.

Pep Guardiola is hoping to build his defence around John Stones for years to come, who is building on a fine World Cup with England at the Etihad.

The former Everton defender has been regularly paired with Aymeric Laporte at the heart of the defence, as the pair keep Vincent Kompany and Nicolas Otamendi on the sidelines.

Toby Alderweireld has rightfully earned his reputation as one of the best in the division thanks to years of consistency for both Southampton and Spurs.

But which centre-back would make it into a team made up of Tottenham and Manchester City’s best players?

We asked our Soccer Saturday pundits who they would pick. See who they went, take our poll and then pick your combined Spurs-City XI with our interactive team selector below…

The Belgian is more reliable and experienced at the back, Stones has got talent but there’s always a mistake in him but Alderweireld is solid and dependable so you would rather have him in the heart of your defence.

I think Alderweireld is one of the best defenders in the world. I never see him get the run-around and he always looks solid. Stones has still got a ricket in him. He does not need to do some of things he does – he could have eight solid games on the trot but before long he will give you a chance. Alderweireld is the complete defender, plus, he has more experience which is key for a centre-back.

Alderweireld for me as he is currently more consistent than Stones is.

Stones should have an authority by now but he’s not getting enough game time to really show that authority on the pitch so, if I was picking on talent I would go with Stones, but the better defender right now is Alderweireld.