Julian Nagelsmann is reportedly viewed behind the scenes at Spurs as the ideal replacement for Jose Mourinho, should the Portuguese be dismissed of his duties. The former Chelsea and Manchester United manager is now on the brink after his Spurs side were dumped out of the Europa League by Dinamo Zagreb in embarrassing fashion.

Tottenham appeared to think the job was done following their 2-0 win in north London just over a week ago but the Croatian underdogs refused to lie down.

Their desire and heart was rewarded when Mislav Orsic gave the hosts hope with a stunning 25-yard drive.

The winger, who nearly joined West Brom in January 2020, then fired Dinamo level to send the game to extra-time.

He then completed his hat-trick with an incredible individual effort that left Mourinho wondering how this tie had got away from Tottenham, with his job now under serious threat. 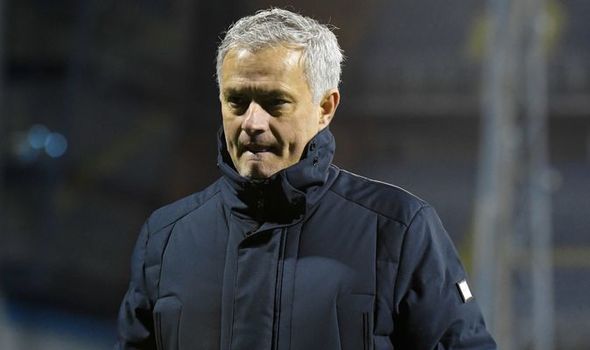 According to The Daily Mail, Mourinho will now face the sack should he not secure a top-four finish and the club already have ‘the perfect candidate’ in mind to replace him in Nagelsmann.

Behind the scenes, he is allegedly considered to be the ideal successor for Mourinho and the German already has plenty of admirers in the Tottenham boardroom.

His salary demands also make him an attractive option, particularly when compared with Mourinho.

The RB Leipzig boss nets a reported £6million-a-year, while Mourinho pockets around £13m.

Unfortunately for Daniel Levy, he did not include a break clause in Mourinho’s Tottenham contract.

It means the Spurs manager is entitled to a bumper pay-off, should Tottenham decide to pull the trigger.

Spurs would be set to keep Mourinho on gardening leave if they did decide to cut his time at the club short. 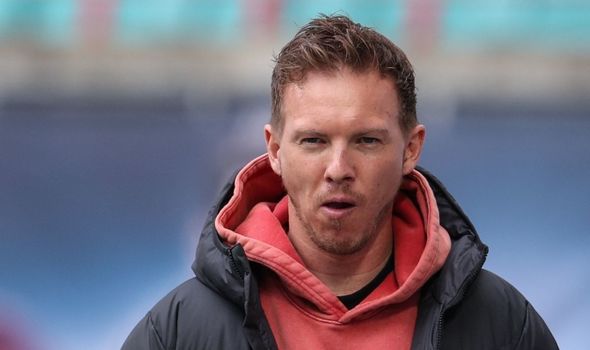 Tottenham are now desperate to ensure they qualify for Europe next season via the Premier League table.

Spurs are currently six points adrift of Chelsea but do have a game in hand on their London rivals.

Levy simply cannot afford to miss out on the additional revenue which will have a huge say on the summer transfer budget.