Tottenham may have a way out of paying Jose Mourinho £30million should Daniel Levy decide to sack the Spurs boss at the end of the season. Tottenham have endured a mixed season under Mourinho in his first full campaign in charge.

The Portuguese coach took over from Mauricio Pochettino in November 2019 with Mourinho coming in to steady the ship.

He was heavily backed in the summer transfer window as well with the likes of Pierre-Emile Hojbjerg, Sergio Reguilon and Gareth Bale all being signed.

And Tottenham started the season looking like potential title contenders with both Harry Kane and Son Heung-min scoring goals for fun.

But results soon took a turn for the worse over the festive period with Tottenham slipping down the table. 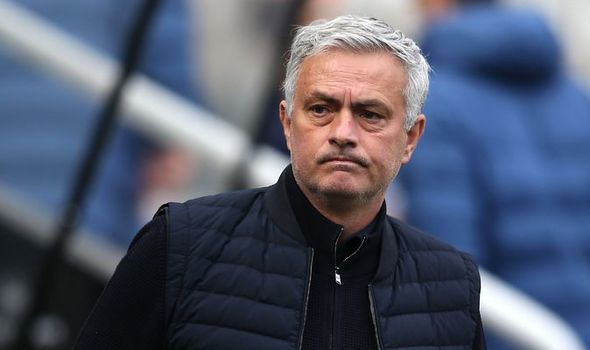 Spurs have since picked up strong results against Burnley, Crystal Palce and Aston Villa.

And Chelsea’s surprise defeat to West Brom at the weekend gave Tottenham a great chance to climb back into the top four against Newcastle.

Joe Willock scored a late equaliser for the Magpies though with Spurs missing out on the opportunity to climb about Thomas Tuchel’s side on goal difference.

The result has seen Mourinho come under increased pressure yet again with just eight games remaining for the Spurs boss to gurantee European football for next season.

And, according to the Daily Mail, whether they qualify for next year’s Champions League or Europa League will have huge ramifications on Mourinho’s compensation package should he be fired this summer.

The report states that Levy wants to give Mourinho until the end of the campaign to see where the club finish in the table.

It’s been claimed that Tottenham will have to fork up the £30million left on Mourinho’s contract should he be sacked. 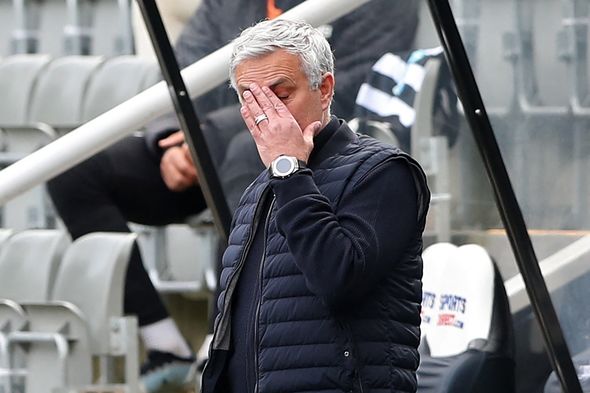 But it is reported that if Tottenham fail to qualify for a European competition then Mourinho’s compensation package will be ‘signicantly’ less.

Mourinho will reportedly get closer to £20m should Levy decide to move for a different manager this summer.

But there is still plenty of optimism for Mourinho to turn things around at Tottenham before the season finishes.

They still have the EFL Cup final against Manchester City at the end of the month which could yield Tottenham’s first piece of silverware since 2008.

And, while the result against Newcastle was disappointing, they’re still very much in the mix to finish inside the top four.