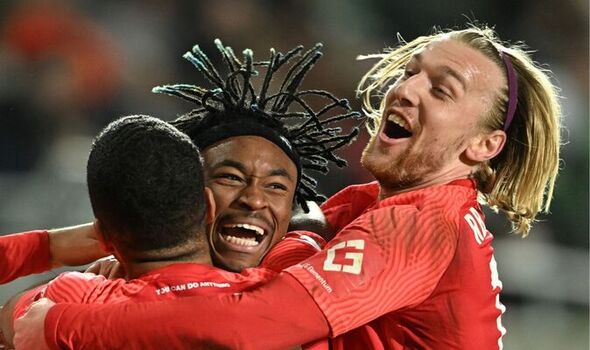 Tottenham ‘really like’ RB Leipzig star Mohamed Simakan after extensive scouting of the 22-year-old, who has emerged as a new potential defensive target for Spurs, according to reports. The Frenchman only joined the Bundesliga club from Strasbourg last summer after a £14.6m deal was struck with the Ligue outfit in March 2021.

But following an impressive debut season in Germany, Tottenham are now beginning to take note of his star quality.

Antonio Conte is looking for two new defenders with a left-sided centre-back of priority as he looks to complete his backline for the 2022/23 campaign.

Fabio Paratici has been working around the clock to try and bring in a new central defender but so far, to no avail.

Alessandro Bastoni has opted to remain with Inter Milan while Pau Torres and Josko Gvardiol are two names that have seen little progress. 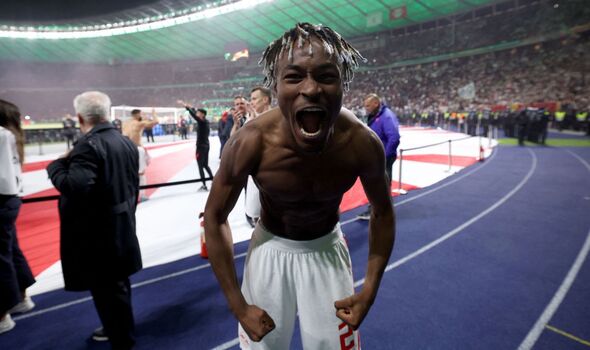 According to transfer expert Fabrizio Romano, Simakan is an outside name of firm interest. He told Wettfreunde: “Tottenham’s goals in central defence will depend on the price. I can tell you that one of the players they have been watching for a long time is Mohamed Simakan from RB Leipzig. Another player they greatly appreciate is Josko Gvardiol. These are two players who really like them, but it depends on the price.

“We know how difficult it is to negotiate with Leipzig. In terms of top goals: Pau Torres was on the verge of moving to Tottenham a year ago. It could happen this summer, depending on the negotiations with Giovani Lo Celso. But so far there is nothing concrete. We heard rumours about a possible move for Torres a few days or weeks ago. But at the moment there is nothing in sight.”

Romano added that Bastoni was still of interest, despite the Italian highlighting his commitment to Inter, he added: “Alessandro Bastoni was a top target, but he remains with Inter. Milan Skriniar would have the opportunity to leave. Maybe to move to PSG, who are ahead at the moment. But Bastoni is a really complicated matter.

“I’m sure Tottenham will get a central defender because Antonio Conte really wants one. For the moment, you have to keep an eye on RB Leipzig’s attackers in particular. But they are not easy to negotiate.

“I wouldn’t be surprised if Fabio Paratici (Tottenham’s sporting director) conjures a surprise out of the hat, because he is washed with all waters.”

There could be departures in defence in north London with Joe Rodon attracting interest from Nottingham Forest.

Davinson Sanchez is also a player of interest to Monaco and the Colombian could be in line for a new challenge after losing his place in Conte’s side.

Paratici is also working on the arrival of a forward to bolster Conte’s options in attack.

Raphinha is a player of firm interest while Richarlison of Everton has also attracted admirers.

Tottenham are also in talks with Everton over the sale of Harry Winks, who could leave for Goodison Park in a £20m deal.

Spurs have already got three signings over the line and more are expected to follow with Djed Spence still high on the agenda.