Tottenham fans face travel nightmare after 7.45pm kick-off at Wolves with last train to London leaving just 12 minutes after full time… but they can take £10 club coach home instead

Tottenham fans could be forced to leave Saturday’s game at Wolves before the full-time whistle if they want to travel back to London by train.

The Premier League fixture at Molineux is an unusual 7.45pm kick-off, meaning it will finish at 9.30pm if there is no added time in either half.

That would leave visiting supporters just 12 minutes to make the 9.42pm service from Wolverhampton to London Euston – and even less if referee Mike Dean adds on time for injuries, substitutions and other incidents. 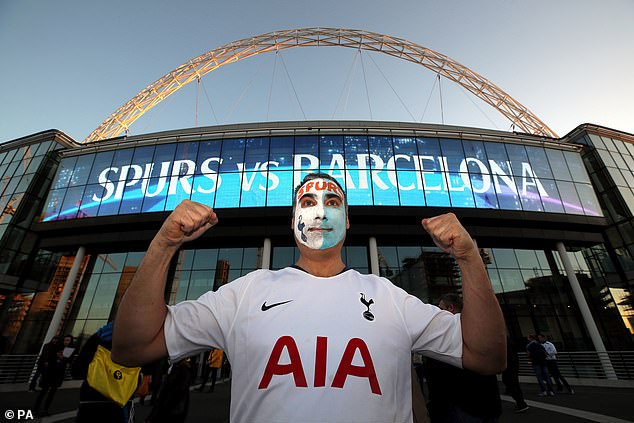 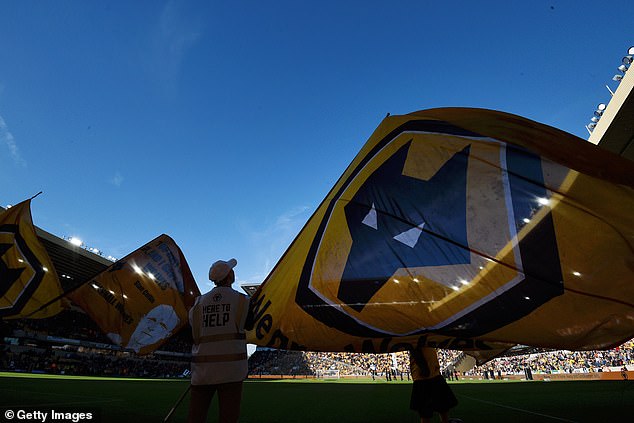 The game at Molineux doesn’t kick-off until 7.45pm and has caused travel problems for fans

With the walk from Wolves’ stadium to the station taking around 15 minutes and traffic around the ground set to be heavy, those with train tickets are likely to need to leave early if they want to make it back to the capital on Saturday night.

The 9.42pm train, which requires a change at Birmingham New Street and doesn’t arrive into Euston until 12.40am, is the last service to London from Wolverhampton.

Those who miss it face paying for accommodation and staying overnight in the West Midlands, with no other trains back to London available. 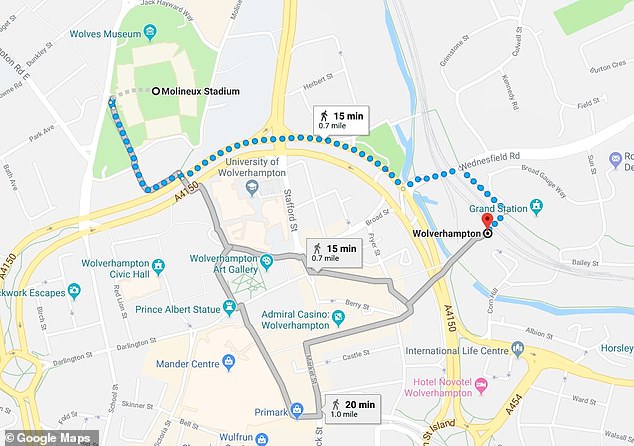 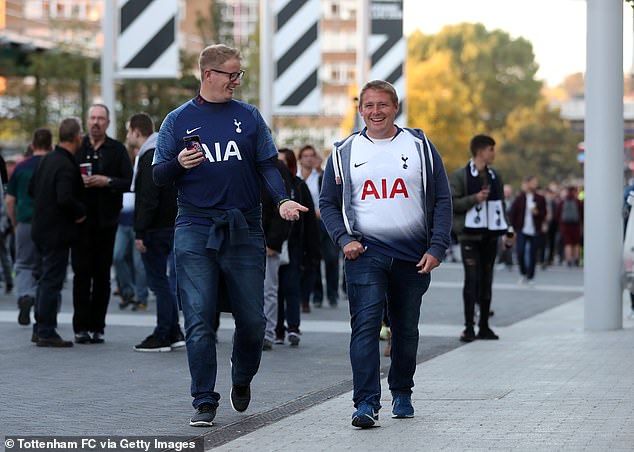 Tottenham looked to combat these difficulties earlier this month by offering return coach travel to fans for just £10.

The subsidised journey was available to season ticket holders and members with a ticket for the game, which will see Mauricio Pochettino’s men play for the third time this week.

In a statement on their website, Spurs wrote: ‘We are delighted to be able to offer season ticket holders subsidised coach travel to our Premier League fixture against Wolverhampton Wanderers at Molineux on Saturday 3 November (kick-off 7.45pm).

‘For our trip to Wolverhampton we are aware of limited rail services post-match that will make public transportation back to London difficult.

‘We have a large and loyal fan base and we are pleased to be able to assist supporters in making this trip with subsidised return coach travel priced at £10 per person.’