Tottenham fans vented their anger after Wednesday’s dismal defeat at home to Chelsea by getting #LevyOut and #ENICOut trending on Twitter.

Spurs were beaten 1-0 by the Blues in the second leg of their Carabao Cup semi-final, meaning they crashed out of the competition with a 3-0 aggregate loss after last week’s 2-0 shortcoming in the first.

Antonio Conte’s men rarely troubled their London rivals over the course of the two legs, creating merely a handful of half-chances in just under 200 minutes of football. 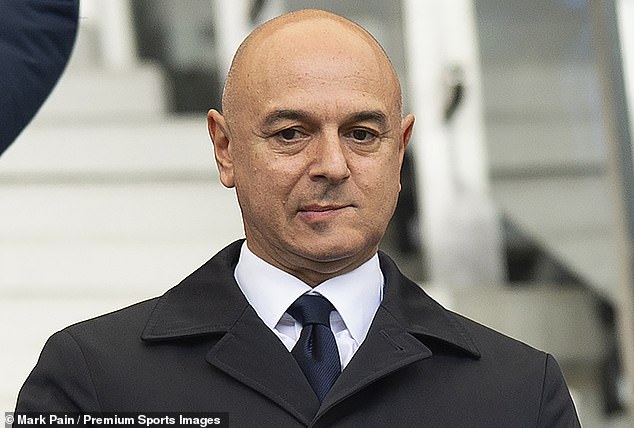 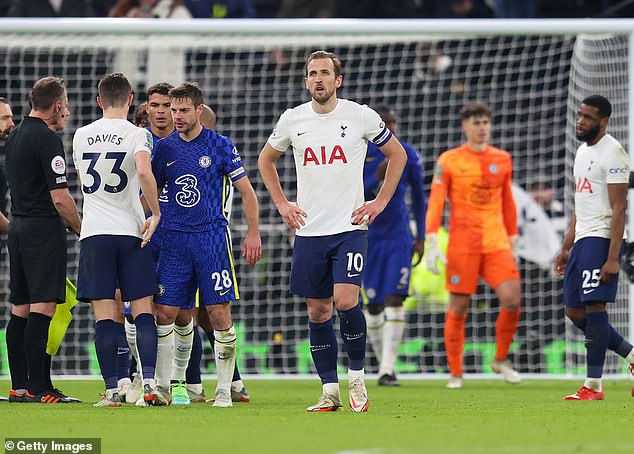 It has been a miserable season so far for Spurs, who still find themselves sixth in the Premier League table despite replacing Nuno Espirito Santo with Conte back in November.

And the club’s supporters clearly felt their latest defeat marked a new low, as they quickly took to Twitter to call for chairman Daniel Levy and their ENIC Group owners to leave amid a 14-year wait for silverware.

The hashtags ‘LevyOut’ and ‘ENICOut’ were trending on the social-media platform at one stage, highlighting the sheer number of Spurs fans demanding a change. 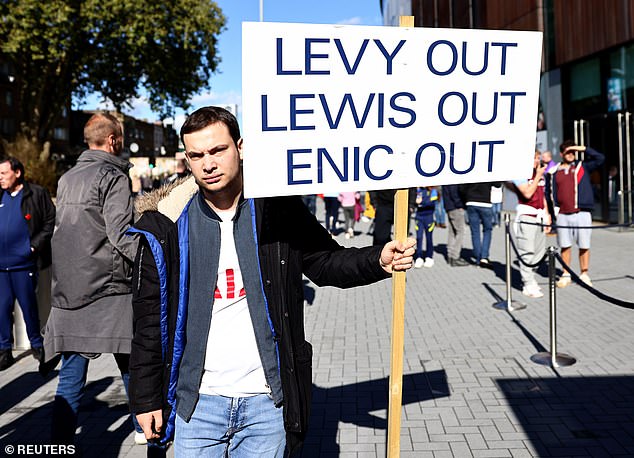 One user wrote: ‘Another example of how far we need to go to compete both on the pitch and off. Another transfer window we sleepwalking through. Not even any bull s*** rumours to get excited about just nothing. #BackConte #LevyOut’.

Another compared their woes with Chelsea’s recent success and said: ‘Basically this is just the story of two owners. One whose only metric is to win trophies. And one whose metric is to own the club as if its trophy. Please get the poison out of the club and get owners who want to compete and invest. #ENICOut #LevyOut’.

A third put: ‘Don’t get it twisted, We’re a mess, without Conte we are bottom half team facts.. #ENICOut #LevyOut #BackConte’.

While one simply said: ‘Don’t even blame Conte if he walks this board and owner are a joke #ENICOut #LevyOut’.